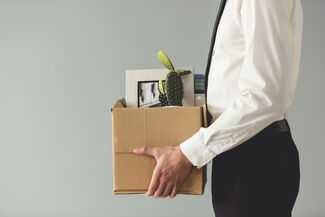 There are many reasons someone may be fired from their job, but sometimes these reasons aren’t fair. In some cases, they may even be illegal. That’s often called wrongful termination, wrongful discharge, or wrongful dismissal. So what’s wrongful about it? And why does it matter?

What Is Wrongful Termination?

Wrongful termination doesn’t just mean you disagree with the reasoning behind your dismissal (although that is often part of it). Wrongful termination occurs when a worker is fired in an improper way or for improper reasons.   There are a number of reasons you may have been fired that are both wrongful and illegal. Those include:

Wrongful termination as an act of retaliation: When this occurs, the employer is punishing an employee for an action. Retaliation comes in a number of forms: One example would be if an employee reported their boss to HR, and the boss retaliated with dismissal. Another would be if an employee reported their company to a government agency like the Equal Employment Opportunity Commission (EEOC), and the company in turn terminated the employee. While wrongful termination can be a result of retaliation, it can also include demotion, harassment, refusal for promotions, alteration of benefits, and changes to the worker’s job assignments. Wrongful termination as an act of discrimination: While it’s illegal for an employer to fire a worker due to their race, gender, or age, it happens all the time. (In some states, however, it’s legal to fire workers on the basis of their sexuality.)  Wrongful termination of a whistleblower: Whistleblowers are responsible for alerting the government and/or the general public to a company’s misdeeds. As such, in their dutiful reporting, they often become targets in the workplace.  Keep in mind that just being fired “without reason” isn’t necessarily wrongful termination. Many states allow “at will” employment, which means the employer is not required to provide advance notice of termination, and it can take effect immediately and without severance pay.

What Is Constructive Dismissal?

While constructive dismissal is similar to wrongful termination, it’s not the same. It’s more closely linked to retaliation and the effects that retaliation has on an employee. In constructive dismissal, a worker leaves their own job — they are not terminated but rather resign or quit — because their rights have been violated. In this situation, workers feel that they have no options rather than quitting to either resolve personal stress or exit a hostile workplace situation.

What Do I Do if I Suspect I’ve Been Wrongfully Terminated?

If you think you were fired without proper cause, contact one of our employment litigation attorneys. You may be owed back pay, unpaid wages, or other forms of compensation. We’ll help you fight for what you’re owed.