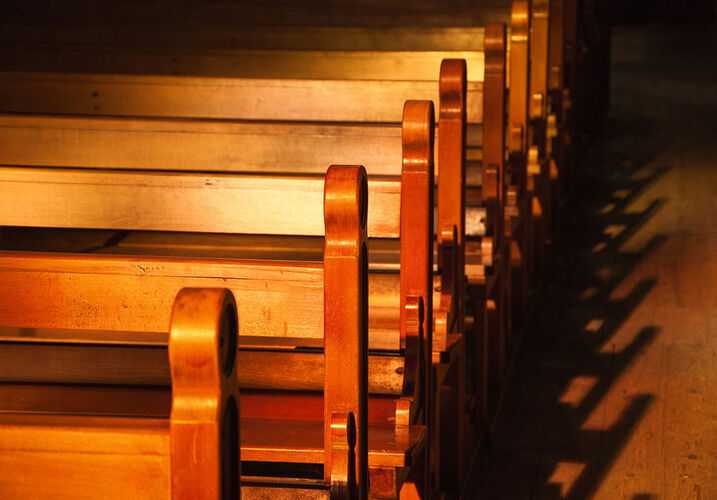 As countless people around the world rang in the New Year and made their 2017 resolutions, the Holy See issued a more solemn vow. Pope Francis released a letter on Monday declaring a “zero tolerance” policy for sexual abuse in the Catholic Church.

“I would like us to renew our complete commitment to ensuring that these atrocities will no longer take place in our midst,” Pope Francis said in his letter, according to The Guardian. “The church recognizes the sins of some of her members: the sufferings, the experiences and the pain of minors who were abused sexually by priests. It is a sin that shames us.”

Pope Francis’s message offers hope to victims, who have previously feared coming out of the shadows. In the past, a lack of transparency and fear made it difficult for victims of sexual abuse to approach the church and get justice.

If truly held accountable, this program could mark a change in how the Catholic Church addresses its victims of sexual abuse beginning this year.

Cardinal Timothy M. Dolan founded the Independent Reconciliation and Compensation Program of the Archdiocese of New York as an attempt to help victims in New York heal from the trauma of sexual abuse.

“I wish I would have done this quite a while ago,” said Cardinal Timothy M. Dolan in an interview, according to a report by the New York Times. “I just finally thought: ‘Darn it, let’s do it. I’m tired of putting it off.’”

Could the IRCP Be a Model for Future Diocese Accountability?

In founding the IRCP, Cardinal Timothy M. Dolan expressed his hopes for the program to become a model for other diocese to help their victims heal, according to a report by the NYT. And the highly-publicized nature of this program is certainly a shift from previous approaches to dealing with abuse allegations.

The Catholic church’s process of handling the 3,400 cases of abuse reported since the 2004 priest sex abuse scandal was shrouded in mystery. Only in 2014 did the Vatican provide a breakdown of these sex abuse case statistics: 848 priests were defrocked and 2,572 priests were sanctioned with lesser penalties, according to CBS News.

Furthermore, the Vatican did not explicitly require credible cases of alleged sexual abuse to be reported to the police until 2010. Prior to this, cases of abuses often resulted in the shuffling of priests between diocese, according to reports by the Vatican’s U.N. ambassador Archbishop Silvano Tomasi. This lack of oversight put vulnerable children at risk of future sexual abuse.

U.S. victim’s group, Survivors Network of those Abused by Priests (SNAP), lauded the Vatican’s decision to release this data. "Every step toward more transparency about clergy sex crimes and coverups is good,” a SNAP spokesperson explained to CBS News.

Could the Independent Reconciliation and Compensation Program of the Archdiocese of New York continue the trend of increased transparency? And how exactly will the IRCP ensure victims of sexual abuse get the justice they deserve?

Phase I and II of the IRCP

The IRCP will be helping victims in two phases, both of which take place in early 2017. The first phase, which specifically focuses on the approximately 170 known victims of sexual abuse who have not received settlements from the Archdiocese, opened for claims on Oct. 6, 2016 and ends this month.

All claims submitted for Phase I must be postmarked no later than Jan. 31, 2017, according to the Archdiocese. Those eligible for Phase I of the IRCP who submit claims will receive a payout within 60 days from the date the claim is deemed eligible by the Archdiocese, according to the program. This phase gives victims a chance to seek some form of justice, as New York's strict statute of limitation (SOL) laws would otherwise limit this possibility.

Phase II is for those victims of the Archdiocese who are still in the shadows and have not made their abuse known. Those who wish to participate in this phase, when begins on Feb. 1, must provide their names, contact information, the name of the alleged perpetrator, and other information in order to file a claim.

Are you a victim of sexual abuse by a priest in the Archdiocese of New York? If so, you may be entitled to compensation through a clergy sex abuse lawsuit. There is a time limit on when you can submit a claim, so do not hesitate to contact our attorneys today at 877-785-3815. We want to help you.