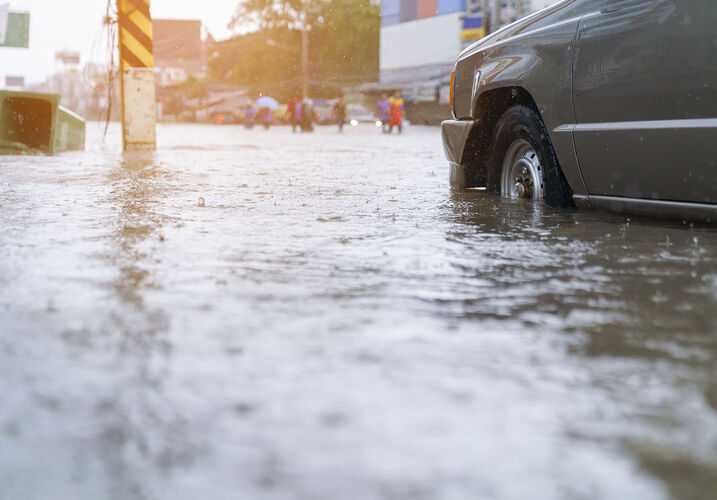 When completed in 1924, the hydroelectric dam built across the Tobacco and Tittabawassee Rivers was a marvel of civic engineering. Standing nearly 683 feet tall at its peak, and stretching 6,200 feet long, the Edenville Dam was built to harness nature and provide electricity to the people and industry of Midland and Gladwin counties in central Michigan.

The completed dam created a new reservoir: it was named Lake Wixom after its builder, Frank Isaac Wixom. It was part of a network of dams built by Wixom and his Tittabawassee Power Company, which intended to provide electricity and flood control to the area. This included the nearby Sanford Lake Dam, completed in 1925.

The confluence of the Tobacco and Tittabawassee Rivers had long been a source of destructive flooding in springtime. With the construction of the dams, it was hoped that this flooding would at last be brought under control, while at the same time providing electrical power.

In 1998, Boyce Hydro Power was granted a license to take over ownership and operations of the dam.

The first major flood to follow the construction of the dam occurred in spring 1943, when the Midland gauging station measured peak water discharges of 28,000 cubic feet per second. Further floods occurred in 1946, 1948 and 1986 — each time, the peak water discharge rate rose a little more, until it reached 39,000 cubic feet of water per second in 2017.

Clearly, the area’s flooding problem was getting worse, and the capacity of the dams to handle it was in doubt. In 2018, the Federal Energy Regulatory Commission (FERC) revoked Boyce Hydro Power’s license of Boyce Hydro Power. The commission, citing concerns that the dams did not have the spillway capacity to handle a worst-case scenario flood, handed over operating power to a government body called the Four Lakes Task Force.

On May 19, 2020, the disaster predicted by FERC came to pass. Major spring flooding overwhelmed the dam network’s capacity, with water rushing over the top of the Sanford Lake Dam and causing a catastrophic breach in the Edenville Dam.

The unleashed water discharge has wreaked havoc across both Gladwin and Midland counties, including the town of Edenville and the city of Midland. The Dow Chemical plant lies within the flood zone, and following reports of water reaching the chemical containment ponds, there is now concern about chemical contamination.

Morgan & Morgan attorneys are investigating claims on behalf of residents with property in the flood zone, and are committed to holding those responsible for this disaster accountable. If you have a home or other property inside the flood zone, or have suffered other economic losses as a result of the flood, you may be eligible for compensation. Click here to find out more.