On the Ground: Viewpoints From People Affected By Dam Failures 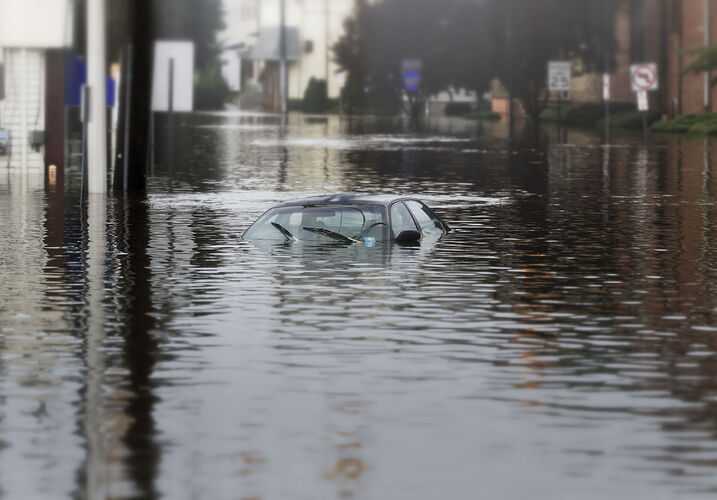 In the face of a disaster, we often consider long-term impacts to the economy and to the environment. But in that consideration, we may forget how these natural disasters affect the people displaced by them.

Roughly 10,000 people were forced to evacuate their homes after the Edenville dam failures in Midland County, Michigan. The National Weather Service called the flooding a "life-threatening situation."

Many have experienced yet-unseen damage to their homes and property. Some may be facing injury, though as of now, the City of Midland stated that there have been no fatalities or significant injuries reported. Amid the COVID-19 pandemic, many citizens have to live in close proximity in pop-up shelters designated for evacuees.

Some had to evacuate more than once, like Catherine Sias, who lives a mile from the dam.

“We were back at home and starting to feel comfortable that things were calming down,” she told NBC. “All of a sudden, we heard the fire truck sirens going north toward the dam.” As she evacuated for a second time, she said she saw the Tittabawassee River rush by: “It was very dramatic, very fast and full of debris.”

Sue Baranski, a resident of nearby Sanford, called the devastation “scary-looking.”

“When you’re sitting in a house high and dry, looking at the tulips blooming, you don’t get the full effect of what the county is going through,” she told the New York Times. “It’s disastrous. Between the devastation from the flooding, and the virus, and the small business owners trying to make their way through that, it’s just too much.”

According to the Washington Post, so many supplies had been donated to the Midland High School makeshift shelter that, per the superintendent, no more would be accepted.

Susan Smith, a retired dance instructor, told the Washington Post that she knew evacuation was necessary. All the same, the shelter presents issues despite its security.

“I got a place to sleep, and there’s hand sanitizer and soap, and they tell you to practice social distancing, but in a moment like this, it’s like, what can you do?” Smith asked.

Dave Percha, who’s staying in the same shelter, lost his job two months ago due to coronavirus, he told the Detroit Free Press — “I’m just waiting for the meteor,” he said.

Others in the area were already impacted by COVID-19 and are taking another hit with the flooding. Jeff De Vaney, the owner of the Amazing Deli on Main Street, had suffered slow business during construction on a pedestrian walkway that took nearly a year. He was just getting back on track.

“Everything was going really good — February and January were the best months that we’ve had in years — and then the Covid hit,” De Vaney told the New York Times. “Covid just really took the wind out of our sails. Our normal production has been down about 50 percent.”

With the current flooding, he is again unable to open his business.

With social distancing measures in place in shelters, there’s an added layer of stress to the evacuation. Beds are placed at 6-foot distances and residents are wearing masks, but there’s no avoiding space constraints.

"I feel like I've said this a lot over the last 10 weeks, but this is an event unlike anything we've seen before and we've got to continue to all work together to observe best practices, do our part to help one another, and to wear our masks and continue to try to social distance,” Governor Gretchen Whitmer said at a news conference.