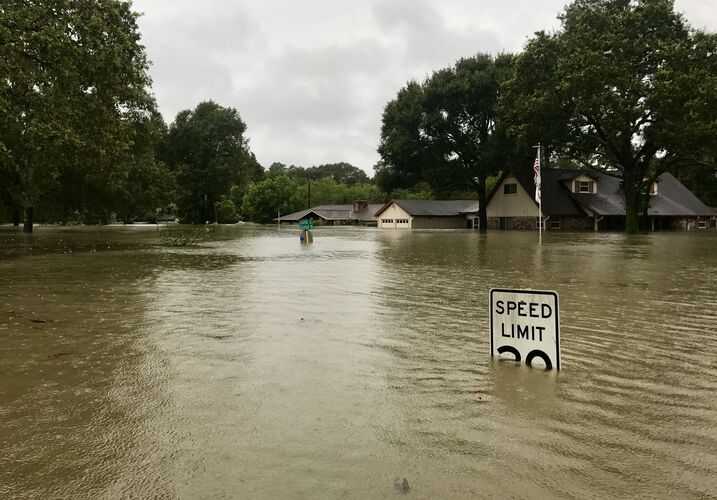 Ten thousand people in central Michigan were forced to evacuate their homes today after two hydroelectric dams, in Edenville and Sanford, were overrun with water from the Tittabawassee River and connected lakes.

Governor Gretchen Whitmer declared a state of emergency in Midland County. At a press conference, she called the dam failures “devastating” and said, “Experts are describing this as a 500-year event. It’s going to have a major impact on this community and on our state.”

By this morning, the Tittabawassee River had reached a height of 34.4 feet: the highest ever for the river. Some residents of Sanford, a town of around 800 people, returned home to find their houses floating away and their cars flipped over.

The downtown area of Midland, a city of 42,000, could be under nine feet of water by tonight, Whitmer said. “We are anticipating a historic high water level.”

A Wixom Lake resident, Linda Chartrand, told CBS News that she had to flee her home. “Our whole life was in that house underwater,” Chartrand said. “We called the insurance company and they said they won’t cover anything.”

Though many property insurance policies classify floods, hurricanes, and other disasters as unforeseeable “acts of God,” there were warning signs that the Edenville Dam would not hold.

Since 1998, federal regulators have been sounding the alarm about the Edenville Dam’s inadequate capacity. In 2018, the Federal Energy Regulatory Commission (FERC) said that the dam’s operator, Boyce Hydro Power, has a “long history of noncompliance” and “has repeatedly failed to comply” with FERC recommendations to create additional spillways to increase capacity. According to FERC, the dam’s flood capacity was only half what it should have been.

The commission went so far as to propose revoking Boyce Hydro’s license, writing, “(Boyce) failed to increase the capacity of spillways to enable them to pass the probable maximum flood (PMF) as required by Regional Engineer directives.”

FERC added that "failure of the Edenville dam could result in the loss of human life and the destruction of property and infrastructure."

Shelters have been created for the thousands of displaced residents, and the National Guard has been deployed to assist with emergency response. President Trump is expected to visit the state on Thursday.

The timing of the flood — in the midst of the COVID-19 crisis — could hardly be worse. Still, Governor Whitmer struck a chord of solidarity and strength: “We've got to continue to all work together. To observe best practices, do our part to help one another and to wear our masks and continue to try and social distance in this moment.”

“When the chips are down,” Whitmer said, “the people of Michigan are able to rise up. We're tough, we're smart and we care about each other.”