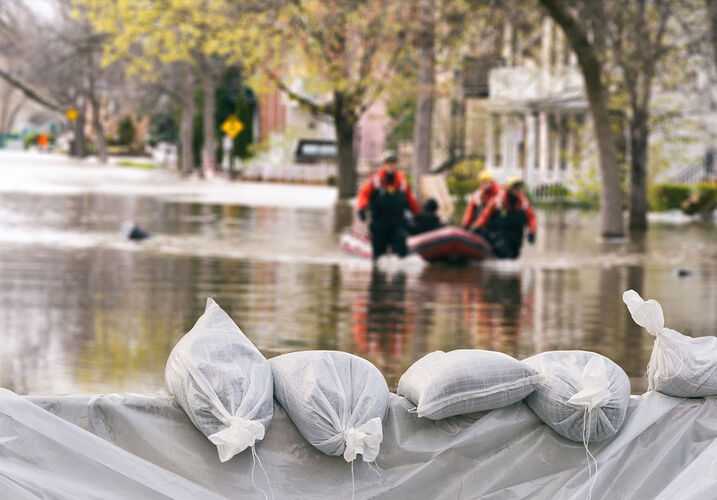 What do the dam failures in Michigan mean for these communities going forward?

Some 10,000 people were forced to evacuate the Midland region of Michigan, which has a total population of more than 41,000. Nearly 1,000 additional residents in nearby townships were also ordered to leave their homes.

Officials said they expect it will be days before the waters recede to normal river levels. They’re warning residents that it could take several days until they can return home. Once residents are allowed to go home, it is still unknown what kind of devastation they may find.

Beyond the initial impact of forced evacuation and flooding, here is a breakdown of how the dam failures are impacting the Midland region and its residents.

Local news stations report that more than 20 state trunkline and local agency bridges have been impacted by flooding and will require “extensive inspections prior to reopening to the public.”  Several bridges have also suffered damage that will need to be repaired before reopening.

The Michigan Department of Transportation (MDOT) is tracking all road and bridge closures on a map here. MDOT, which is monitoring all high-water situations and how they impact roads and bridges, expects more closures.

MDOT Bay Region Engineer Robert Ranck Jr. told WKZO that many of these bridges won’t reopen in the next week. He added that the department is working on establishing emergency contracts to begin inspections and repairs to structures as soon as water levels recede enough to allow that work.

Some areas of the Midland Michigan region are experiencing sanitary sewer disruption as a result of the flooding conditions, local media reports. This will also impact when residents will be able to return home.

The City of Midland’s website reported that five sanitary sewer pump stations operated by the city’s wastewater treatment plant were overtaken by flood waters. The city has a map that shows the locations of these pump stations and their service areas.

Sewer backups containing storm water and sanitary wastewater may occur for residents in the impacted areas.

The city warned that residents in those areas would not be allowed to return to their homes until service at the pump stations is restored.

Perhaps the biggest impact of the forced evacuation is that it takes away residents’ safe place during a pandemic.

Governor Whitmer encouraged residents to wear masks and practice social distancing, even if they were forced to evacuate their homes. She also acknowledged that social distancing could be difficult for evacuees — especially if they were housed in the shelters that had been set up in the area.

Shelters have opened at several high schools in the area, including Midland High School, Bullock Creek High School, and Coleman Community High School. Another shelter was set up at The West and North Midland Family Centers.