ADA on the Go: Ridesharing and Bus Companies Face Allegations They Violated the Important Law 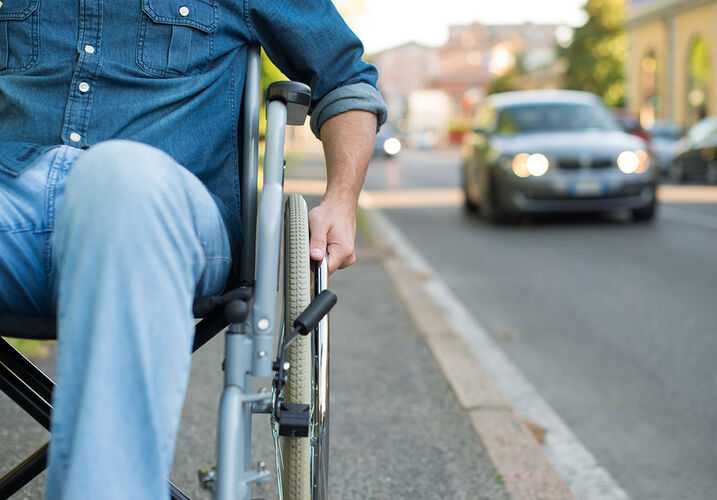 Uber is in the seat for not potentially complying with the Americans with Disabilities Act. Access Living, a Chicago-based advocacy group, alleges in an Oct. 13 lawsuit that the ridesharing company is underserving people with disabilities, according to Law360. This lawsuit underscores the types of challenges people face when relying on transportation companies to provide reasonable accommodations.

The Americans with Disabilities Act of 1990 prohibits discrimination and ensures equal opportunity for persons with disabilities in employment, government services, public accommodations, commercial facilities, and transportation. However, some transportation companies are under fire for not complying with those requirements. Here are four of them.

The world’s most popular ride-sharing app company is at the center of Access Living's lawsuit over ADA compliance. Access Living alleges that the company is unfit for people who use motorized wheelchairs, in violation of the ADA.

Specifically, the organization alleges that from September 2011 to August 2015, Uber only provided 14 rides to those with motorized wheelchairs, out of millions of rides given during that time, according to Law360.

A spokesman for Access Living also pointed out the unavailability of UberWAV cars in Chicago, according to Law360. UberWAV vehicles are designated for people who need additional assistance and provides customers with vehicles equipped with wheelchair ramps, or lifts.

Access Living had lobbied Uber to provide more wheelchair-accessible services to motorized wheelchair users, but the services never came to fruition, according to Law360.

Justin Cooper, a plaintiff in the suit, said that he wants to use Uber, but feels unable to do so because of the lack of accessible vehicles in Chicago.

“My wheelchair cannot transfer into a regular Uber vehicle, and even if I were lucky enough to find a wheelchair-accessible vehicle operating, I would have to wait for that vehicle to cross the city to reach me. No one would use Uber if the entire service worked this way,” Cooper said.

Accessing Living wants an order to force Uber to provide more wheelchair-accessible vehicles, according to Law360.

Get Me, a ridesharing service that entered the Austin market after Uber and Lyft left amid a regulatory battle, was hit with a September lawsuit by the National Federation of the Blind of Texas. The organization accused Get Me of not working properly with text-to-speech software or mobile braille display like other apps, according to Austin Business Journal.

The lawsuit also says that blind users are unable to request rides, or receive a fare estimate, according to the ABJ. As a result, the suit alleges blind users cannot do anything beyond input a pickup location.

The lawsuit says the company is in violation of the ADA and the Texas Human Resources Code, which require businesses and other public accommodations to be accessible to people with disabilities.

Get Me has rejected the lawsuit’s allegations but said it plans to release disability access features on its apps in the first half of 2017, according to the ABJ.

Ride-sharing app Ride Fare was also involved in a lawsuit in Austin. The lawsuit, brought again by the NFBT, involves three blind Austin residents, who claim they are unable to use Ride Fare because the app did not work with text-to-speech software or mobile braille displays, even when most smartphone makers provide ways for software developers to do so, according to the ABJ.

The plaintiffs are pursuing punitive and compensatory damages from Ride Fare and to be able to use the app on an equal basis as other users, according to the ABJ.

In response to these allegations, Fare CEO Michael Leto said that the app was updated recently to make it accessible to blind users, according to the ABJ.

Greyhound recently paid $375,000 to settle a U.S. Department of Justice lawsuit alleging that the bus company consistently violated the ADA, according to a DOJ announcement. Greyhound is accused of failing to provide full transportation services to passengers with disabilities, and failing to upkeep its lifts and securement devices.

The DOJ also alleged that Greyhound also failed to help passengers with disabilities board and exit buses during rest and terminal stops, and did not allow people using wheelchairs to fill out online reservations.

Out of the $375,000 settlement, Greyhound will provide $300,000 in compensation to individuals with disabilities who were discriminated against by the bus company. The rest the company will pay as a penalty.

Greyhound, which denies the allegations, has also promised to update its policies and procedures on providing accessible services, and will also ensure that people with disabilities can request travel and make disability-related requests online, the DOJ says. Every three months, Greyhound will also be expected to keep the DOJ up-to-date on its ADA compliance efforts, according to the DOJ.

With the advanced benefits in using ride-sharing apps and travel services, companies should provide a safe and rewarding experience to all customers, including those with disabilities. However, if you have been denied access to any service as a result of a lack of compliance to the ADA, read more about what our disability rights attorneys can do for you. If you are ready to pursue a claim, fill out our free, no-risk case evaluation form today.