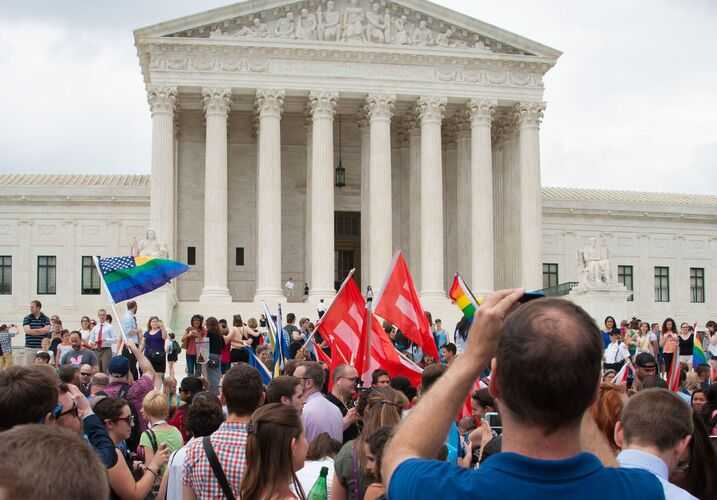 Today, the U.S. Supreme Court ruled that employers cannot discriminate against their employees based on their sexual orientation or gender identity.

The provision in question was Title VII of the Civil Rights Act of 1964, which bars employers from discriminating against workers on the basis of sex, race, religion, national origin, or age. The 6-3 decision says that sexual orientation is a type of sex discrimination and is therefore illegal. What this means is that discrimination against people based on sexual orientation or gender identity is illegal, including being fired for either.  The justices found that “an employer who fires an individual merely for being gay or transgender violates Title VII.”

Co-chair of our Employee Rights Group Andrew Frisch said of this ruling: “Now LGBT employees are assured the same basic rights against discrimination as most other minorities and we are one step closer to equality.”

Three related cases were decided by the Supreme Court’s opinion. In one, Aimee Stephens was fired two weeks after coming out to her boss as transgender. In the second, social worker Gerald Bostock was fired after joining a gay softball league. The third case focused on Donald Zarda, who was fired after telling a skydiving customer he was gay.  At the time, his employer said the firing was for “inappropriate behavior in the workplace.”

Though Stephens and Zarda have both passed away before seeing this ruling — Stephens from kidney issues and Zarda from a BASE-jumping accident — it sets an important precedent in nationwide LGBT rights in the workplace for generations to come.

Ryan Morgan, the other co-chair of our Employee Rights Group, says this ruling can affect past discrimination, as long as it’s within the statute of limitations. “If people have faced such discrimination, they need to contact a lawyer,” Morgan says. “They may not have had a case before depending on where they lived and worked, but they do now.”