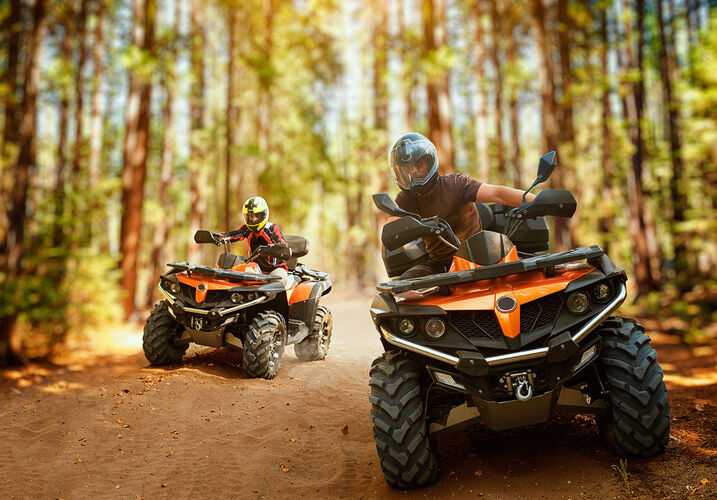 These tragedies may sound like freak occurrences, but the truth is that between 500-600 Americans have been killed in ATV-related incidents each year since 2012. From 2003 to 2011, the death tolls were even higher, cracking 800 every year from 2005-2007. More than one in five of these deceased are children 16 or younger.

Florida (616) and Tennessee (598) round out the top seven. Though fatalities have dropped compared to the mid-2000s, some argue that that has more to do with the emergence of off-road vehicles (ROVs) than actual safety improvements.

In 2015, the CPSC warned that “...riding an all-terrain vehicle (ATV) continues to be a dangerous and deadly activity when certain safety precautions are not followed. Deaths and injuries resulting from ATV incidents have ticked down in recent years, although the stats are still deeply concerning to CPSC. There are about 650 deaths and 100,000 injuries every year involving ATVs.”

According to the CPSC’s 2017 report, the following body parts are most likely to be treated in an emergency department after an ATV crash:

That second bullet point is perhaps the most concerning, especially considering that fractures comprise 27% of emergency-treated ATV injuries.

The ATV Safety Institute has issued these eight Golden Rules of ATV Safety:

Dr. David Gilkey, a professor and Certified Safety Professional who has researched ATV safety, told Salon that many ATV riders ignore safety warnings. “You wouldn’t hand your keys to your car or your motorcycle to someone who’s never been on one and say ‘take it for a spin,’ but for some reason people don’t have that same sense for ATVs. So the tragedies just continue.”

Not to mention the fact that ATVs frequently are the subject of recalls for design or manufacturing flaws. As of this writing, there have already been eight ATV recalls this year — some involving seatbelts, steering control, and faulty brakes.

If you or a loved one has been seriously injured in an ATV crash, and you think the vehicle manufacturer was at fault, contact us for a free legal consultation.