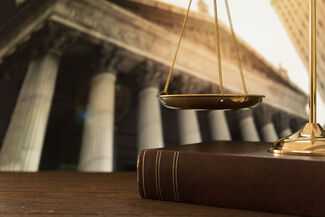 In the age of mass manufacturing and the extended reach of products, one oversight can mean devastating consequences for hundreds, thousands, even millions of families. Mass torts have become an increasingly common way for the victims of big businesses or governments to get the compensation they deserve. By combining your claim with other, similar claims, you and your co-plaintiffs can streamline the legal process and build the strongest case for damages by evidence of your numbers.

In a mass tort, multiple plaintiffs file a tort, or civil wrong, case together. All are making a similar claim about damages from a product or service they all used. Examples include injuries resulting from a prescription drug, medical device, defective product, or contamination. A tort case makes the claim that the plaintiff incurred some expense, whether financial, physical, or emotional, and that an at-fault party is due to pay compensation. Victims may have been affected in different ways, but the common thread in a mass tort is that a single product or service is being blamed, so multiple cases are lumped together in the interest of efficiency and cost.

According to the Rand Corp., mass torts rose in popularity significantly in the 1980s with the confluence of mass marketing, weak regulations, and the emergence of law firms designed to handle such litigation. What distinguishes mass torts from other product liability cases is not only the similarity of the claims, and hence the same discovery documents and investigations, but also the interdependence of the verdicts. That is, the outcome of one case impacts the others. For example, large awards in early trials could sway later defendants into favorable settlements.

How Do Mass Torts Differ From Class Actions?

Although they seem similar, a mass tort is not the same thing as a class action lawsuit.

Why File a Mass Tort?

There are many reasons why mass torts are an effective form of legal action. First, they allow the largest number of cases to be gathered to bolster the argument for damages. Second, they streamline the litigation process, ensuring that all applicable arguments are used in every case. Thus, mass torts are the safest and strongest kind of tort one is able to file if the option is open to them. Not only do they give many people the best chance at fair compensation, they force change that will prevent future injuries.

Why Morgan & Morgan Is Different

Morgan & Morgan is one of the largest plaintiffs’ law firms in the county, with over 30 years of experience. Our size allows us to handle the largest and most complex mass tort lawsuits. Our lawyers have recovered over $5 billion for over 100,000 clients. But throughout our growth, we’ve remained a family firm, and we treat every client as such. Morgan & Morgan is dedicated to recovering the full cost of your damages, and we are ready to take cases to trial if settlement offers fall short.

Morgan & Morgan operates on a contingency fee payment model, meaning you pay us only if we win. You pay a percentage of the recovered sum at the conclusion of the case. If you or a loved one has been a victim of corporate or government negligence, you are likely not alone, and there is strength in numbers. Contact Morgan & Morgan for a free consultation to discuss your options. You may be due compensation for medical bills, lost wages, funeral costs, and more.