Log Truck Crashes Into Ambulance With Patient in MI 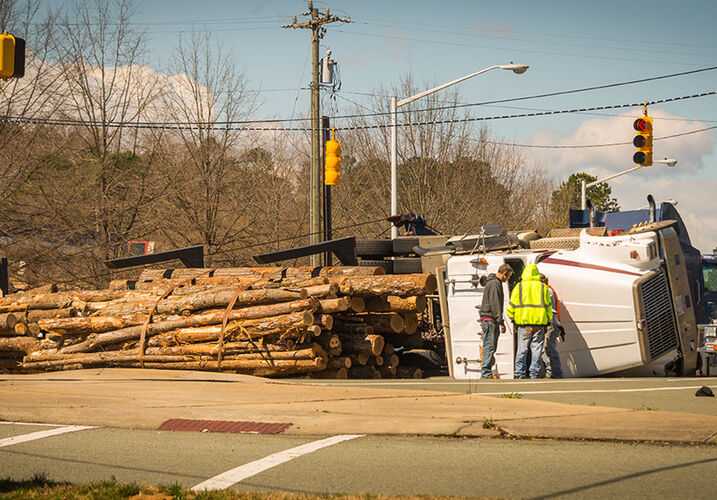 An ambulance was knocked over on Nov. 23 when a semi truck loaded with logs was unable to stop at an intersection and hit it, M Live reported. The collision occurred at the intersection of Healy Lake and 13 Mile roads in Maple Grove Township, Michigan, according to the Manistee County Sheriff’s Office. The logging truck was traveling westbound on 13 Mile Road and crashed into the ambulance, which was headed northbound on Healy Lake Road. The ambulance turned over on impact, injuring the patient and a medic inside. The truck then crashed into a power pole, but the driver was not injured.

The patient was transported by another ambulance to Munson Medical Center in Traverse City. The injured medic was taken to Munson Healthcare Manistee Hospital. It was not disclosed what the nature of either person’s injuries were. Alcohol is not suspected to be a factor in the crash. Manistee County Undersheriff Kenneth O. Falk reported that the ambulance was North Flight EMS but did not indicate whom the driver of the logging truck was working for. In the instance of a commercial vehicle being the cause of the accident, liability will likely fall on the company to pay damages.

If you’ve been injured in a motor vehicle accident or while under medical supervision, you may be entitled to compensation. An injury in either of these cases can mean expensive medical bills, lost days at work, and more. You shouldn’t be left on the hook for an injury that wasn’t your fault. However, recovering compensation for an injury is no easy task. Insurance companies fight tooth and nail to deny you every penny of what you are owed. An experienced attorney can win you on average three times what you would recover without representation. At Morgan & Morgan, we have three decades of experience fighting insurance companies for people just like you. To start filing a claim for your injury and to discuss your options, fill out a free case evaluation.