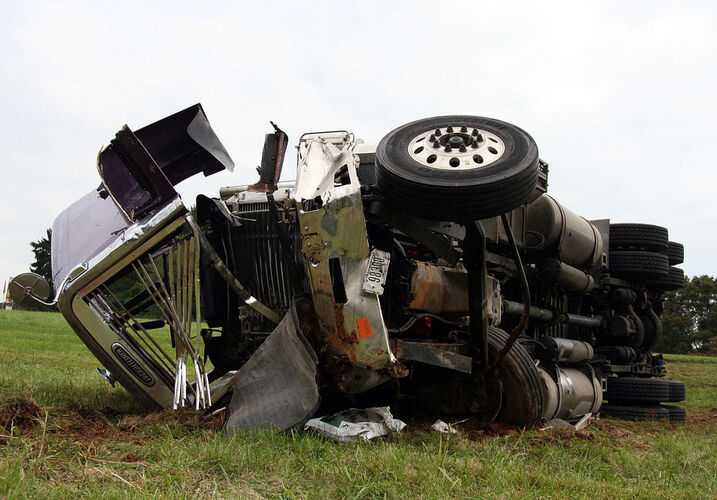 The driver of a gravel truck was killed Oct. 18 when his vehicle overturned on Route 29 in Columbia, Maryland, The Baltimore Sun reported. The accident occurred when the 2008 Kenworth dump truck collided with a 2019 Chevrolet Malibu turning off the thoroughfare onto Rivers Edge Road, officials said. The truck driver was pronounced dead at the scene. The driver of the car was taken to Maryland Shock Trauma hospital in critical condition. Southbound lanes of Route 29 were disrupted for over six hours as emergency crews cleared the scene.

Howard County police were alerted to the incident at around 8:06 a.m. after the truck, driven by 58-year-old Randallstown resident Jerry Melvin Jones, collided with the turning automobile, driven by 45-year-old Lashara Moore, also of Randallstown. According to WBAL, both drivers were wearing seatbelts. The cause of the collision is still under investigation. Two of the three southbound lanes were blocked off as emergency crews investigated the crash. Gravel was strewn alongside the road.

Large-truck crashes account for about 11% of all motor vehicle accidents, according to the Insurance Institute for Highway Safety. In 2017, 4,102 people died in large-truck mishaps. If you or a loved one has been the victim of a vehicular collision, you may be on the hook for massive expenses related to medical bills, lost wages, and in some instances funeral costs. You may be able to recover compensation for these damages with the right legal team on your side. At Morgan & Morgan, we fight to give you the healing and closure you deserve. Time may be running out to file your claim, so fill out a free case evaluation today.