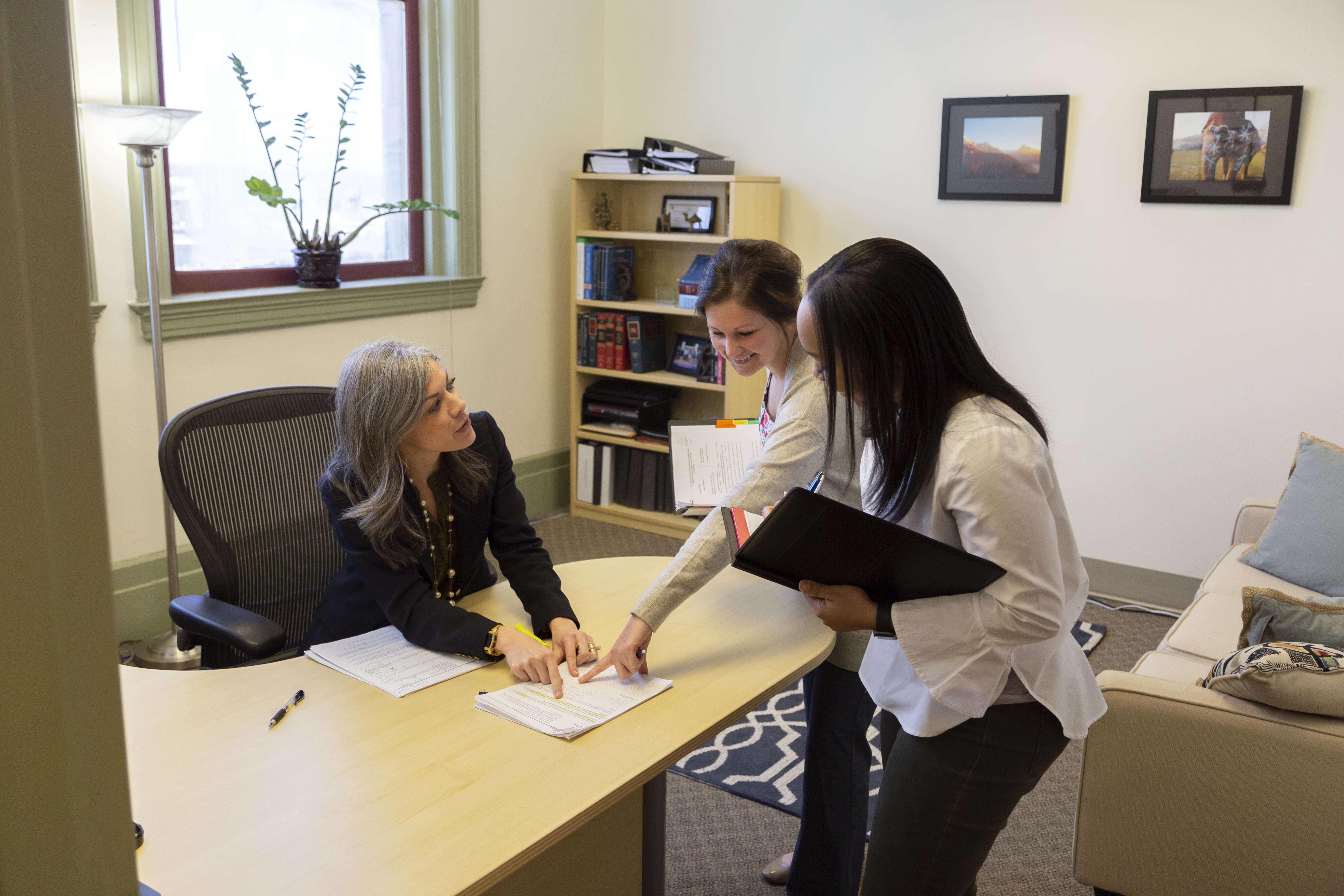 What is a class action lawsuit?

The legal foundation for a class action lawsuit is to demonstrate the defendant committed one or more acts of negligence that caused injuries to the members of the plaintiff class. For example, one of the most publicized class action lawsuits over the past 20 years involved the herbicide Roundup. A judge overseeing several individual lawsuits consolidated the individual lawsuits into one class action. The judge’s rationale for consolidating the lawsuits concerned reducing the number of repetitive legal actions.

If you want to learn more about what is a class action lawsuit, schedule a free case evaluation today with one of the product liability lawyers at Morgan and Morgan.

What is the difference between class actions and mass torts?

In mass torts and class actions, harmed individuals come together to pursue compensation. Class actions typically represent many plaintiffs with similar injuries and damages. Individuals have little or no input in the case, and compensation is shared equally between the class members.

On the other hand, mass torts can be similar to personal injury lawsuits. While they also involve a group of individuals suing the same defendant, plaintiffs are treated as individuals rather than a class in mass torts. Each individual can decide whether to accept a settlement offer or refuse it.

If you or a loved one suffered injuries from a defective product or drug, you could potentially participate in a mass tort or class action lawsuit and recover damages.

Morgan & Morgan can identify your legal options and proceed with a claim on your behalf. Contact us now for a free case review to discover your next best steps.

What is the difference between opting in and opting out?

How do class action lawsuits get started?

Imagine for a moment that a car manufacturer builds a model of car that has a defective brake line.

Anytime you drive over 50 miles per hour, the brake line has a 10% chance of failing. Unless you rarely use your car, pretty soon, you will be driving at high speed and find yourself unable to slow down or stop. And unless you are very lucky, that failure will likely result in an accident.

Your first instinct after such an accident would likely be to sue the manufacturer. But you wouldn’t be the only one interested in suing.

Remember, everyone who bought that model would have experienced the same defect. That means there are potentially hundreds or even thousands of other people who are also interested in pursuing litigation.

This example represents how most class action lawsuits get started. One person is harmed by the negligence of another party and decides to sue. When they contact a lawyer, they discover that others have been similarly injured and choose to pursue a class action lawsuit instead of a personal lawsuit.

If you’ve been harmed in an accident that wasn’t your fault, contact an attorney at Morgan & Morgan to get a free case evaluation and find out whether a class action lawsuit is the right option.

The Definition of a Class

Rule 23 of the Federal Rules of Civil Procedure defines the federal rules for a class action lawsuit. The most important rule is the definition of a class.

A class is a group of litigants with similar claims against a company or a group of defendants. You can’t simply declare that you and others are part of a class — a civil court must certify your class status. A class can only be certified after its scope has been defined.

For example, a class could include anyone who lived at 123 Abbey Street from 1957 to 1988. The people who lived at that address during that period would be members of that class, even if they weren’t harmed and have no intention of filing a lawsuit.

If a person falls into that definition and doesn’t want to be part of the class, they must opt out before the case begins.

What can I win in a class action lawsuit?

The amount of compensation you may be entitled to after a successful class action lawsuit will depend on the final settlement ordered by the court and your role in the case. When you win the lawsuit, the lead plaintiff will receive a larger percentage of the settlement.

What is a lead plaintiff/class representative in a class action?

Filing or joining a class action lawsuit delivers several benefits for class members. First, they do not have to attend judicial proceedings, which means they continue to earn income from their jobs. Second, class members do not have to attend negotiation sessions that try to find a middle financial ground that avoids a costly and time-consuming civil trial. Third, class members stay informed of the status of a class action lawsuit by communicating with just one source, which is the lead plaintiff.

Schedule a free case evaluation with an attorney from Morgan and Morgan to determine whether you should file an individual civil lawsuit or a class action lawsuit that seeks monetary damages.

What is a multidistrict litigation (MDL)?

When many plaintiffs plan to file a civil lawsuit that seeks monetary damages for the same type of litigation, they have the right to band together and file a class action lawsuit to consolidate the same types of legal action. For example, thousands of plaintiffs sought monetary damages from Bayer in response to the highly negative health consequences of using the company’s herbicide product Roundup. Instead of hundreds of plaintiffs suing Bayer to recover the losses caused by using the herbicide, the individual plaintiffs formed a class to file one unified civil lawsuit to address the cancer-causing effects of spreading the herbicide on lawns and farmland.

When a class action lawsuit addresses the negative consequences of using a product such as the herbicide Roundup, the federal judicial system has the legal power to assign the case for review in the multidistrict litigation process. What is multidistrict litigation (MDL)? The MDL process involves combining several individual civil lawsuits into one lawsuit that litigates in a single federal district court. The single federal district court processes every legal action taken, including the discovery and trial proceeding phases of the litigation process. Multidistrict litigation’s primary goal is to conserve financial resources to encourage consistent court rulings for many individual lawsuits that address the same legal issue.

The class action attorneys at Morgan and Morgan help clients file and join class action lawsuits that foster the settlement of several cases under the umbrella of one legal action. With a nationwide presence, our team of class action lawyers helps clients understand the benefits of filing a class action lawsuit, as well as describe why multidistrict litigation represents the best process for hundreds, if not thousands of similar cases.

Schedule a free case evaluation today with an experienced class action attorney from Morgan and Morgan to learn more about the MDL process.

Does joining a class action lawsuit cost me anything?

One of the most effective ways to hold large companies accountable in the U.S. justice system is class action lawsuits. These legal proceedings allow large numbers of victims to seek restitution from negligent parties.

With the help of a skilled class action attorney, you may be able to recover financial compensation for the costs and losses you suffered as the result of an accident that wasn’t your fault.

For instance, suppose that a hazardous pharmaceutical product causes you to need extensive medical care. This will likely result in costly treatments and other expenses.

Because of situations like this, most victims are understandably worried about the potential costs of securing legal representation. You’ll likely find yourself wondering, “Does joining a class action lawsuit cost me anything?”

If you’re considering joining a class action suit and you have questions about how to proceed, it’s crucial to speak with a knowledgeable tort attorney.

The skilled legal team at Morgan & Morgan is happy to provide you with a no-cost, no-obligation consultation. We’ll examine the facts of your case and help you determine whether a class action lawsuit is the right option for you.

What are the advantages of joining a class action lawsuit?

One of the greatest advantages of joining a class action lawsuit is the power of numbers. When you have a case against a large corporation, they will likely not take you seriously if you file an individual lawsuit. This is because they usually have a powerful team of attorneys to represent them in court.

Secondly, you will likely not have the resources to fight against such large businesses and corporations. On the other hand, if several people have been injured by the negligence of the defendant, a class action lawsuit allows the injured individuals to combine and file one common lawsuit. This strategy creates strength in numbers.

Thirdly, large corporations and businesses would rather settle a lawsuit than taint their image. When you file an individual lawsuit against them, chances are they will not have so much to worry about from the public relations perspective. But when several victims join to file a class action lawsuit, there is always the risk of reputational damage. As a result, these companies would rather settle than risk ruining their reputation.