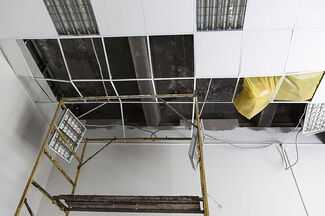 You may have used the idiom the roof is caving in at one point or another to describe a situation where everything had gone wrong. But what if it happens in a literal sense? It might seem unthinkable, but ceiling collapses do happen. Whether it’s at home, work, a friend’s house, or a public building, these incidents tend to lead to devastating injuries.

If a ceiling collapsed on you, chances are, you’re wondering what recourse you have. Here’s the good news: If your injury was the result of someone else’s negligence, you may be able to recover significant financial compensation with the help of a Morgan & Morgan attorney.

There are numerous reasons why ceilings collapse, but negligence is the common denominator in just about all of them. Some examples include:

After such a structural failure, it’s important that you hire a qualified ceiling collapse lawyer to investigate who was at fault for your injury. Depending on the circumstances surrounding the collapse, any number of people may have been at fault, including the property owner, building manager, construction company, or building contractor.

For example, suppose you rent an apartment and the ceiling collapsed due to a lack of maintenance. Chances are, your landlord will be liable for your injuries and damages. That’s because it’s their job to periodically inspect the building, identify problems, and make necessary repairs. Provided they were maintaining the property as they should, they would have been aware of potential dangers to you and taken steps to address them.

Or suppose a construction crew failed to mark off a dangerous building and the ceiling collapsed while you were inside. In this case, the crew may be negligent and liable for your injuries. No matter the scenario, a ceiling collapse attorney at Morgan & Morgan can help you determine who was at fault and hold them accountable.

What to Do After a Ceiling Collapse

If you were injured as a result of a ceiling collapse, you may be eligible to recover compensation for your medical bills, property damage, lost wages, and other expenses. Find out how a ceiling collapse attorney at Morgan & Morgan can help. Contact us today to schedule a free case evaluation.