Robocallers May Soon Be Allowed to Spam Your Voicemail 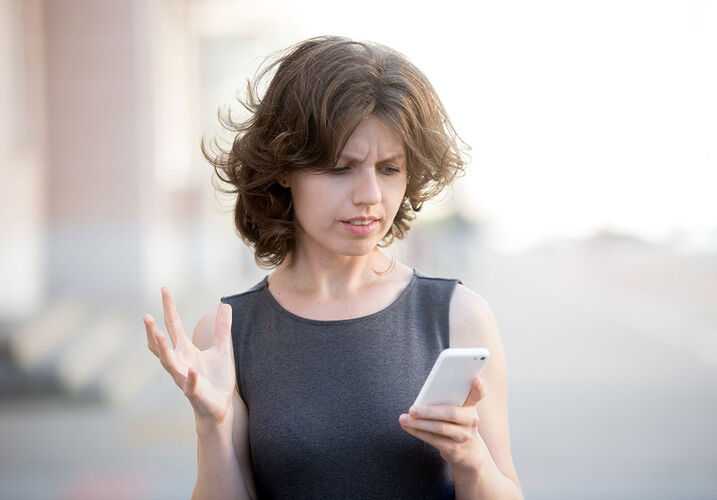 As if your bloated email inbox wasn’t enough, your smartphone’s voicemail may be the latest thing under threat of spam.

The Republican National Committee is backing a petition that would allow automated messages to go through to your voicemail without causing your device to ring, reports The Washington Post.

This petition aims to skirt the current U.S. Federal Communication Commission’s rules against unwanted calls from robocalls and telemarketers through the supposed technicality of “ringless voicemail.”

The petition’s loose interpretation of the FCC’s law is alarming consumer groups that have fought against the intrusion of robocalls for years. If this petition gains traction, your voicemail could be flooded by automated voicemails from political campaigns, businesses, and more.

Today, we look into what this petition could mean for your voicemail inbox, the history of telemarketing and robocalls, and how the FCC’s current rules protect your rights through strict fines against telemarketing companies.

This push to relax the FCC’s rule against robocall campaigns hinges on the assertion that “ringless voicemail” doesn’t technically qualify as a “call” because it does not disrupt a consumer by ringing their phone.

The petition, filed back in March, requests the FCC to declare that “direct-to-voicemail does not constitute a ‘telephone call’ that is subject to the Telephone Consumer Protection Act.” It goes further to state that not allowing direct-to-voicemail message would have “serious consequences” on the First Amendment.

One marketing firm that backs the petition argues that a ringless voicemail doesn’t cause disruptions to a consumer’s life such as “dead air calls, calls interrupting consumers at inconvenient times, or delivery charges,” according to tech publication Recode.

However, many consumer protection groups believe that these direct-to-voicemail calls are actually more intrusive to consumers than robocalls.

"You can block phone calls and you can block texts, but you can't block voicemail," explained Margot Freeman Saunders, the senior counsel to the National Consumer Law Center, to The Washington Post. “You would have less control over these voicemails than over automated calls and texts, so we think they are worse."

Some believe this petition could be a major setback to the uphill battle to curb the robocalls that were once rampant in the 1990s.

The Fight Against Telemarketers: A History

Call centers for political campaigns and telemarketers have been a feature of American life since the 1940s. But it wasn’t until the late 1980s — when phone technology advanced — that the nuisance known as the robocall was born, according to TIME Magazine.

It’s not surprising that soon after the first Do Not Call registry was born, Florida was the first state to implement this registry. Many states followed suit with their own laws, including Oregon and Alaska’s “black dot laws,” which required telephone companies to designate a consumer’s telemarketing preference in local directories, according to the National Association of Attorneys General.

By 1991, enough families were fed up by robocalls coming through during dinner and other inopportune times that Congress took action by amending the Communications Act of 1934 to include the TCPA. And in 2003, the U.S. Federal Trade Commission created the official National Do Not Call Registry.

Unfortunately, these state laws and registries did little to curtail the scourge of robocalling. This forced the FTC and the FCC to take additional action to try and stop robocalling for good.

The Laws That Protect You From Robocalls

In 2009, the FTC amended the Telemarketing Sales Rule rule to completely prohibit most robocalls unless the telemarketer has obtained permission in writing from consumers.

“American consumers have made it crystal clear that few things annoy them more than the billions of commercial telemarketing robocalls they receive every year,” said Jon Leibowitz, Chairman of the FTC, in an official statement announcing the new rule. “Starting September 1, this bombardment of pre-recorded pitches, senseless solicitations, and malicious marketing will be illegal. If consumers think they’re being harassed by robocallers, they need to let us know, and we will go after them.”

And, most recently in 2012, the FCC revised the TCPA to require all non-emergency autodialers to obtain prior express written consent from consumers before robocalling them. The telemarketer must also provide an option for consumers to opt-out of calls, among other restrictions.

The TCPA, which is under threat by the RNC-backed petition, also grants damages who receive unwanted calls from debt collectors, banks, and telemarketers. And if you are receiving calls from these companies, even after telling them to stop calling, you could be entitled to compensation: between $500 and $1,500 for each unwanted call.

Our consumer protection attorneys are here to help victims of unwanted calls. Fill out our free, no-risk case evaluation form today to get in touch with one of our attorneys. We may be able to put a stop to those annoying telemarketing calls, once and for all.