The Goal of Automatic Brakes: Reducing the Number of Rear-End Crashes 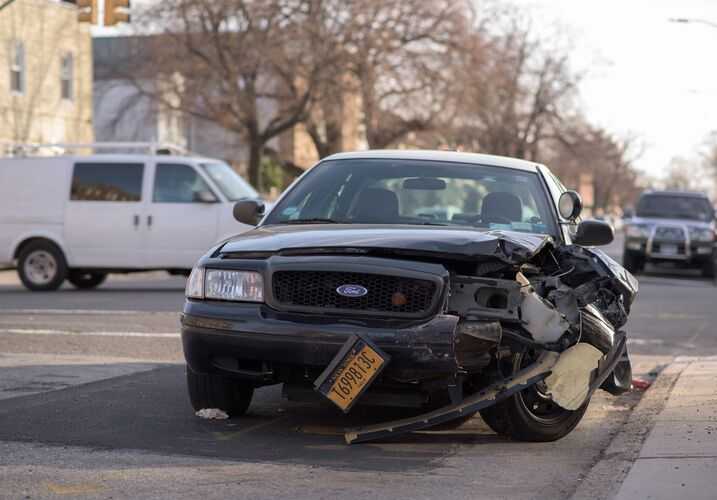 Advancements in technology affect virtually every industry. Car manufacturers are installing technological advancements that potentially make driving a safer enterprise. Lane assist technologies, forward collision warning systems, and automatic emergency braking systems are a few of the safety systems that are being incorporated into the manufacture of new vehicles.

As a driver, your goal is to arrive safely at your destination. New safety features available on modern vehicles are purported to help you do exactly that. In 2016, many automobile manufacturers voluntarily decided to add Automatic Emergency Braking (AEB) systems to new cars being manufactured. These guidelines mean that the majority of vehicles produced in 2020 have the system installed in the factory.

The AEB system is designed to engage the braking system when you become too close to something in front of you. It engages when you don’t brake quickly enough following a signal from the forward warning system. Some cars brake automatically when they sense something (via radar) entering your path.

In what may not come as a surprise, vehicles with automatic braking systems are involved in rear-end crashes (that is, accidents in which a vehicle hits a car directly in front of them) at lower rates than vehicles not equipped with the systems, says the Insurance Institute for Highway Safety, or IIHS. (1) Should an accident occur, a St Petersburg car accident lawyer can help you understand the process for filing a claim.

How Do the Safety Systems Work?

The system of sensors and cameras communicates with the braking system or the motor to provide functionality to the safety features provided by the manufacturer. Some of these features simply provide a warning to the driver while others apply the brakes to safely stop the car if something crosses its path.
Skeptics may wonder if these systems work as advertised. It seems unfathomable that a car can stop virtually on its own, but automatic braking systems are designed to do exactly that. They stop the car in reaction to sensing the possibility of a collision.

If a car equipped with automatic emergency braking (AEB) senses an imminent collision, and the driver doesn’t react in time, the car starts braking on its own. Some systems apply only a portion of the braking power, so drivers will want to apply the full brakes as well. The Insurance Institute for Highway Safety (IIHS) data show rear-end collisions are cut by 50 percent on vehicles that are equipped with AEB and forward collision warning (FCW). (2)

The Highway Loss Data Institute (HLDI) says that an AEB system helps to reduce claims of bodily injury following an accident by approximately 25%. Should you find yourself with an injury claim following an accident, a car accident lawyer St Petersburg can help you know what you need to gather to prove your claim.

Does An AEB System Prevent All Rear-End Accidents?

At times an accident is an unavoidable occurrence. Even when that happens, an AEB system can be beneficial in mitigating damage and injuries. The system allows the car to slow itself which can lessen the force of impact.

The effectiveness of AEB systems seems to vary with the age of the driver. Crashes were only prevented in approximately 57% of occurrences featuring teenage drivers. The older drivers in the population fared slightly better at just over 70%, and young adults rated about 81% of rear-end crashes avoided. The system also seems to be less effective in less than perfect weather conditions.

If you are one of the unfortunate ones who were involved in a rear-end crash despite having an AEB system, a St Petersburg car accident lawyer can help you with the next steps following the crash. They can give you direction as to which documents you need to support any claims you may file, or any documentation you mean you need to defend yourself against a claim.

As technology improves, car manufacturers have added safety features that help you avoid traffic accidents. The manufacturers have an unofficial agreement to place features such as AEB systems into most new cars. AEB systems use radar systems to help avoid accidents in which one car hits another from behind. In the case of a rear-end kind of accident, a car accident lawyer St Petersburg can help you determine what your rights and responsibilities are following the accident.

While AEB systems are beneficial features to have on your car, they will not prevent every accident. The chances of an AEB system preventing an accident varies with the age of the driver as well as road conditions. Staying alert and driving safely are still the best ways to prevent an accident.

Will an AEB system stop an automobile completely?

It depends upon the manufacturer and the particular automobile. Typically, an AEB system slows the car giving the driver the ability to fully stop the car. The brakes may engage further if the driver takes too long to respond and brake.

My AEB system failed, and I rear-ended someone. Now what?

As with any accident, all parties should seek medical attention and contact their individual insurance companies to start the insurance claims process. Consult with a St Petersburg car accident lawyer to learn if there is anything you should do to protect yourself from legal action following the accident.

How does an AEB system work?

AEB systems use radar technology to sense the presence of vehicles ahead of you. If anything is sensed, the AEB system begins to apply the brakes. Depending on the car, the brakes may softly engage giving you an opportunity to break yourself. In other cars, the brakes may engage more forcibly causing the car to stop completely.

Should I rely entirely on the AEB system for preventing rear-end accidents?

The AEB system is a tool. There is no replacement for an alert driver who engages in safe driving practices including using the brakes appropriately to prevent an accident.