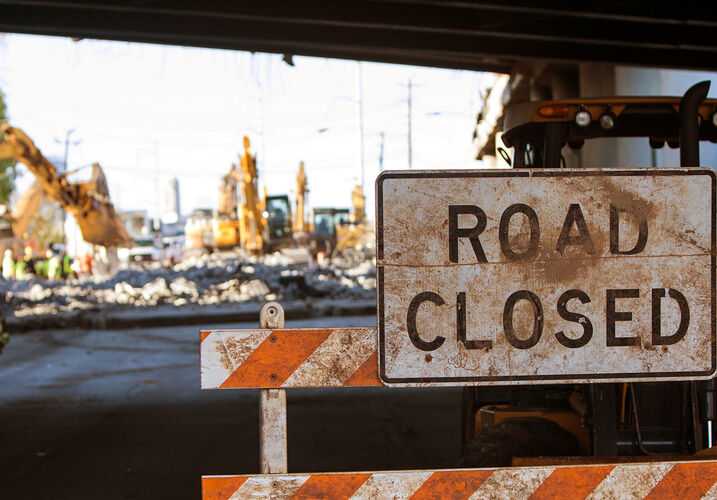 As if Florida doesn’t have enough problems, this morning the U.S. Coast Guard warned that the Roosevelt Bridge in Stuart is “at risk of imminent collapse.”

In a message sent out to boaters via scanner, the Coast Guard said, “All stations, all stations, this is United States Coast Guard Center Miami, Florida. All vessels are required to keep clear of the new Roosevelt Bridge until further notice, due to the risk of imminent collapse.”

The Coast Guard then tweeted that it had established a safety zone “stopping any commercial maritime traffic from transiting under the Roosevelt Bridge,” and that it was coordinating with the Florida Department of Transportation (FDOT) and other agencies to close the bridge.

The Stuart Police Department closed the southbound lane of the bridge and advised drivers to seek alternate routes. A police spokesperson, Sgt. Brian Bossio, said, “What we do know is some concrete fell from underneath the Roosevelt Bridge and there were concerns about the bridge and its safety at that time.”

According to photojournalist Leah Voss, FDOT officials were attempting to repair the crack late this morning. Presumably the bridge will be fully shut down at some point for safety reasons.

For some Floridians, the bridge’s vulnerability may evoke the 2018 collapse of the Florida International University pedestrian bridge, which killed six people and injured eight. After that tragedy, Morgan & Morgan filed a lawsuit against the FIU bridge’s manufacturers on behalf of a man who suffered serious spinal injuries when the bridge collapsed on top of him.

Others see the Roosevelt Bridge as a metaphor for the nation as a whole. Former Democratic presidential candidate Andrew Yang tweeted, “This bridge is not alone - our country is crumbling and needs an infrastructure overhaul.”