The Campaign to Legalize Medical Marijuana in Florida 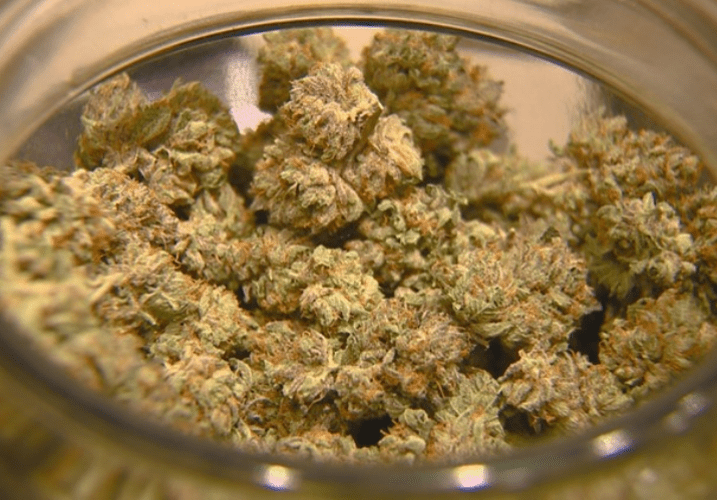 UPDATE: The hard work of John Morgan and United for Care, and all supporters of medical marijuana, has paid off. In November 2016, Floridians voted in favor of Amendment 2, reversing the slight loss of 2014.

Now the march toward the 2016 election has officially begun for supporters of medical marijuana in Florida, as John Morgan and United For Care submitted a revised amendment to the state’s Division of Elections in early January. Like the previous go-around, the Florida Secretary of State had to approve United For Care’s new petition. Before the new and improved Amendment 2 is added to the 2016 ballot, a little more than 68,000 signatures must be collected from voters throughout Florida. After that occurs, the state Supreme Court will once again look over the ballot’s language to ensure certain legal requirements are satisfied. Upon the Florida Supreme Court’s approval of the proposed amendment, 683,140 signatures must be collected by February 1, 2016 to ensure the initiative is included on the election ballot.

On the surface, the proposed amendment doesn’t look that much different than the one that missed passing by mere percentage points last November. According to Morgan, however, the 2016 version—titled "Use of Marijuana for Debilitating Medical Conditions"—plugs some holes that opponents last year felt were too large to ignore.

“The language and the essence of the amendment are essentially the same,” Morgan said. “What I would say is that we have tweaked or clarified positions that were constantly brought up by our opposition to help us talk more freely about the real issue, which is the legalization of medical marijuana.”

With the help of United for Care, attorney John Morgan{: target="_blank"} has become the face of a statewide, grass-roots initiative to get the vote to legalize medical marijuana added to Florida’s 2014 general election ballot. If statistics are an accurate indicator, Florida may be the next state in line to legalize and regulate medical marijuana, following in the footsteps of 19 other states{:target="_blank"} that have allowed patients suffering from serious medical conditions to benefit from the plant’s pain relieving powers.

What started out as an issue that practically divided{:target="_blank"} the state’s voters down the middle has now blossomed into a bonafide movement. Conducted in early 2013 by People United for Medical Marijuana (PUFMM), the most recent poll of Florida’s voters indicates that seven out of 10—or roughly 73 percent— support the legalization of medical marijuana.

With the newest petition to legalize medical marijuana making its rounds online and on the ground among voters{:target="_blank"}, Mr. Morgan has made it clear that he intends to throw the entirety of his political and financial weight behind the cause. In addition to raising funds and awareness, Mr. Morgan plans to enlist an “Army of Angels” that will go door-to-door with the hopes of getting more voters to sign United for Care’s petition.

It’s not so much a law but an act of compassion.

Aside from benefitting Florida’s thousands of seriously ill residents, the motivation for Mr. Morgan’s outgoing supportof the campaign to legalize medical marijuana is rooted his personal experiences.

Mr. Morgan’s father, who, as he describes it, was “the most anti-drug guy in the world,” found relief from the symptoms of cancer and emphysema in the last days of his life thanks to medical cannabis. John’s father found that medicinal marijuana greatly helped keep the chronic nausea caused by his illnesses at bay, allowing him simple pleasures often taken for granted, such as sharing a meal and a conversation with family.

In addition to John’s father, his brother, paralyzed since the age of 18 from a traumatic lifeguarding accident, has also found relief from marijuana.

“This would be what I would call the opposite of California.”

While John has hit the pro-medical marijuana campaign circuit, he has not ignored the cries of those who fear Florida will turn into California, a state whose marijuana laws are frequently criticized by legislators and abused and exploited by opportunistic residents.

“This is not a wink and a smile and psychologists prescribing marijuana,” Morgan said to{:target="_blank"} members of the Capital Tiger Bay Club, a prominent political organization in Tallahassee, in early August. “It’s much more regulated and it’s really for the terminally ill and chronically ill, not for somebody that’s having a bad hair day.”

The Controlled Substance Act of the Comprehensive Drug Abuse and Prevention and Control Act was passed by Congress in 1970, making possession of marijuana illegal under federal law. If medical marijuana becomes legal and consequently regulated in 2014, Florida would join New Jersey, Washington D.C., Massachusetts and 16 other states that have enacted legal medical cannabis laws.

History of Medical Marijuana in Florida

Florida lawmakers have done their best to make it clear that adding an amendment to the state’s constitution to legalize marijuana for medicinal purposes is not something they firmly support.

Before that, in 2012, almost 800 marijuana-growing operations—harboring more than 37,000 plants, according to authorities’ counts—were raided and shuttered by the state’s Department of Agriculture, leading to more than 700 arrests across Florida in the process. Earlier in the year, pending resolutions in both Florida’s House of Representatives and Senate (Bill 1250) quietly fizzled out in committee, temporarily silencing growing voter and party-crossing political sentiment throughout the state in support of medical marijuana legalization and regulation.

In between, anti-medical marijuana lobbyists have done their part to prevent the legalization of medical marijuana in Florida, claiming the passing of House Bill 1139{:target="_blank"} would “turn Florida into California,” with unregulated cannabis readily available to anyone willing to fake a condition in front of a doctor. In addition to sounding the threat alarm, old arguments have found new uses, such as those saying the legalization of medical marijuana would cause abuse, addiction, and crime to skyrocket while sending the morals and futures of today’s youth in freefall.

Fortunately, for those who support medical cannabis, John’s voice has become front and center—and louder than the rest.