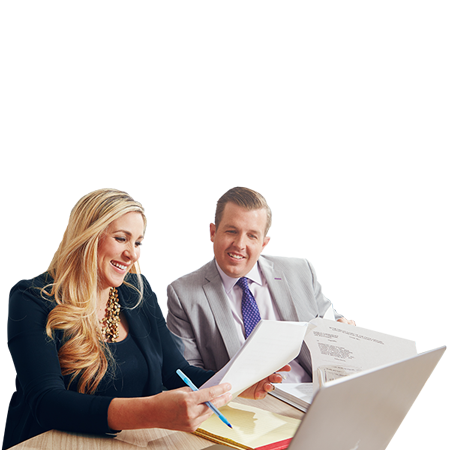 The Americans with Disabilities Act (ADA) is an important piece of civil rights legislation that became law in 1990. It prohibits discrimination against people with disabilities in workplaces, schools, transportation, and essentially in all areas of public and private life. It also guarantees that people with disabilities will have equal opportunity in public accommodations, their place of employment, state and local government services, transportation, and telecommunications.

The original five titles of ADA were amended in 2008 with the passage of the Americans with Disabilities Act Amendments Act (ADAAA), which made substantial changes to the definition of "disability."

Do you believe you have been denied admission to a school or been passed over for a job promotion due to your disability? Has your employer failed to make accommodations that would allow you to do your job? Morgan & Morgan wants to hear from you. Our experienced ADA discrimination attorneys are passionate about fairness and fighting for the rights of victims like you.

A Closer Look at the ADA

The ADA is divided into five titles as follows:

This title covers all aspects of employment, including a provision that says employers must provide reasonable accommodations to disabled employees so that they can perform their work duties.

Regulated and enforced by the U.S. Department of Justice, this title prohibits discrimination against disabled individuals in public entities such as transportation services like Amtrak.

This title prevents privately owned facilities and places of business from discriminating against people with disabilities. It also mandates that businesses provide reasonable accommodations to render their facilities accessible to disabled patrons and customers.

Title IV mandates that telecommunications providers make accommodations to allow disabled individuals to use their services, such as providing closed captioning,

The final title relates the ADA to other laws, discusses the concept of state immunity, and gives a list of conditions that are not considered disabilities.