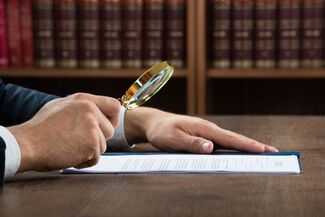 When a state, county, or local government wants to pursue litigation against a private business, but doesn’t have the resources or expertise to effectively litigate the case, the public entity can seek the assistance of a private law firm to handle the case on its behalf.

At Morgan & Morgan, our attorneys represent governmental entities from the state to local level on a contingency-fee basis in cases involving fraud, dangerous pollution, environmental impact, and other misconduct by private businesses. Currently, our attorneys are representing the Commonwealth of Kentucky and 30 other local governments in the nationwide opioid litigation.

Why Do Governments Need Help From Government Action Attorneys?

Currently, our attorneys are representing the Commonwealth of Kentucky and 30 other local governments in the nationwide opioid litigation.

State, county, and local governments have many duties and responsibilities, and when a private business commits an act that negatively affects an entire community, the government representing that community has the right to file a lawsuit to recover compensation.

The defendants in these cases may be very large companies with well paid legal teams and no shortage of funds to fight the case. On the other hand, states, counties, and cities are constrained by their budgets and may not have the resources or expertise to fight a large company. In such cases, a government is permitted to retain the services of a private law firm to investigate and litigate the case on its behalf.

The key to this public/private partnership is that it costs taxpayers nothing, because the attorneys work on a contingency-fee basis. The attorneys take a portion of the verdict or settlement only if they win the case, with the remainder going to the client. This money is for costs the government incurred dealing with the issue over which it filed a lawsuit and for costs associated with fixing the issue going forward, such as cleaning up pollution or helping the many people addicted to opioids.

Law firms that litigate cases on behalf of state, county, and local governments take on a huge challenge and tremendous responsibility when they agree to take the case. These cases often involve large companies with sophisticated legal teams, and the affected community may be in of serious need of compensation to remedy the damage.

The key to this public/private partnership is that it costs taxpayers nothing, because the attorneys work on a contingency-fee basis.

In what may be the most significant government action case litigated since the states sued Big Tobacco, cities, counties, and states across the country filed lawsuits against the manufacturers of opioids to hold them accountable for the opioid epidemic they allegedly started.

Morgan & Morgan was selected by Kentucky Attorney General Andy Beshear to investigate potential litigation against drug manufacturers, distributors, and retailers for their role in Kentucky’s opioid problem. Additionally, we filed opioid lawsuits on behalf of 17 governments in West Virginia, including McDowell County — one of the counties hardest hit by the opioid epidemic in the entire country.

Those lawsuits were later consolidated into a multi-district litigation with similar lawsuits filed by other cities and counties from around the country. The MDL is led by an executive committee of 20 attorneys, including Morgan & Morgan’s Government Action Group Chair, James Young.

Previously, our attorneys represented the Cherokee Nation and Eastern Band of Cherokee Indians in a lawsuit against Volkswagen over the company’s emissions scandal.

Our attorneys also represented more than 35 Florida cities, counties, and school boards in lawsuits against British Petroleum and related companies after the 2010 Deepwater Horizon oil spill. We eventually settled the case and obtained millions on behalf of our clients for the decreased tax revenue that resulted from the spill.

We filed opioid lawsuits on behalf of 17 governments in West Virginia, including McDowell County — one of the counties hardest hit by the opioid epidemic in the entire country.

James Young, Greg Stumbo, and the rest of the Government Action team have unique skills and backgrounds they developed while working for the Attorney General, serving as Attorney General of Kentucky, as FBI Special Agents, as Assistant United States Attorneys, or special counsel for litigating state agencies. Their qualifications and subject matter expertise give them an ability to quickly dissect and deftly navigate complicated government claims with ease.

Can Our Government Action Attorneys Assist Your Community?

Your community might benefit from retaining our Government Action attorneys, but check your state’s laws first. Not every state or local law permit the public/private partnership between state, county, and local governments and private law firms in the same manner. Many governments have procurement laws which restrict the right to engage outside layers or define a process for selection of outside lawyers. Currently, 21 states have implemented “sunshine laws” that place fee limits on such private/public partnerships and require their disclosure.

If your state allows it, and you’re facing a community-ravaging issue that demands to be rectified, contact Morgan & Morgan today for a free, no-risk case evaluation.