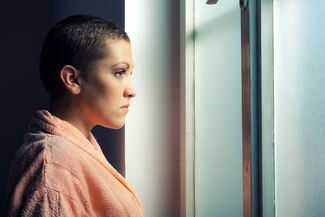 The class action attorneys at Morgan & Morgan are investigating potential lawsuits on behalf of Janumet users who have developed pancreatic cancer. It has been alleged that the drug, used to lower blood sugar levels in patients with Type 2 diabetes, can increase a user’s risk of developing pancreatic cancer.

Patients who have been diagnosed with pancreatic cancer after taking Janumet may have legal recourse in light of claims that the drug’s manufacturer knew about the link between Janumet and pancreatic cancer, and failed to adequately warn both patients and the medical community.

To find out if you can make a claim for compensation to cover medical bills and other losses, please contact us today for a free consultation. There is no cost or obligation.

Janumet contains a combination of two medications known as metformin and sitagliptin (sold alone as Januvia. Known in the medical field as a DDP-4 inhibitor, sitagliptin has come under increasing scrutiny for its reported link to pancreatic cancer.

In a study published in a 2011 issue of Gastroenterology{:target="_blank"}, researchers examined FDA adverse event reports of pancreatic cancer and other serious conditions issued in association with the use of sitagliptin. The reports, which were sent to the FDA between 2004 and 2009, revealed that the reported event rate of pancreatic cancer in patients taking sitagliptin was 2.7 times higher when compared to those using other diabetes treatments.

Drugs known as DDP-4 inhibitors, such as Janumet, work by slowing down the metabolism of GLP-1, a naturally-occurring hormone that signals the pancreas to release insulin after eating to reduce blood sugar levels. Patients with Type 2 diabetes typically do not have enough of these hormones, and drugs such as Janumet work by slowing down the body’s metabolism of naturally-occurring GLP-1. In turn, the drug will lower the patient’s blood glucose levels by increasing GLP-1 receptor activity. It has been theorized, however, that this heightened receptor activity can increase a user’s chances of developing pancreatic cancer.

What is the Status of the Janumet Litigation?

In August 2013, a federal panel of judges decided that the litigation involving Janumet and other related diabetes drugs share similar allegations regarding the drugs’ link to pancreatic cancer. To help process these cases more efficiently, the panel found that consolidating the cases to a single federal court for pretrial proceedings would be appropriate. This consolidation will save time, money and resources, and help ensure consistent rulings.

While the cases have been consolidated for discovery and other pretrial matters, it is important to remember that each plaintiff retains his or her own lawyer and suit, as well as the right to an individual monetary award based on the specifics of his or her case. Court documents indicate that as of February 2014, there were 306 cases pending in federal court against the makers of Janumet and similar drugs.

How Our Attorneys Can Help with Your Janumet Lawsuit

A number of diabetes drugs are facing litigation claiming that they are defective and unreasonably dangerous and were sold without proper warnings. If you or a loved one has been diagnosed with pancreatic cancer after taking Janumet, our class action attorneys may be able to help you file a class action lawsuit against Merck alleging that the illness resulted from the use of their diabetes drug.

By filing a legal claim, you stand to receive compensation for losses related to your diagnosis, including medical expenses, lost wages and pain and suffering. Our attorneys have decades of experience handling dangerous drug lawsuits and have been assigned leadership roles in prominent mass torts across the country. Do not hesitate to contact us today for a free, no obligation case review.