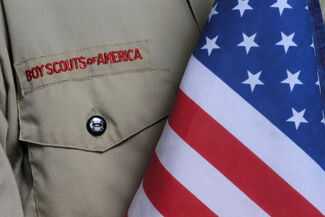 Morgan & Morgan attorneys are helping victims who suffered child sexual abuse as a  Boy Scout or while participating in Boy Scouts programs.

Boy Scouts of America has been one of the most important community and social institutions in the U.S. for more than a century. Its stated mission is to teach children how to be moral and ethical adults by learning and following the Scout Oath and Scout Law. Tens of millions of American children, including four presidents, have been Scouts, and for most of those children, it was a positive life experience.  But not for all. Over the last few years, hundreds of former Scouts have accused their former scoutmasters and other leaders of sexual abuse. As the nation’s attitude toward survivors of child sexual abuse has become more supportive, and with a legal system more willing to take their stories seriously, long-silent victims have found the courage to come forward.  If you or a loved was a victim of child sexual abuse while in the Boy Scouts, Morgan & Morgan would like to help you seek justice and compensation. Please contact us right away for a free, no-obligation consultation. We handle cases with sensitivity and care, and we are committed to protecting your privacy and confidentiality.  Scouts were victimized by the leaders they trusted to show them the way to live their lives — in a place of friendship and one in which their parents thought they were safe. The violation of this innocent faith is a monstrous act, and the failure to protect these children is unforgivable.

A Lack of Protection and Accountability

The evidence of failure by the Boy Scouts organization to do enough to protect the children in its charge from these traumatizing experiences is mounting. But this wasn’t just the run-of-the-mill ignorance that was all-too-common in this country for so long. Instead, there is evidence that Boy Scout leadership was informed of the extent of the problem, and still failed to do anything to protect the children in their care.

The existence of an internal file called the[ “Perversion List,”](https://documents.latimes.com/boy-scouts-paper-trail-of-abuse-documents/) which cites more than 8,000 scoutmasters and other leaders who have been credibly accused of child molestation over more than a half-century, has been discovered. Records indicating reports of molestation of over 12,000 children have been found. The Boy Scouts had a child molestation epidemic on its hands, and it knew it, and it did not do enough to stop it.  The Boy Scouts charter requires it to make a report to the U.S. Congress every year. The organization has consistently failed to disclose in this report the child molestation problem it has faced.  But the story is finally being told, thanks to the brave survivors coming forward and seeking justice. These are people who have been suffering in silence with the devastating effects of the abuse and molestation they suffered, some of them for 40 years or more.

Common emotional and mental conditions and symptoms include:

If you or a loved one has dealt with any of these complications as a result of child sexual abuse suffered as a Scout, know that you have the right to demand justice and compensation.

On February 18, 2020, the Boy Scouts of America filed for bankruptcy (Official bar date in these chapter 11 cases is November 16th, 2020 at 5:00 p.m. eastern standard time. Sexual abuse survivor refer to claims website http://www.officialbsaclaims.com/). If this goes forward, the practical effect will be to force all victims to come forward now, or forever lose their right to file legal action and pursue a claim. It is unfortunately likely that many survivors will not come forward in time, because historically, It is rare for victims to come forward until they reach middle age. For many Boy Scout victims, that won’t come in time.

Victims shouldn’t have to make a choice between the pain and trauma of coming forward before they’re ready or losing out on what may be their one opportunity for justice and compensation. But it doesn’t have to be this way.

A survivor who knows that they can rely on the sensitivity, discretion, and support of the people around them is one that can hopefully find the strength to tell their story, and be empowered to fight for the justice they deserve. We are here to be that support.

The Time Is Now

Morgan & Morgan has successfully fought for the victims of child sexual abuse for decades, including against large and powerful institutions such as the Catholic Church. We know what it takes to win these cases, and we know how to work for survivors with sensitivity and care, as well as the utmost privacy and confidentiality.  The time is now. The Boy Scouts organization is considering bankruptcy (Official bar date in these chapter 11 cases is November 16th, 2020 at 5:00 p.m. eastern standard time. Sexual abuse survivor refer to claims website http://www.officialbsaclaims.com/) as a means to avoid compensating the victims it failed to protect, so the opportunity to win some measure of justice and payment may not last forever.  Contact us today to set up a free, confidential, no-obligation consultation. We want to fight for you.