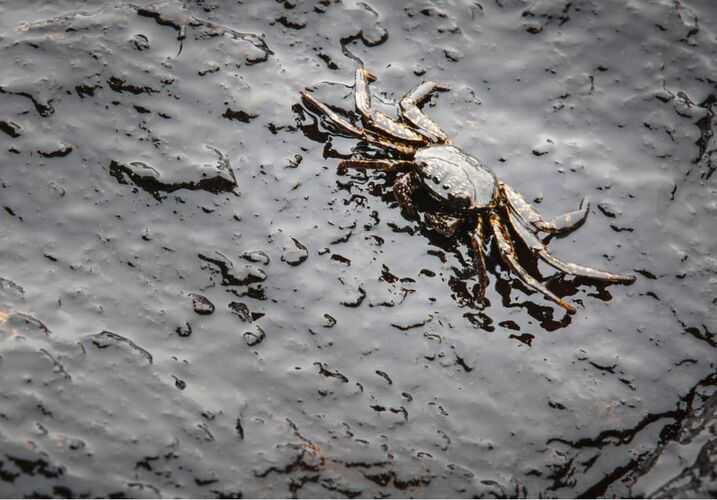 A pipeline leak off the coast of California has caused widespread ecological damage to the area. The 126,000 gallons of spilled oil reached the coastline on Sunday and Monday, prompting state officials to close down the area for recreational activities and fishing. As we’ve seen before, oil spills can cause major problems for years into the future, and this one is no exception. Southern California will most likely suffer from the consequences of this oil leak for many years, and the people are often the ones who have to pay the price for it.

Here’s everything you need to know about the most recent oil spill in California:

How Did the Oil Spill Occur?

The leak was discovered on Friday after a lifeguard noticed an oil smell in the area around the oil processing platform where the leak occurred. The workers worked diligently into Sunday night to contain the spill, but after dead birds and fish began washing up on shore, it was apparent that the damage was already done. The platform that sustained the leak was built in 1980 to process oil from two additional platforms and is currently fed by 70 oil wells. With that much crude oil being fed into one centralized location, it’s not surprising that this oil spill is one of the largest in history.

The leak is evidence of the aging machinery used in the modern oil industry. Most oil processing platforms were built decades ago and have seen little change in the way of upgrading the equipment for safer use. A leak in an underwater oil pipeline causes much more damage than a normal equipment failure, and that fact should have alerted officials in the industry to change their ways of operation to avoid a situation like this. Until the industry sees significant reform, it’s only a matter of time until sudden pipeline leaks cause more ecological damage.

What Is Being Done to Fix the Spill?

Oil cleanup crews were dispatched after the leak was discovered to try and contain the spill before it got out of control. Government officials, coast guard boats, and other rescue organizations have already recovered 3,150 gallons of oil and deployed 5,360 feet of boom to help prevent sections of the spill from spreading. Despite their efforts, the leak was too far gone, and the oil has contaminated much of the Southern California coastline.

What Should I Do if I’ve Been Impacted by the Oil Spill?

If you live in a coastal area, an oil spill can jeopardize your way of life. Any property that’s on the coastline will now have to handle a severely toxic environment, which can result in medical problems if you’re not careful. Not only that, but if you have a boat or other water equipment that’s in the area of the spill, you’ll have to pay for the expensive repairs and shoulder the financial burden of an accident you didn’t cause.

Most of Southern California’s coastline is closed off to the public because of the toxicity of the water. While this is an inconvenience for those who wanted to enjoy a day at the beach, it’s especially problematic for those who operate businesses in the area. Closed-off beaches mean there’s no one to shop at your storefront, and that can have serious financial consequences when you’re trying to pay your bills. You didn’t cause the oil spill, so why should you have to endure the expense of their mistake?

If you’ve been impacted by the oil spill in California, we understand how stressed and frustrated you are. The leaking pipeline should have been noticed and repaired before it could cause widespread harm, but unfortunately, this wasn’t the case, and many individuals are now forced to endure the hardship of an oil spill. The oil industry has guidelines and regulations to avoid this kind of situation, making their mistake all the more unacceptable. You shouldn’t have to pay for their negligence. Contact Morgan & Morgan today to see if you’re eligible for compensation.