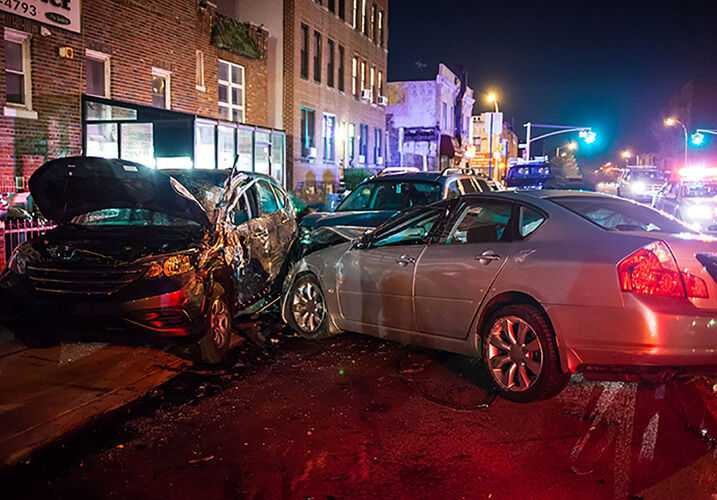 A St. Paul woman was taken to the hospital with life-threatening injuries after a six-vehicle crash on Dec. 5 in Rosemount, Minnesota, the Pioneer Press reported. The accident occurred at around 7:30 a.m., according to the Minnesota State Patrol. Three cars were stopped on Minnesota 55 headed eastbound behind a tractor-trailer attempting to make a left turn onto Doyle Path. The cars were rear-ended by a dump truck, which fishtailed into the westbound lane, causing a motorist driving a Dodge Ram pickup truck to swerve to avoid a crash. The dump truck crashed into the side of the semi truck and drove into a ditch.

Deanna Rene Anderson, 31, was stopped immediately behind the semi truck in an Infiniti G35 sedan when the accident happened. She was rushed to Regions Hospital in St. Paul with critical injuries. None of the other drivers or their passengers were injured in the crash, the Minnesota State Patrol said. Pioneer Press reported that this same intersection was the scene of a similar crash in which two people were killed when their car was sandwiched between a stopped semi truck and a dump truck that failed to stop.

Recovering from a motor vehicle accident can be emotionally and physically exhausting. On top of that, costs related to medical bills, automobile repairs, and transportation to doctor appointments can all stack up, especially if you have to miss work due to your injuries. If you’ve been wounded in a motor vehicle accident, you may be entitled to compensation for these costs. Insurance companies will often try to deny your claims, so having a lawyer to fight back is crucial in getting the money you deserve. Contact Morgan & Morgan for a free consultation to discuss your options.