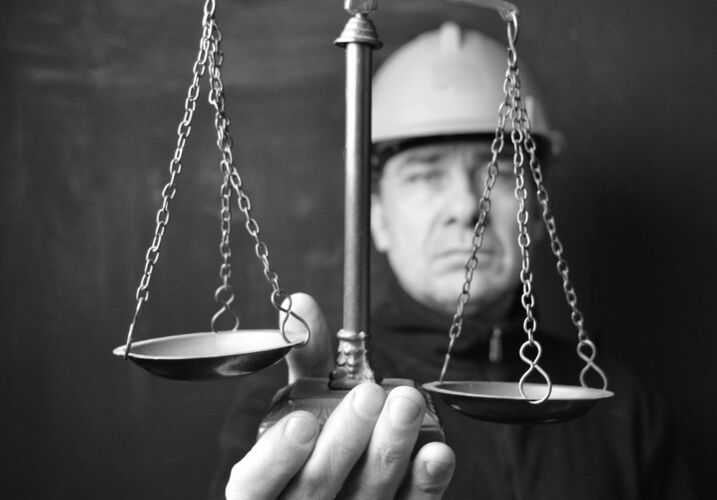 Our attorney Donny Owens, with assistance by attorney Brian McClain, recently won a $3.85 million jury verdict for a man who suffered life-altering injuries on a construction site, turning a $5,000 pre-trial settlement offer into an award that will actually cover his medical bills and lifetime inability to work in construction ever again.

The case is a great example of the lengths that insurance companies will go to give our seriously-injured clients low-ball settlement offers — and the lengths we’ll go to fight this injustice.

Owens, an attorney in our Jacksonville office, represented a construction worker and his wife in the premises liability case. The man was working at a construction site and fell while walking down stairs that had been improperly installed. As a result of the fall, he suffered some serious injuries and life circumstances. He has a herniated disc that requires epidural injections and pain medication. He also ended up with $50,000 in past medical bills (not counting anything today or going forward). Perhaps worst of all, his inability to return to work has left his wife working nights and, in general, significantly more hours in order to make up for their loss in income.

As you can see, the $5,000 the defendant’s insurance company offered our clients would never have been enough — not for the depth and breadth of life-altering changes Owens saw firsthand.

“After watching over the last several years how the negligence of the defendant completely changed my clients’ lives — and seeing the frustration they felt when the defendant would not accept any responsibility — the validation of hearing a jury of their peers tell them they have been right all along was inspiring,” Owens said.

The verdict that Owens and McClain ended up getting for the couple — an award 776 times greater than the initial settlement offer — also resonated.

“For them to realize that they can now financially try to get their lives back to a place before everything was taken from them, showed us how truly life-altering a verdict like this can be and why we need to keep fighting the bullies when no one else will,” Owens said.

Morgan & Morgan’s trial attorneys are ready to fight for the people who receive astonishingly low settlement offers when facing a mountain of medical bills and an uncertain future.

Last year, we ran a weeklong series highlighting the importance going to trial can have on a client’s case. There was the automobile crash in which a client received a $25,000 settlement offer that didn’t begin to cover what was necessary; so we took the case to trial and secured a $12 million jury verdict for the client. There was also a lawsuit against the City of Orlando — the city offering nothing and our attorney Matt Morgan securing $1.1 million for a client crushed by a laurel oak.

Nevertheless, as Owens mentioned above, it’s not just about the money. It’s also about people who were wronged feeling the vindication that they were right — that they deserve justice for their suffering.

Even if going to trial isn’t necessary — settlement negotiations can often yield final offers that far exceed initial, low-ball overtures — our attorneys can help. We have decades of experience with every aspect of litigation, and we’re also almost as big as the insurance companies and other bully corporations. We’ll protect you, fighting against the bullies on your behalf.

Contact us today for a free, no-risk case evaluation. You don’t have to fight alone and you don’t need to settle for just any offer.