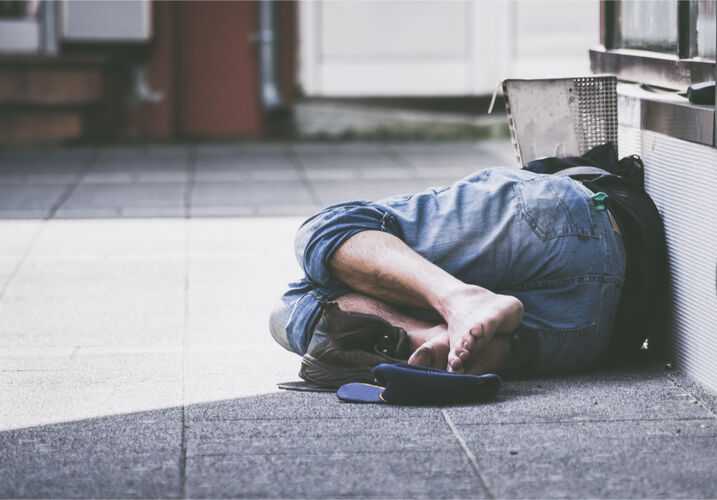 Joel Hunter is stepping down from his 32-year senior pastor post at evangelical megachurch Northland Church to start a ministry for the poor and homeless in Florida, and he's got a big donation from the Morgan family to start him off.

“After 32 years of serving as your Senior Pastor at Northland, following 15 years as a pastor in the United Methodist Church, my call to the pastoral role in a church is fulfilled,” announced Joel Hunter on Aug. 3 in a letter published on the Northland Church website. “I believe God will continue using Northland in wonderful ways, but He is calling me to focus my life on a new season of ministry outside the four walls of the church.”

Hunter gained national recognition when he delivered a prayer at the 2008 Democratic National Convention, according to the Orlando Sentinel, but the pastor was already well known in Central Florida as a religious leader who bridged gaps with his interfaith approaches to climate change, race, gun violence, and homelessness.

Joel Hunter’s decision to pledge his life to serving the homeless in our community has gained support from many in the area, including the Morgan family. John and Ultima Morgan are donating $1 million to the new Community Resource Network, where Joel Hunter will serve as board chairman.

“There is a sweetness and a gentleness in Joel Hunter that makes him more Christlike than some of the phony baloneys that I see on TV,” John Morgan said to Orlando Sentinel. “I just believe that there’s people that talk the talk and there’s people who walk the walk, and Joel Hunter is the latter to me. Obviously, we believe in the mission. But it’s as important to believe in the missionary.”

Joel Hunter is no stranger to the issue of homelessness in Florida. As the board chair of the Central Florida Commission on Homelessness, Hunter has already led a number of efforts to deliver resources to our community’s homeless. He was inspired by a chance meeting at Lake Eola.

““I was down at Lake Eola at an event that our church does periodically, and I started talking to one of the homeless men there.” Hunter explained on the CFCH website. “He was very articulate, very capable, and had a family. He told me about his background and what he had done vocationally… and I was just so taken aback by the fact that this literally could happen to any of us.”

Now, Hunter will be able to devote even more resources and time to his work serving the homeless as the board chairman of the Community Resource Network. In this new role, Hunter will work with his wife Becky to encourage religious organizations and churches in Central Florida to help homeless families.

Homelessness in Florida: The Numbers

Although the rates of people living without shelter in Florida have fallen in recent years thanks to the efforts of people like Joel Hunter, homelessness is a serious issue that needs our attention and concern.

Homelessness affects approximately 83,665 people — or one out of every 227 residents — in Florida annually, according to a 2016 study by the National Homeless Information Project and the Florida Coalition for the Homeless.

In the 2014-2015 school year over 13,000 students in the Osceola, Seminole, and Orange tri-county area identified as being homeless, according to the CFCH.

The total number of chronic homelessness — defined by the government as an adult with a long-term disability experiencing homelessness for one year or longer — was estimated at 5,649 people, with 1,251 people living in emergency shelters and 4,398 people living without shelter at all.

But chronic homelessness isn’t the only type of homelessness. Many people in our community experience episodic homelessness due to job loss, health issues, and other types of hardships. In the 2014-2015 school year (the latest data available) over 13,000 students in the Osceola, Seminole, and Orange tri-county area identified as being homeless, according to the CFCH.

Ultimately, homelessness is a problem that affects people of all backgrounds, and only compassion and empathy can stop it in its tracks.

You Can Help Your Community Too

If you’re moved by Pastor Joel Hunter’s work to aid the poor and homeless in Florida, you can help as well. Consider donating or volunteering with the Community Resource Network. Every little bit counts, and it goes a long way to help underprivileged families in our community to find homes.