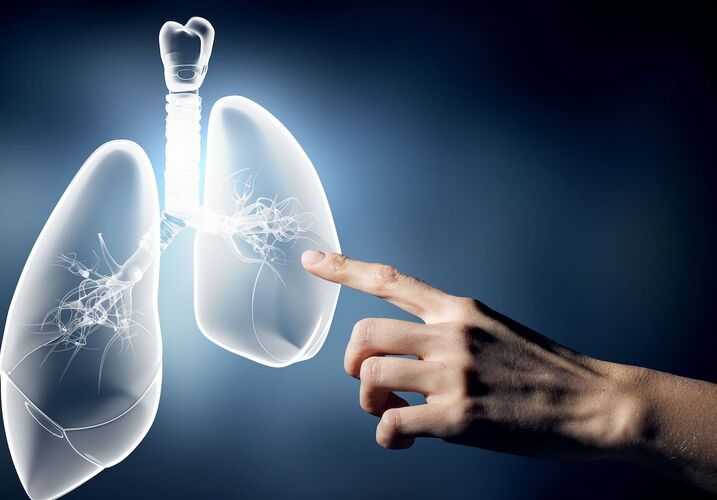 Bedtime stories, playing in the park, and loving hugs from parents — these are some of the most cherished memories of childhood for many adults. But for an English woman who recently died from mesothelioma, thought to have been caused by her father’s asbestos-laden hugs when she was a kid, those memories could have been a constant reminder of how she got cancer.

Susan Macgregor, 58, died after a 14-month battle with mesothelioma, a rare and incurable form of cancer, according to English newspaper The Derby Telegraph. Even though Macgregor never worked with asbestos directly, she is said to be the victim of secondhand exposure, which can be equally as deadly.

People only get mesothelioma if they were exposed to asbestos, which is why workers who encountered the mineral on the job are the ones usually diagnosed. Macgregor's father was one of these workers, and when he came home every day wearing his work clothes, Macgregor was potentially exposed to asbestos when they hugged.

Yet, because mesothelioma has a latency period that lasts anywhere from 20 to 40 years, Macgregor never knew she was exposed. She grew up and started a family, all the while mesothelioma was slowly developing in her lungs.

How Do You Get Secondhand Mesothelioma Exposure?

Unknowingly, these workers returned home to their families each night covered in dust laced with deadly asbestos fibers.

Asbestos is a fibrous mineral that breaks apart easily. When workers handled it on the job, little fibers would break off and float through the air like small particles of dust. These fibers were then inhaled by workers on the job site, planting the seeds of mesothelioma in their lungs. The fibers that were not inhaled would fall to the floor, on workers’ uniforms, and even in their hair.

Workers with jobs in the following industries were often exposed to asbestos:

Unknowingly, these workers returned home to their families each night covered in dust laced with deadly asbestos fibers. As a result, many children like Susan Macgregor were exposed to asbestos when they inhaled the fibers on their parent’s hair or uniform during a hug or a cuddle.

Additionally, the spouses of such workers may have been exposed in a similar way, or by laundering contaminated clothes, according to a study on domestic asbestos exposure.

How Common is Secondhand Asbestos Exposure?

Mesothelioma is already considered an extremely rare form of cancer, so people who develop it from secondhand exposure are a subset of an already small demographic.

While most cases of mesothelioma in men can be chalked up to their work, women are usually exposed in other ways, according to the study. In fact, two separate studies — one conducted in 1997 by Durham and Duke University Medical Centers and another conducted in Denmark between 1996 and 2012, published in the Danish Medical Journal — discovered that more than half of women diagnosed with mesothelioma contracted the disease at home, according to ClassAction.com.

And even though asbestos use has declined rapidly since its true danger was discovered in the 1970s, thousands of people are still diagnosed each year.

...more than half of women diagnosed with mesothelioma contracted the disease at home, according to ClassAction.com.

Victims of mesothelioma who can prove they were exposed to asbestos on the job have a few avenues for compensation, depending on what industry they worked in, but does the same apply to their family members who may have been exposed outside the workplace?

Former employees can file a lawsuit against their old employer or pursue compensation from a trust fund their employer set up. Some asbestos companies were forced to set up a trust for future victims of mesothelioma before they declared bankruptcy, and today there is still $30 billion available. Additionally, military personnel diagnosed with mesothelioma can pursue compensation from Veterans Affairs.

However, are these companies and the government responsible for victims that were never exposed to asbestos on the job?

It turns out that, in some cases, they are. While there is no guarantee that every case of secondhand exposure will result in a similar outcome, several women have won multimillion dollar awards for secondhand exposure, according to ClassAction.com.

Two notable cases include state supreme court decisions in New Jersey and California that found companies have a duty of care to family members who were exposed to asbestos. Women in Alabama and Washington state have also won significant verdicts for their mesothelioma diagnoses that resulted from secondhand exposure.

Companies knew for decades that asbestos could cause mesothelioma among people who inhaled the mineral’s fibers, but did nothing to prevent it. Today, those workers are eligible for compensation, but what about the loved ones they may have unwittingly exposed to asbestos?

Companies should have known that dangerous asbestos can be transmitted into the home on the body and clothing of workers and harm their family members. If you have a family member who was diagnosed with mesothelioma — whether they handled asbestos directly or developed the disease from secondhand exposure — we may be able to help.