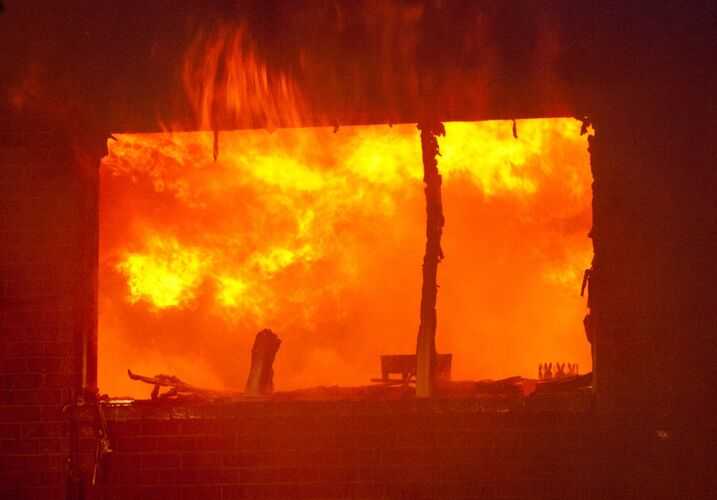 Authorities are still investigating a sweeping fire in a McAllen, Texas apartment complex that on July 7 destroyed 12 units, displacing 48 residents.

The fire began in a unit occupied by Cassandra Villanueva, who lived at the Abellon Condominiums with her five children.

“It started in our apartment, so it took everything,” Cassandra Villanueva lamented to KRGV.

The McAllen Fire Marshal’s Office began investigations promptly, but so far no cause has materialized. They did confirm Villanueva’s statement that the fire began in a single apartment, according to CBS4. Deputy Fire Marshal Gerald Williamson spoke at length to the media, telling KRGV that current McAllen and Texas fire codes require landlords to install smoke alarms and fire extinguishers, but not maintain them.

“It's the responsibility of the resident in the apartment to ensure that the smoke detector is creating a safe environment for them and is capable of alerting them in the event of a fire,” Williamson said.

Williamson also mentioned that apartment complexes aren’t inspected once a year like commercial buildings, and that fire codes were less stringent when the Abellon Condominiums building went up in 1976.

Details about the fire aren't clear, and authorities haven't identified a responsible party. The apartment complex’s landlord didn’t maintain insurance on the building, but only renter’s insurance covers losses in case of a fire, according to Williamson.

Is Your Apartment Up to Code?

The first step to curbing fire hazards is to make a good faith attempt at bringing your apartment or home into code. Working smoke detectors and fire extinguishers are key to a secure home. Many cities or towns make landlords responsible for providing smoke detectors, fire extinguishers, and accessible emergency exits, but fire codes may place maintenance duties on tenants after installation, like it does in McAllen, according to KRGV.

Your landlord may be responsible for other fixes that can spark blazes, like stopping a gas leak or vacuuming out dirty dryer hoses. If they don’t, the ensuing damage due to neglect may be their responsibility. Our burn safety checklist can help you learn what to look for to keep your home safe, but each state and even city may be different.

A neglected home is like a tinderbox, and every fire hazard adds up to danger for your family. You could end up with significant property loss or injuries like burns that you received through no fault of your own. A knowledgeable attorney may be able to prove negligence on the part of landlords or manufacturers, even if you think the fire may be your fault.

For now, Lincoln Middle School, the local Red Cross, and several other organizations are providing donations and housing to those displaced by the fire, according to CBS4.

Feature photo does not represent the actual fire.