JAX Pedestrian Death Zone: Can the City Become a Better Place to Walk? 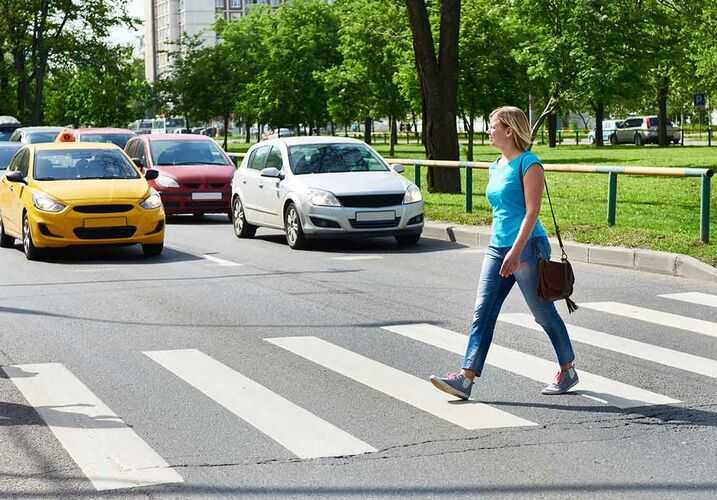 The City of Jacksonville has been regarded as one of the nation’s most dangerous zones for pedestrians and bicyclists alike. But the city is finally taking major steps to shed its bad reputation to improve the safety for its 800,000 citizens with a master pedestrian and bicyclist plan. Slated for completion as early as 2030, the plan paves a way for extensive pedestrian-friendly initiatives citywide.

The master plan will establish a “baseline of existing conditions, identify needs, establish a recommended network [for cyclists], and help to prioritize strategies that will increase the number of frequency of people walking and bicycling," according to the proposal. This will include an increase in sidewalks, crosswalks, and interconnected bike lanes separated from the main roads.

That is a positive development, given that Jacksonville has ranked the third-most-dangerous city in the country for pedestrians and cyclists for most years since 2009, only followed by its neighbors of Orlando and Tampa. Since the car-centric north Florida city experienced a rapid urban sprawl following World War II, its population has not only increased but also moved further into the suburbs.

“We were built as an urban commuter city. We were just grown out and out and out,” Laurie Santana, Jacksonville’s acting chief for transportation planning, told the Florida Times-Union. “We have to go back and retrofit.”

The Scope of the Plan

Earlier this year, the city’s pedestrian and bicycle steering committee encouraged residents to provide input by marking routes they frequently take in the area, as well as challenging walking and biking routes, on a Wikimap.

They also held a public hearing where citizens questioned the geographic scope of the plan. While officials are focusing their study of data solely on areas inside the I-295 loop — aimed to be completed by March 2017 — they took into account residents’ recommendations in areas that could benefit from an overhaul which will be “citywide in application and relevance.”

In one recommendation, residents commented on Heckscher Drive, a popular road for riding that extends beyond the I-295 loop towards the beach. While citizens say having this road is “better than nothing,” it gets especially busy on the weekends and gives riders only a narrow shoulder to ride on. Sitting north of 295, Pecan Park Road also entered the conversation and was presented as a missing link for bike access and loops.

The city’s problem areas for pedestrians and bikers number in the dozens. A 2012 finding from the Florida Department of Highway Safety and Motor Vehicles revealed that 25 of Jacksonville’s intersections were responsible for 14,000 accidents in Duval County. So far this year, 41 pedestrians have been killed.

Residents have often complained of the difficulties in crossing major roads without signals or crosswalks. Santana points out the dangerous process of going shopping from an apartment complex or crossing the street from a bus stop. “People are running across five lanes of traffic to get to the grocery store,” she said.

Residents have also identified poor quality of sidewalks, saying their unevenness is problematic for those with limited abilities and the elderly population that have spread out geographically throughout the city.

The intersections of Blanding and Argyle Forest and Youngerman Circle, that lead into active shopping mall complexes and kiss the border of I-295, were the site of 146 accidents in 2012, which is the most recent information available.

Many of these accidents are occurring on a large portion of Beach Boulevard that stretches east from I-295 towards the Atlantic. The Kearnan and Beach intersection saw a recent accident in March that left one person dead and three injured. In 2012, Beach and Hodges Boulevards alone saw 85 crashes, with 39 accidents on Beach Boulevard and San Pablo Road, all east of 295.

A new batch of traffic lights is coming to busy Kernan Boulevard between Beach and Atlantic Boulevards to complement the construction of a new residential development in the area. The installation will assist the flow of traffic that some locals are calling “madness” and are often putting pedestrians at risk when attempting to cross.

The planning firm hired to carry out the plan, Toole Design Group, will set up a priority list of short and long-term projects with strategies and proposals not only for a connective walking and biking network throughout the city, but also for bicycle and pedestrian safety education programs. “This won’t be a plan that has a bunch of lines on a map,” said a director of the planning firm Toole Design Group hired to carry out the plan. “It’s about policy, and how to change the environment so that everyone is working better together.” We empathize with those whose lives have been affected by tragic pedestrian and bicyclist deaths. Unfortunately, this isn’t the first time something like this has come up, and it probably won’t be the last. Visit our page to learn more about steps you can take if you or a loved one has suffered injuries because of an accident.