How Cities Around the U.S. Are Putting Heat Deaths on Ice 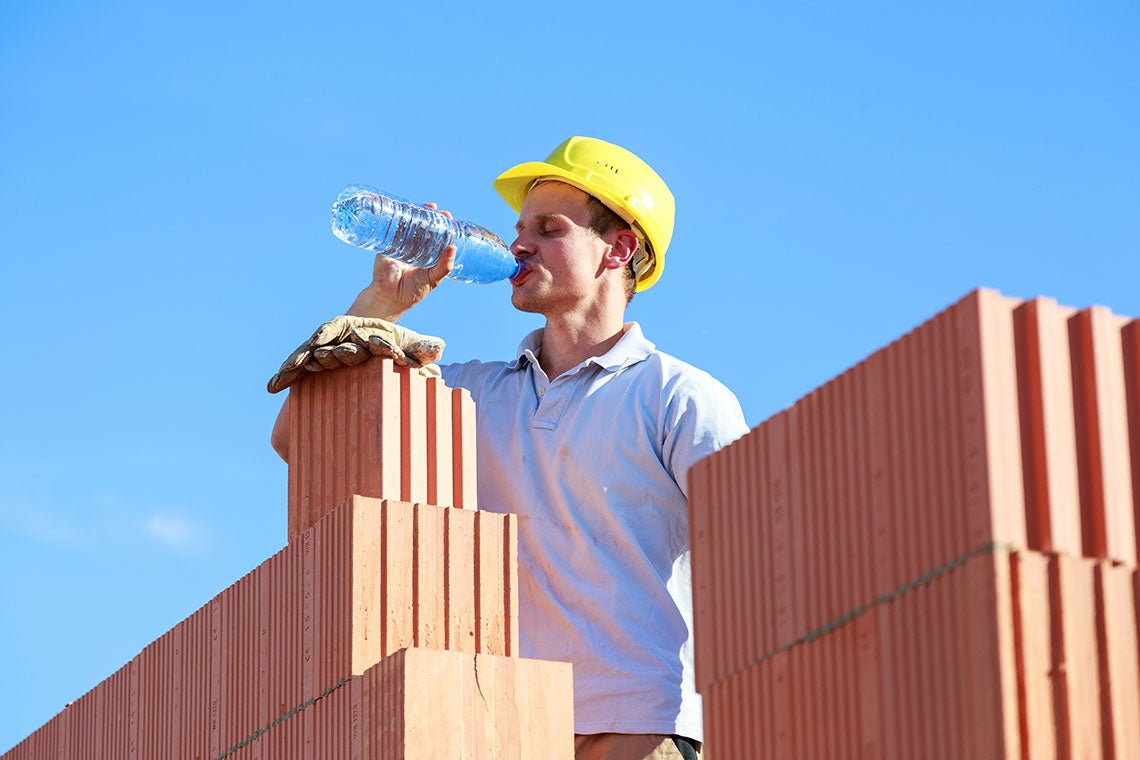 Summer is rapidly approaching and with the new season comes high temperatures. For those who work, exercise, or generally spend a lot of time outdoors — especially in the hotter, southern states of the U.S. — the heat can be impossible to escape from and can be quite dangerous if safety precautions aren’t taken.

The Centers for Disease Control and Prevention found that over 650 people die{: target="_blank"} per year from heat-related illnesses. In 2015, 45 people died due to extreme heat, which was an increase from 20 in 2014.

There are a variety of ways that people can succumb to a heat-related incident, but in recognition of Heat Safety Awareness Day on May 26, we will explore three major heat safety issues and what has been done to prevent them from claiming more lives.

To start, let’s identify the most common types of heat-related illnesses: heat exhaustion and heat stroke.

Heat exhaustion is a critical heat-related health issue that occurs when the body gets too hot. This illness, if left untreated, can progress to a heat stroke and result in a medical emergency. According to the Occupational Safety and Health Administration, the symptoms of heat exhaustions are:

Heat stroke is the most severe heat-related illness due to the body’s inability to control its temperature, according to OSHA. The body’s temperature can rise over 106 degrees quickly, and cause a permanent disability or death.

Heat stroke has several symptoms including:

Children and pets being left in cars on hot days have become a common occurrence nationally. There are countless horror stories of children dying in these hot and suffocating vehicles. In 2016 alone, there were 39 heatstroke deaths of children left in cars in the U.S., according to the National Safety Council.

As recent as February, a toddler was left alone in a car at a shopping center in Brandon, Florida, according to Fox 13 News. The child was in the car for approximately five hours on a day where the temperature was over 80 degrees. The baby’s half-sister went to work and when she came back she found the infant in the car. She took him to the hospital, where he later died.

This tragic incident and others have left people wondering what solutions are necessary to stop these senseless deaths. Fortunately, several states have passed government legislature to prevent hot car fatalities.

In Florida, Governor Rick Scott signed into law House Bill 131, making it legal to break into vehicles in order to rescue unattended persons and pets in “imminent danger of suffering harm.” The law will grant immunity from civil and criminal liability for good Samaritans who spot an unattended child or pet and break into the car to save them.

Other states including Arizona and California have also joined in on the act by creating similar laws.

Heat illness during practice or preseason competition is the leading cause of death among U.S. high school athletes, according to the CDC. Between 1980 to 2015, there were 44 heat stroke-related deaths{: target="_blank"} during preseason high school practices.

When preseason training begins, athletes may not be prepared to cope with the hot weather and the physical demands required because they’re not used to exercising in the heat, according to the National Athletic Trainers’ Association.

In order to prevent heat-related illnesses from occurring on the gridiron, NATA issued a position statement with guidelines for heat-acclimation.

Many high schools from 14 states have adopted these heat stroke prevention guidelines since 2011. There has only been one heat stroke death during a preseason game since then, according to U.S. News.

Even though these guidelines have helped to prevent student-athlete deaths, there is still a long road ahead for changing policies on a high school level.

“You have to change them state by state, because there’s no national body that can set those guidelines,” Douglas Casa, a chief executive officer at the Korey Stringer Institute, told U.S. News. “It’s quite a process and probably one of the reasons that change is so slow for high school sports.”

Hammering Down on Construction Worker Breaks

Working outside for hours when the temperature is high can be a real scorcher. For many jobs, including construction work, employees are quite susceptible to heat illnesses. Construction workers make up about [one-third] of heat-related worker deaths, according to a report from the U.S. Department of Labor. Unfortunately, these deaths continue to happen.

In Aug. 2016, a Naples construction worker was working on the roof of a house when he said he felt sick from the heat. The temperature was above 90 degrees when the worker fell to the ground and began to shake slightly, according to Naples Daily News. He was rushed to the hospital where he later died.

Even though this is an isolated incident, some states have taken measures to prevent heat-related deaths for outdoor workers. In April, a Texas Senate panel initiated a bill that would require construction companies to give workers 15-minute rest breaks{: target="_blank"} for every four hours of work.

The bill would also prevent employers from retaliating against any employees that files a complaint with the Texas Workforce Commission about being denied rest periods because of high temperatures, according to Texoma News.

“The construction industry lacks a lot of oversight. The big deal is heat exhaustion, heat stroke, anybody that’s having to work out in the sun all day is of course going to be susceptible to that,” Jared Golden, owner of AAA Guardian Foundation Repair, told Texoma News.

If the bill passes, Texas will follow twelve other states that have mandatory rest standards for construction workers.

What If I Suffer a Heat Illness on the Job?

Whether running errands with loved ones, preparing for the football season, or working outdoors, sweltering heat can prove to be quite dangerous when safety precautions aren’t utilized.

For outdoor workers, there are several safety measures that your employer must abide by to keep the environment free of safety hazards — including heat. You are entitled to a safe working environment and if this is not met, you may need to seek legal assistance.

If you or a loved one suffered a heat-related illness while working outdoors during a hot day, we may be able to help. To learn what our workers’ compensation attorneys may be able to do for you, please fill out our free case evaluation form today.