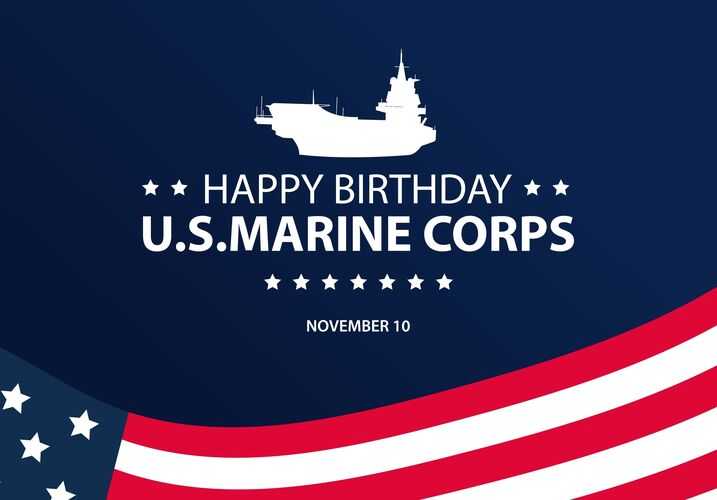 Every year when summer rolls around, the U.S. Marine Corps begins preparations for its annual birthday celebration known as the "Birthday Ball." Then as fall begins to settle in around early November, the activities pick up, and every Marine is knee-deep in rehearsing their role in the celebration or adding the final touches to their suits and shoes to look their best for the celebration on November 10th. However, history shows that this hasn't always been the case when it comes to celebrating the founding of the Marines. Technically, the formal commemoration for the Marine Corps's birthday only began on November 10th, 1921.

Before the celebration date was officially changed to November 10th to reflect the actual day the Marines were founded in 1775, they had actually been celebrating it on July 11th. As shown on an unidentified newspaper clipping dating back to 1918, it referred to the celebration of the 120th birthday of the Marine Corps on July 11th "as usual with no fuss." While there is no other evidence that had been published prior to 1921 of any ceremony or parties to celebrate the birthday as they do today, the July date was commemorated between 1798 and 1921 as the birthday of the Corps.

During this time, the Revolution had the Marines fighting on land and sea, but during the close of the Revolution, both the Marines and the Navy were all but disbanded. However, keeping on trend with the summer date, on July 11th, 1798, President John Adams approved a bill that recreated the Corps, thus furthering the rationale for this date to officially commemorate the birthday of the U.S. Marine Corps. Things would change on October 21st, 1921, when Maj Edwin McClellan, Officer-in-Charge, Historical Section, Headquarters Marine Corps, sent a memorandum to Major General Commandant John A. Lejeune.

The memorandum suggested that the original birthday of November 10th, 1775, be officially declared as a holiday celebrated throughout the Corps. He would also suggest that the holiday be celebrated with a dinner held in Washington, D.C., to commemorate the special event. Guests of this grand event would include those prominent men from the Marine Corps, Army, Navy, and those descendants of the Revolution. Then on November 1st, 1921, MajGen Lejeune issued Marine Corps Order No. 47, Series 1921. This order summarized the history, missions, and traditions of the Corps and was directed to be read to every command on November 10th of every year to honor the Marine Corps's birthday.

On November 11th, 1923, the 148th celebration of the Marine Corps took place at Fort Mifflin, Pennsylvania. The evening was filled with dancing, and even had a recreation of a battle on the parade grounds in commemoration of the special day. The next day, across the waters at a Naval station in Guantanamo Bay, Cuba, celebrations included field and water sports, a shooting match, and a couple of rounds of boxing. Records show that during the afternoon festivities, the Marines won a baseball game, 9-8, over a Cuban team.

As suggested by Maj McClellan, the first “official” birthday celebration was most likely held in 1925 in Philadelphia at the Benjamin Franklin Hotel, and a ball followed at the Bellevue-Stratford. Records indicate that guests of the event included Major General Commandant Lejeune, the Secretaries of War and Navy, as well as famous politicians, soldiers, and sailors. The main event of the evening surrounded the unveiling of a tablet of the site of the Tun Tavern, a gift from the Thomas Roberts Reath Post, American Legion. This celebration was held jointly with the annual convention of the Marine Corps League, which had a parade that included the Marines, Regular Army, Navy detachments, National Guard, and other military organizations.

As the years went on, more and more celebratory traditions began to take root. While it is difficult to place exactly when the first cake-cutting ceremony was held, records show that there is evidence that there was a ceremony at Quantico, Virginia, in 1935. Then two years later, in 1937, at the Marine Barracks, Washington, D.C., it was documented that Major General Commandant Thomas Holcomb presided at an open house for Marine Corps officers. During this ceremony, there was a cutting of a giant cake designed after the famous Tun Tavern in Philadelphia. From there on out, celebrations of the Marine Corps Birthday would take on a life of their own. The celebrations would go on to be publicized through every media available, be it newsreels, motion pictures, or displays; they were all there to help summarize the history of the Corps.

In 1951, the first official Birthday Ball Pageant would be held at the Marine Corps Headquarters. Similar to a pageant today, it was described that Marines would wear period-accurate uniforms and participate in a cake-cutting ceremony. However, there is some speculation regarding when the first pageant took place. In a publication of the Leatherneck magazine in 1925, photos indicate that Marines were present at a pageant in Salt Lake City, Utah.

In 1952, on October 28th, Gen Lemuel C. Shepherd, Jr., the Commandant of the Marine Corps, directed that the celebration of the Marine Corps Birthday be officially formalized throughout the Corps. Going as far as to provide an outline for the famous cake ceremony, as well as other rituals and events that would occur. After its approval in 1956, the outline for celebrations would be included in the Marine Corps Drill Manual. Today, the celebrations for the Marines Corps birthday continue to take place every year on November 10th all over the world. However, how they celebrate differs at every station throughout the Corps. While all commemorations include the reading of the Marine Corps Order No. 47 and the Commandant's message, most commands sponsor a Birthday Ball with their own spin on celebrating this incredible holiday.

On Veterans Day, we honor those who’ve served our country and the families who in their own way served along with them. Joining the armed forces is one of the highest forms of sacrifice one can make…