Football Named a Leading Cause of Concussions in Young Athletes 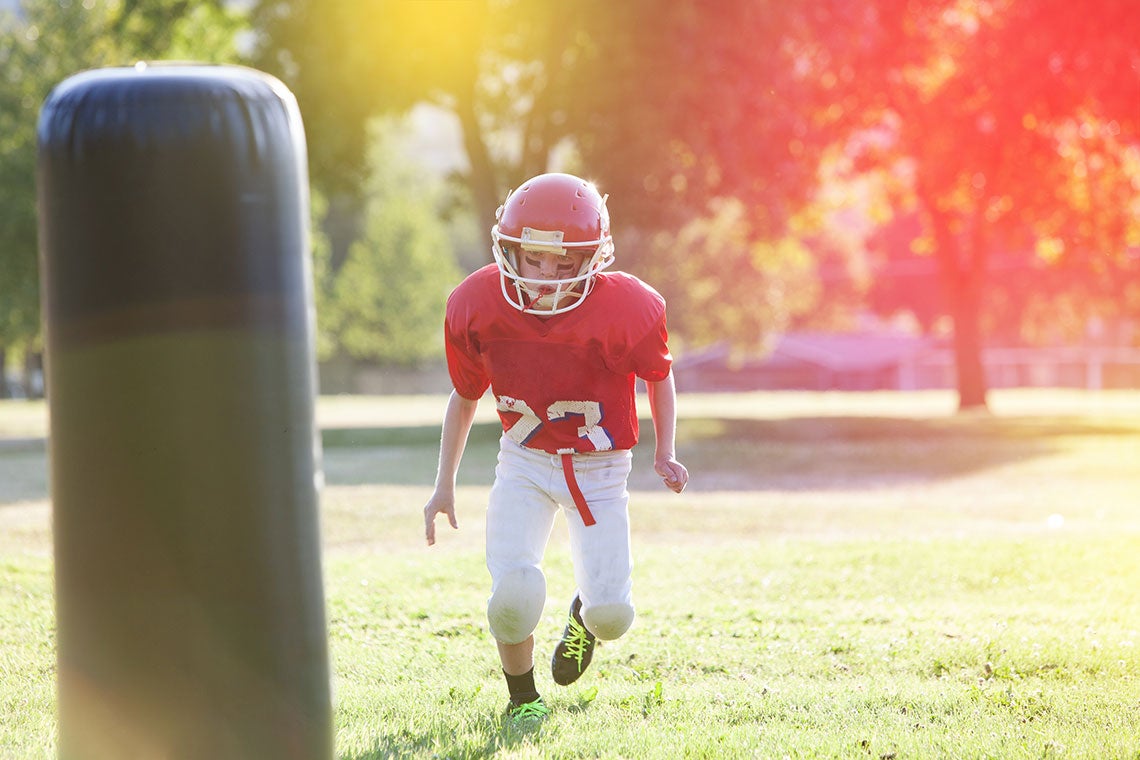 High school football season is underway, and with it comes the potential for injury that worries every parent: concussions in their young athletes. Parents are more worried about these than ever before, and for some potentially good reasons.

A recent report from the insurance industry found that concussion diagnoses in teens have hit record highs. Concussions can be difficult to spot, though, which can lead to young athletes remaining in a game despite a potentially life-changing concussion. Fortunately, there are some key symptoms parents can look out for, and there are some things they can do if they suspect their child has sustained a concussion.

Before we address that, though, let’s look at why teen concussions are on the rise.

What Has Caused the Spike in Teen Concussions?

In a Blue Cross Blue Shield Association report, the insurance company says sports, specifically football, is the cause of the spike, according to Time. For evidence, the report cites the increased number of diagnosed concussions in the fall, when teens are playing sports for school.

The rate of concussions for adolescents aged 10 to 19 rose 71 percent between 2010 and 2015, during a time in which the insurance company received 936,000 claims for diagnosed concussions.

Believe it or not, the sharp rise could be seen as a good thing for helping to curb concussions. Teen concussions were happening before — they just weren’t being diagnosed. Increased awareness as a result of the controversy surrounding concussions in the NFL has opened the eyes of the general public to the prevalence and danger of concussions, according to reports.

State legislatures have responded to this, and all 50 states have some form of law designed to protect a student suspected of having a concussion. Occasionally, some students slip through the cracks of this protocol, and they continue to play after sustaining a concussion. This is extremely dangerous, though, and continuing to play with a traumatic brain injury like a concussion can lead to more severe brain issues like Chronic Traumatic Encephalopathy.

Could This Happen to Your Child?

This exact situation happened to a Florida teen in 2015. Kendalle Holley was playing lacrosse when she was struck in the head by her opponent's stick, according to a report in the Orlando Sentinel. Kendalle paused, and stayed bent over for several seconds after being struck, but no one attempted to assess her, and she remained in the game for another 15 minutes.

Kendalle sustained a concussion on that play, and it had a lasting impact.

Kendalle went from being a straight A student to failing tests. For months after she also suffered from headaches and spells of dizziness. Her parents are now attempting to hold the Florida High School Athletics Association, among others, responsible, and have launched a lawsuit seeking damages.

Based on this story, and others like it, it’s important for parents to know what to look for if their child athletes get hurt in a game.

How to Spot a Concussion?

While you can’t “see” a concussion, the signs and symptoms may be visible right away. Here are some of them that the Centers for Disease Control and Prevention says a parent, coach, or referee can observe.

Alternatively, concussions can happen on what seem like innocent blows to the head, and it may not occur to supervising adults to remove your child from the game. If your child complains of any of the following symptoms after a game or practice, don’t dismiss it. These could be the signs of a concussion.

What If My Child Sustained a Concussion and Was Not Removed From the Game?

Sustaining a concussion is dangerous, and could lead to symptoms that linger for weeks or months. When an adolescent sustains a concussion, the effects can be far worse, and, if they remain in the game after it happens, the impact could be much longer than just a few weeks or months.

Parents should always make sure to bring their child into the doctor if they suspect their child has suffered a concussion — regardless of whether or not they were removed from a game. But there are other options as well.

If your child sustained a traumatic brain injury such as a concussion that was made worse by the negligence of another, your child may be entitled to compensation for medical bills, lost wages, and pain and suffering. Our brain injury attorneys will work with distinguished experts in the cognitive and neurological fields to help prove your case, and get you the compensation that you deserve. Contact us today for free, no-obligation case evaluation to find out if you have claim.