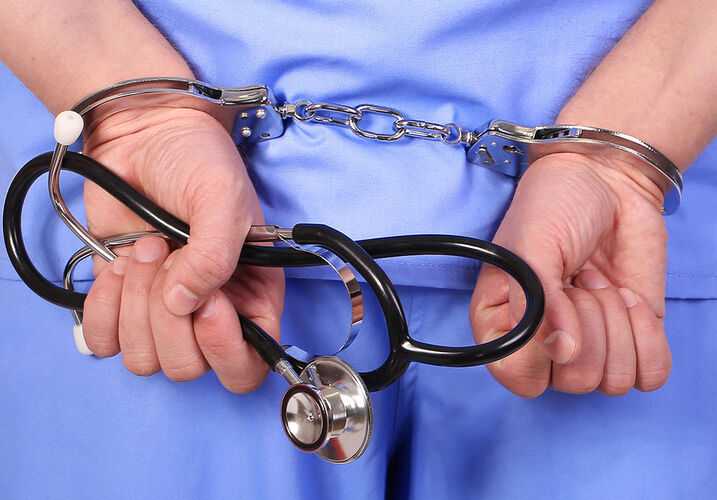 Humana controls Medicare Advantage health plans for more than three million people, making it one of the largest operators of private Medicare plans in the country.

The lawsuit, unsealed this February, was filed by Florida physician Mario Baez in October 2012. It accuses Humana, Baez’s former partner Dr. Isaac Thompson, and several other doctors who worked for Thompson and Baez of “upcoding” patient diagnoses for years.

Upcoding is one of the most common forms of healthcare fraud. It occurs when doctors diagnose patients with a more severe illness than the one they have in an effort to increase the patient’s risk score. The risk score helps Medicare determine how much to reimburse the insurance company that submits the claim. The more severe and rare the condition, the more Medicare is likely to pay out for it.

Dr. Baez’s former partner, Dr. Isaac Thompson, was indicted for upcoding and now faces up to 10 years in prison after an FBI investigation revealed that Thompson submitted fraudulent diagnoses between January 2006 and June 2013 that generated overpayments by Medicare of $4.8 million.

Upcoding is not the only form of healthcare fraud. Unbundling is another common practice amongst people who try and defraud Medicare, which is when procedures that should be billed under a single code are billed under separate codes in order to receive greater reimbursement from Medicare.

There are other types of healthcare fraud as well. Some scammers simply bill Medicare for procedures and supplies that were never done or bought. Others take kickbacks for referrals, or prescribe certain drugs for financial rewards with complete disregard for what’s best for the patient.

Healthcare fraud is difficult to spot, however, and only with the help of whistleblowers like Dr. Baez can healthcare providers who break the law and endanger their patients be brought to justice.

What is a Whistleblower?

A whistleblower is someone who speaks up in the face of corruption. Dr. Baez filed a whistleblower lawsuit under the False Claims Act on behalf of the U.S. government against Humana and the other offending parties. The False Claims act holds people who make false claims to the government financially accountable, and allows private citizens to file lawsuits on behalf of the U.S. Government.

Becoming a whistleblower is a difficult but noble decision. Whistleblowers whose lawsuits are successful in exposing fraud and allow the government to recover money are entitled to a share of the winnings. Although many whistleblowers profit financially from blowing the whistle, they more importantly expose dishonest people and perform a valuable public service.

What Happened in Dr. Baez’s Case?

Dr. Baez alleges that Humana encouraged doctors to upcode diagnoses by providing affiliated doctors with forms that highlighted more lucrative diagnoses. In return, Humana paid the doctors who overbilled 80 percent of the money it received and kept the rest.

Dr. Baez first became suspicious of billing practices in 2009, and shortly after reported his findings to Humana. According to him, Humana agreed to return the alleged overpayments, but ultimately never did.

Dr. Baez claims that Humana’s director of finance in the Florida Senior Segment told him “Humana did not reimburse Medicare … because the billings were not large enough for Medicare to ever notice.”

In 2012 Dr. Baez contacted the FBI, which initiated the investigation that led to the indictment of his partner Dr. Thompson and the discovery that Humana may have orchestrated the entire scam.

The investigation is ongoing, but the unsealed court documents revealed that Humana is facing multiple whistleblower claims.

Whistleblowers are entitled to anywhere from 15 percent to 30 percent of the funds they help the government recover. Our Complex Litigation Team has been involved in many qui tam lawsuits, and just recently secured nearly $4000,000 for a whistleblowing nurse. If you feel that you’ve witnessed healthcare fraud, please fill out our free, confidential case review form at www.whistleblowerattorneys.com.