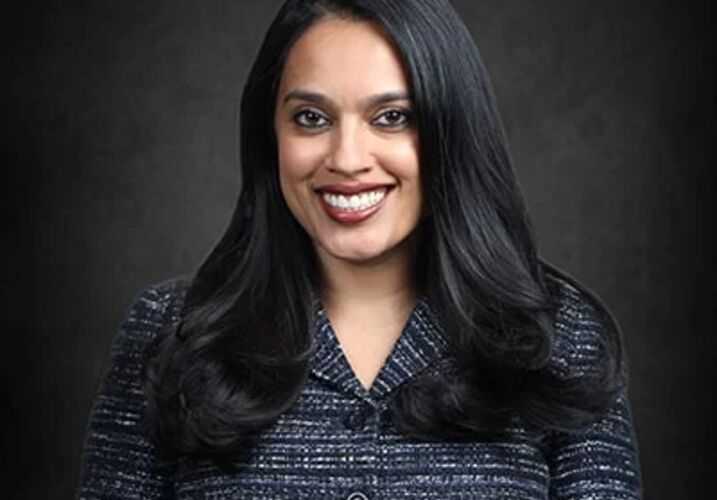 “People's jobs are so integral to who they are that when something happens to them in their employment, it really cuts at the fabric of their identity. We get to help them restore not just a financial sense of wellbeing but also their dignity, which may have been lost through treatment in the workplace that is supposed to be unlawful, but unfortunately happens all too often.”

The world needs lawyers who fight for the right reasons—lawyers who will go the extra mile for the clients who depend on them. Fortunately, Angeli Murthy is one of those attorneys, and we’re lucky enough to call her one of our own. Before joining Morgan & Morgan, Ms. Murthy worked in the Labor and Employment Practice Group of Morgan, Lewis, & Bockius LLP, where she represented Fortune 500 companies in matters of single-plaintiff and class action employment litigation. She now uses that experience of fighting for large corporations to fight for the little guy, giving her a unique perspective and edge when advocating for the rights of employees who are dealing with labor and employment violations. Additionally, Ms. Murthy is licensed to practice in both Pennsylvania and Florida, which has allowed her to serve a wider variety of clients in their pursuit of employment justice.

Ms. Murthy has found success in multiple areas of employment litigation and achieved several notable verdicts for her clients, earning her nothing but respect and recognition across the legal world. We had the opportunity to speak with her about her career, and the transcript is featured below:

This interview was lightly edited for clarity.

Angeli: Simply put, we fight for the rights of employees who have had their statutory rights violated or allegedly violated by their employers. Whether that involves unpaid wages, discrimination, or retaliation for making a complaint about unlawful activity, such as discrimination, harassment, or failure to promote due to protected characteristics, we are there to enforce the rights of employees when they feel that they’ve been violated. 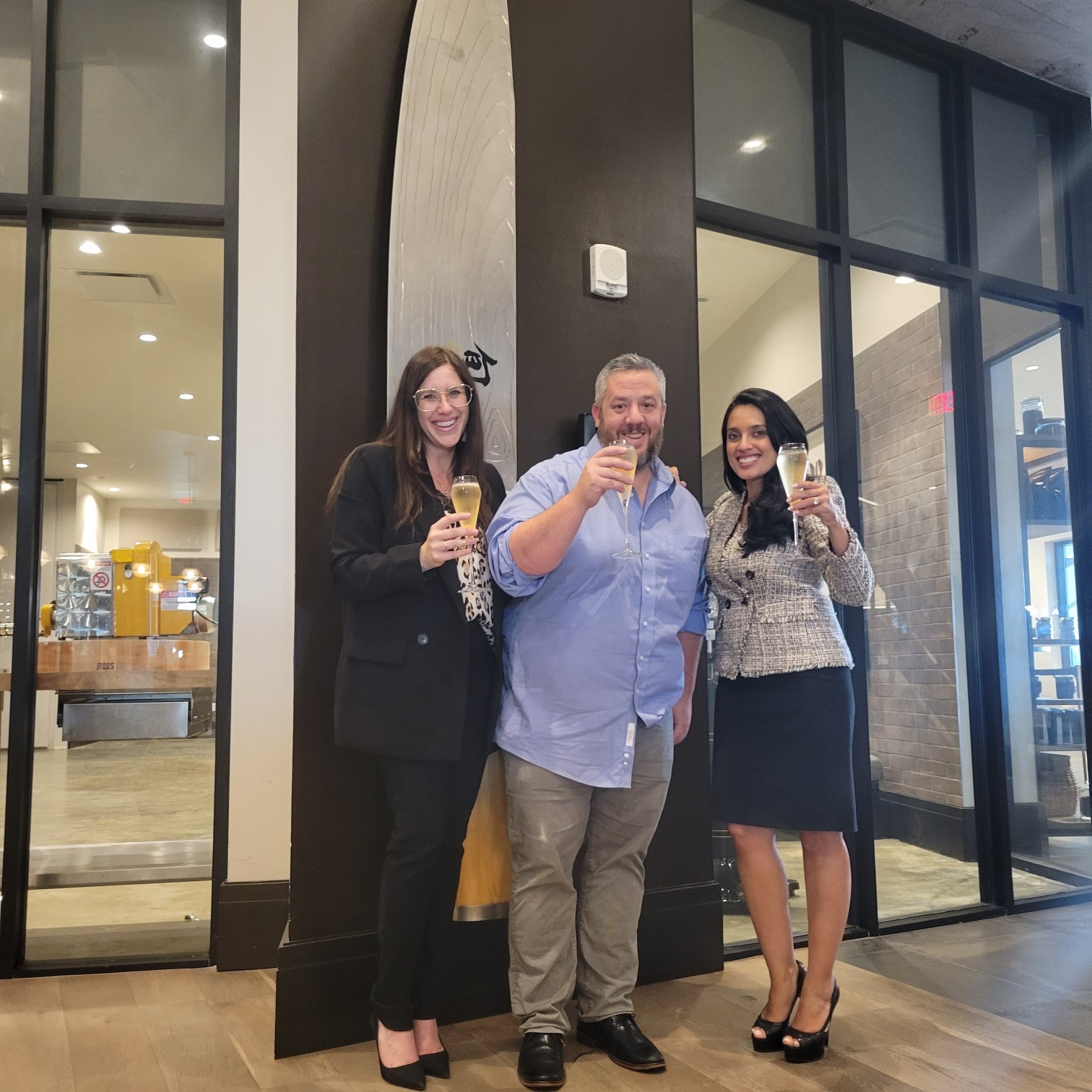 Is negligence present across all your cases, or do you see more employers maliciously intending to harm their employees?

Angeli: It’s a good question, and it’s really employer by employer. I did defense work for a number of years before switching sides and coming over to Morgan & Morgan. When I was on the defense side, I had a lot of good clients who did not mean to violate the law, or there was a rogue supervisor within the client’s ranks who violated the company’s policies by not acting in a manner consistent with what the company wanted. With some of the wage and hour issues, the laws can be complex, and employers will inadvertently violate these laws from time to time.

When you’re dealing with something like a discrimination claim, it’s pretty rare that somebody inadvertently discriminates against somebody else, right? It may be subconscious. It may not be their overt and desired bias—and I’m sure many people who we’ve had cases against would believe themselves when they say they did not mean to discriminate—but that doesn’t mean that the actions themselves were not motivated by a discriminatory animus on some level.

I guess the shorter answer would be that it depends on the employer. Some people inadvertently violate the law. For others, it’s a very calculated decision either to save money or to make a workplace filled with young people, people without disabilities, or one religion. Sometimes, those are overt desires that companies will have.

What is it like to represent employers then switch to the plaintiff’s side?

Angeli: In terms of professional fulfillment, I did not know that one could love a job as much as I love practicing the plaintiff’s side of employment law. I didn’t know that you could feel this way going to work and be so excited to help people every day. Usually, when you have a job where you get to feel like a good person at the end of the day, it’s supposed to be its own reward, right? If you’re a teacher or a firefighter, you’re doing this heroic, unsung work in the trenches. Here, we get a chance to do well and to do good, which is really amazing. I find it so fulfilling to know at the end of every single day that I spent my time working to help people have a voice in situations where they would otherwise be voiceless. It’s such an overpowering and fulfilling feeling.

On the defense side, I can’t say enough about how much I respect the colleagues with whom I worked. I worked at an excellent defense firm where I learned a lot, including what to look out for. I feel that I have a behind-the-scenes look at certain pitfalls, strategies, and secrets that come from having been on the other side of the table. Seeing that side of things and then bringing that experience to bear on this side certainly helps me with my opposing counsel because I think they understand that I appreciate and respect where they’re coming from in cases. It helps to have that mutual respect, which I believe is beneficial for getting cases resolved. I think that I got to help a lot of companies do better, and I got to help a lot of companies in cases that were… Well, the right resolution was reached in the case, even from a defense perspective.

I had the opportunity to see the kinds of cases that I thought were not meritorious from a defense perspective. Now that I’m on the plaintiff’s side, I can turn those cases down. I’ve never found myself litigating a case where I didn’t believe the client. In the rare times that I realize halfway through the case that it isn’t what I thought it was, I have no problem withdrawing from a case or getting out. When I was on that side, I had so much respect for the people who did that, and that’s always the way I wanted to practice. It gives you a whole perspective on what it means to be both a plaintiff and a defendant in the lawsuit, which gives you a real appreciation for both sides. 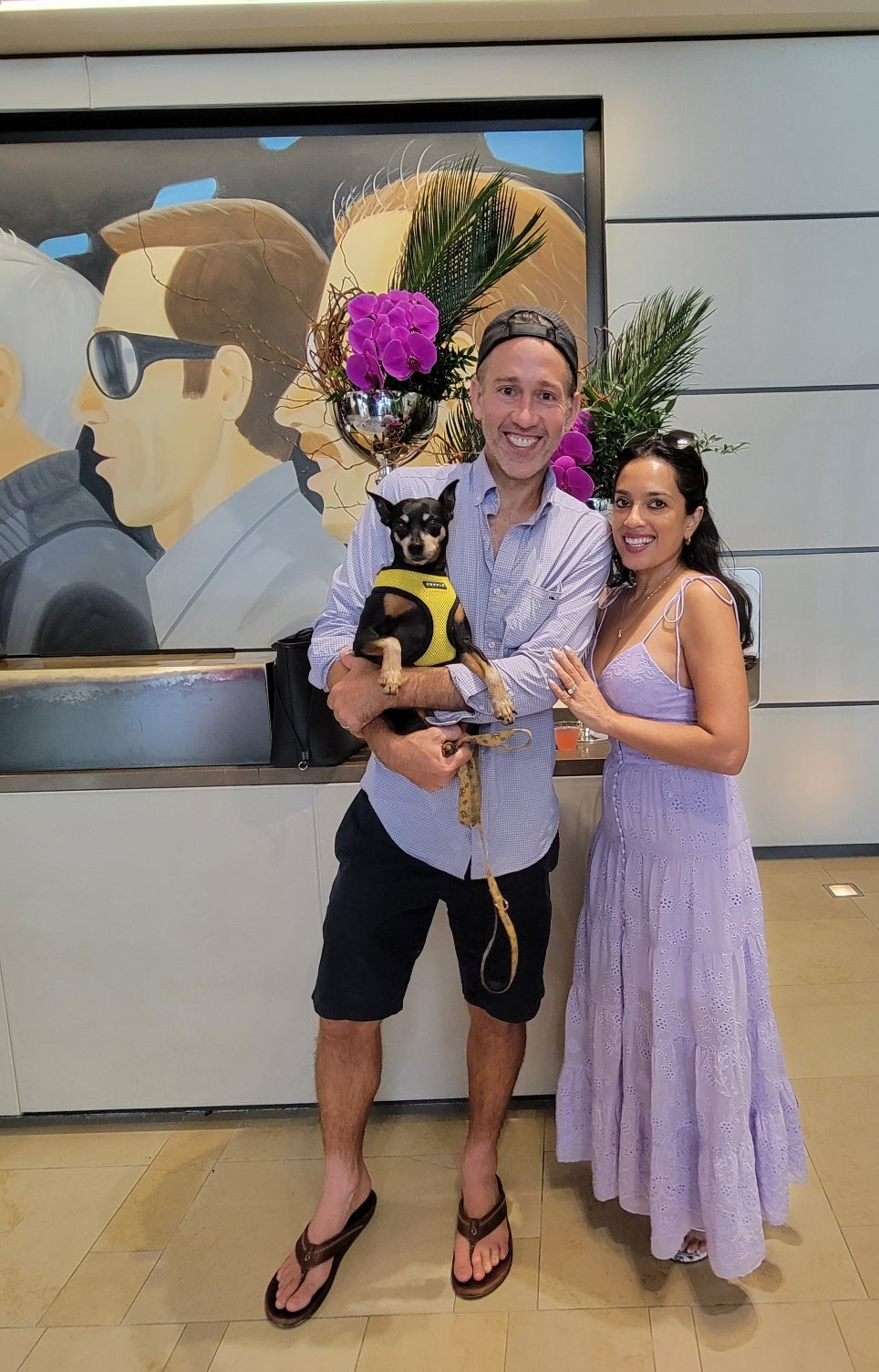 Is there a particular case that inspired you more than others?

Angeli: I can think of a few, but there’s one case that I’m particularly proud of, in part because it was a very, very large company. It’s not confidential because we won the case, so I can talk about it more freely. It was against a multi-billion dollar defense contractor, and our client wasn’t paid when they said they were going to pay him despite sending him overseas to perform dangerous work under hazardous conditions in the Middle East. They told him they’d pay this hourly rate in his offer letter, but when he went over there, they decided they were going to call him salaried. Even though he was working over 80 hours a week, they paid him for 40.

They wanted to litigate this case and did so for years, but what they were saying was almost gaslighting. “No, we were allowed to do this, and he’s not owed this money.” We won the case on a summary judgment, never needing to go to trial. The judge looked at it, looked at our briefing, and agreed with us that he was owed this money. It was a six-figure result for our client. It was a very vindicating moment: Here’s this person who can go up against this multi-billion dollar company and win. He can do that because we helped him, and that’s possible because of the resources that this firm has to go up against a company like that. If we had lost, we’d have to pay hundreds of thousands of dollars in fees, but our firm doesn’t worry about that. Having that kind of support behind you when you’re litigating and going up against a company like that was really, really meaningful on this side of the aisle. 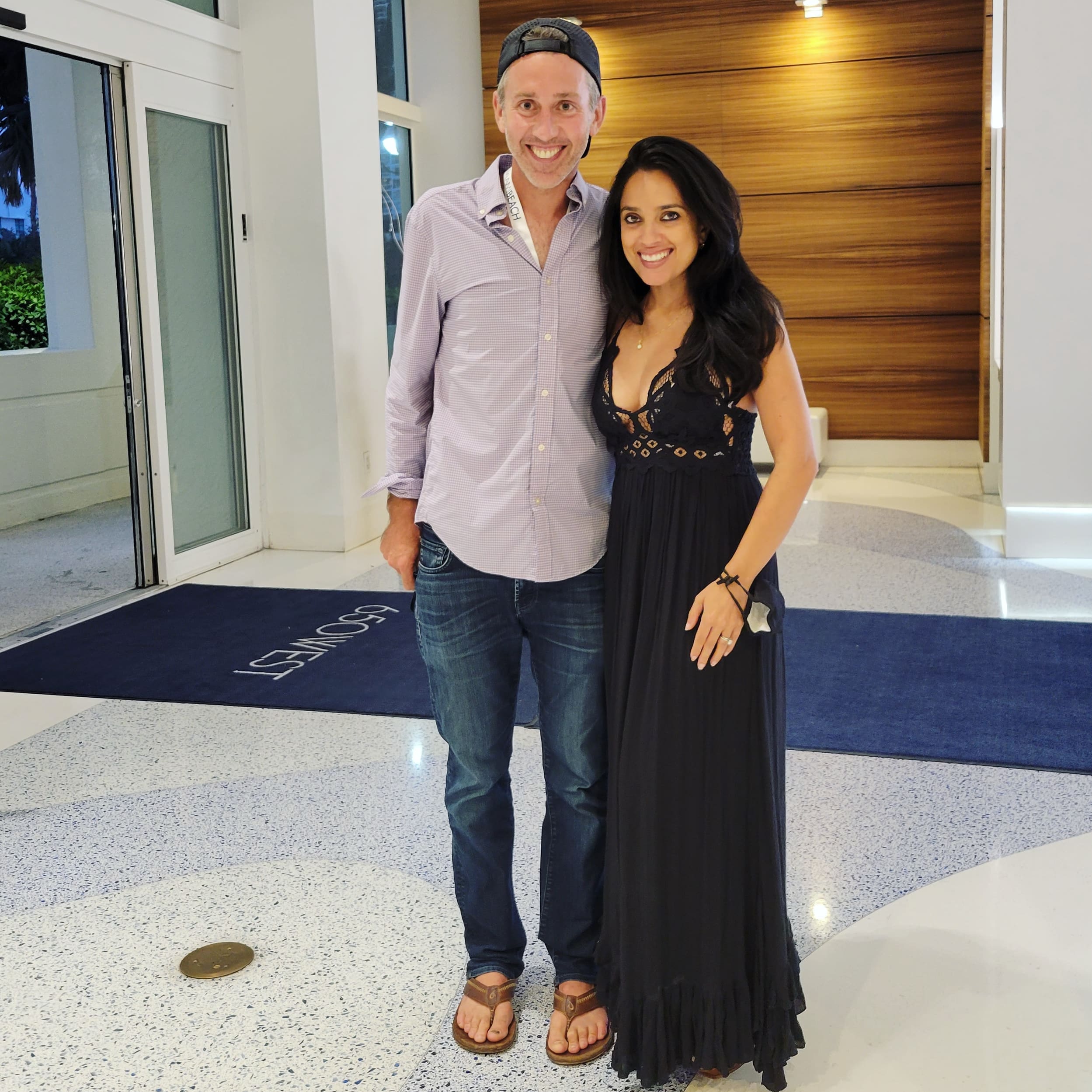 Where do you see employment law 10 years from now?

One of the negative directions that I see is the increased use of arbitration provisions to prevent employees from banding together to use their collective power, to have a voice when companies are trying to interfere with their rights, and to make sure that the results of cases aren’t in a public forum, but rather kept in private so they can be swept under the rug. I think having these cases litigated in a public forum is important to hold companies accountable. I’m certainly hopeful that laws will be passed to reverse the trend in that regard, but it hasn’t happened yet. I do have some concerns that will continue to go in a negative direction on that front. But, in terms of the laws protecting broad categories of employees and affording them broad protections, I think that we’re on a good trend that way, and I hope we stay moving in that direction. 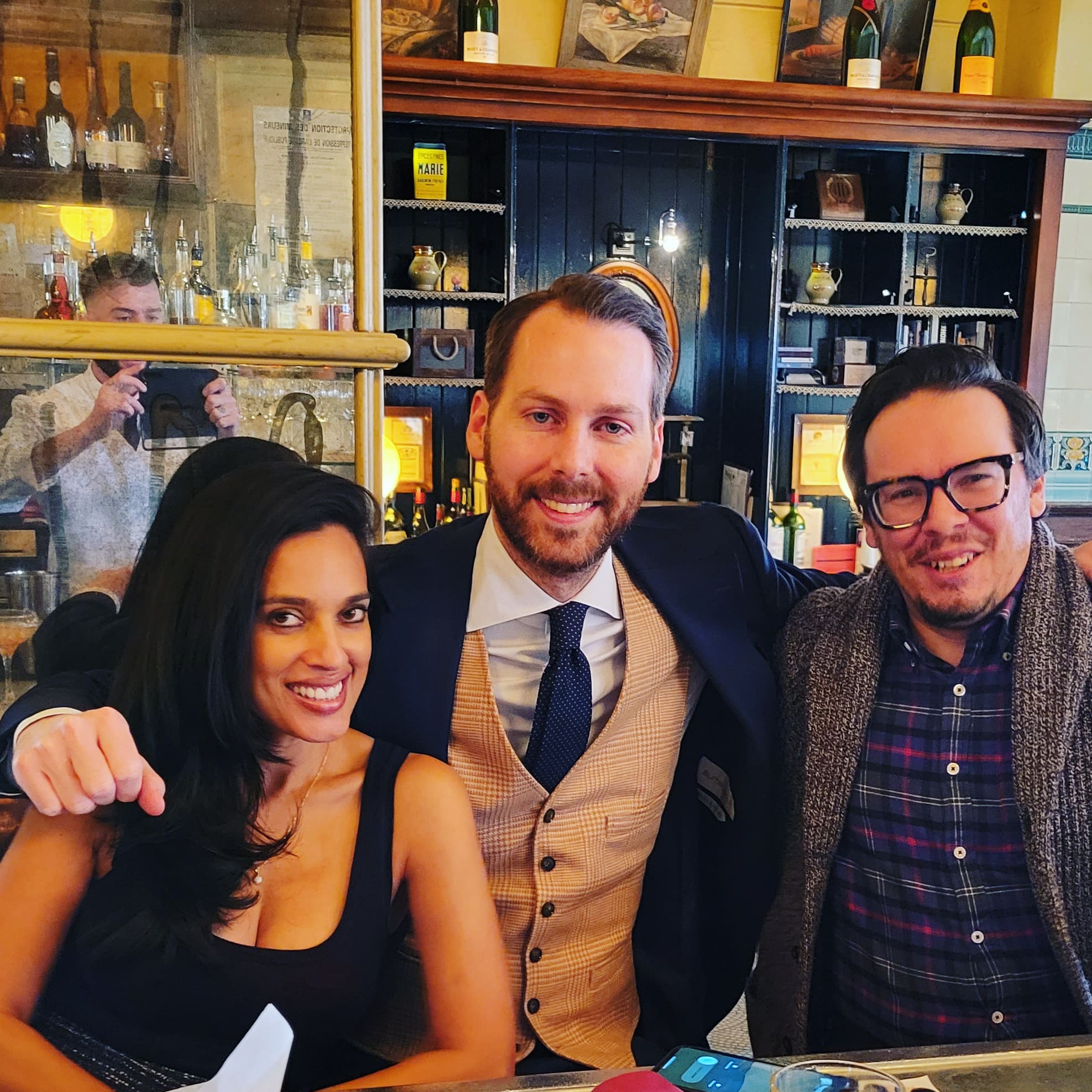 What’s the best and worst advice you’ve ever received?

Angeli: The worst advice I’ve ever received, in the law, would be being encouraged to take things too personally and to litigate from a place of personal animus or personal venom towards your opposing counsel or the opposing party. No good comes from that.

The best advice - more from a life perspective - is to make every decision thinking about what you’ll wish you did when you were 80. If I’m still mentally sound by then, I see myself still taking a case or two a year for a particularly meritorious employee. I hope to be in a position where I can donate to an organization that helps employees learn about what their rights are with whatever fees I get from prevailing in litigation. That’s always been a goal of mine.