Do They Sell Juul Pods at Walmart? Not Anymore 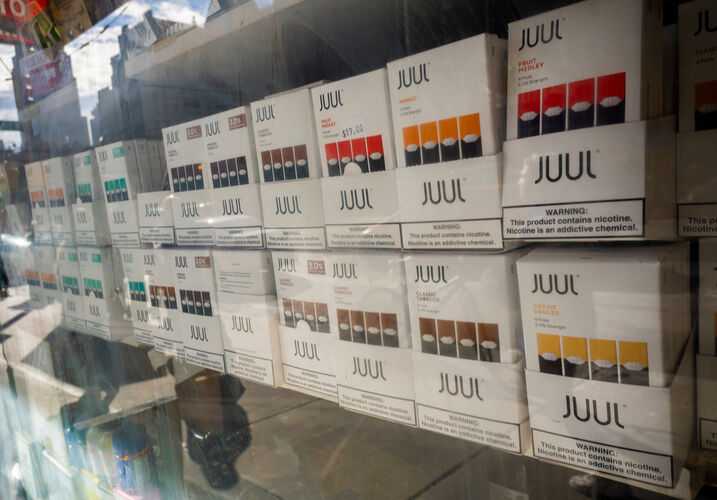 The end of an era was announced Sept. 20 when Walmart declared that it would no longer be selling e-cigarettes in its stores located in the United States. This decision comes in the wake of increasing concern over the safety of such products, which have seen a rise in the number of medical cases potentially related to them.

Walmart stated, “Given the growing federal, state, and local regulatory complexity and uncertainty regarding e-cigarettes, we plan to discontinue the sale of electronic nicotine delivery products at all Walmart and Sam’s Club U.S. locations.”

This news does not come as a huge surprise, as the company recently raised its minimum required age to buy tobacco products to 21 and made public that it would cease selling certain types of flavored electronic cigarettes. It does, however, carry the potential to be a market-shifting change.

Walmart is the largest retailer in the country, and its choices often shift the entire retail landscape. It is incredibly influential in the retail world, and while not all vendors will follow its example, they’ll certainly catch wind of the change, and some will follow suit.

The health scares associated with vaping have been growing in number and publicity as of late, with over 500 people mysteriously falling ill and at least eight dying from vape-related lung disease, according to the Centers for Disease Control. These concerns are only compounded by the youthfulness of the victims — two-thirds of which have been between 18 and 34 — and marketing that targets teens.

There has been a dramatic uptick in e-cigarette use among teenagers in the past few years, with studies from the National Institute on Drug Abuse reporting that over 37% of high school seniors acknowledge that they have participated in some form of vaping within the past 12 months. This prevalence, coupled with the correlation between e-cigarette use and potentially significant health concerns, has led to action from retailers such as Rite-Aid, networks such as CNN and CBS, and even the federal government.

A spokesperson for Altria, 35% stakeholder of Juul, noted that the company understands and respects a “retailer’s right to determine what products they want to sell,” though others in the industry, such as those who make the Vuse e-cigarette, expressed that they are disappointed by the decision. Some go even further, pointing out that by making e-cigarettes less accessible, Walmart will actually drive an increase in sales of traditional cigarettes.

Vaping detractors seem to agree with this point. They largely applaud Walmart for what they see as a step in the right direction but view the company’s willingness to continue selling traditional cigarettes as hypocritical. With no foreseeable action on that front, though, it appears that these critics will have to be content with this responsible, albeit small, step forward.

Make no mistake — this move by Walmart is significant, but it is still a micro-advancement in the perceived progression toward e-cigarette reduction. The National Association of Convenience Stores, for example, has not followed in Walmart’s footsteps. Its spokesperson said, “We are not scientists; we are retailers. Our job is to sell legal products responsibly.”

That’s a fair sentiment, though it will be fascinating to see how perceptions change as more research is done on the health effects of vaping and more pressure is potentially applied to the industry. For now, it seems that Walmart and other major corporations have determined that the risk is not worth the reward and are doing their part to ebb the floodwater flow of popularity e-cigarettes have enjoyed over the past few years.

You may be able to take legal steps. If you or someone you know has suffered from vaping-related illness, these developments could be relevant if you file a claim against a vape manufacturer.