Cash or Comp Time? Which is Better for Employees? 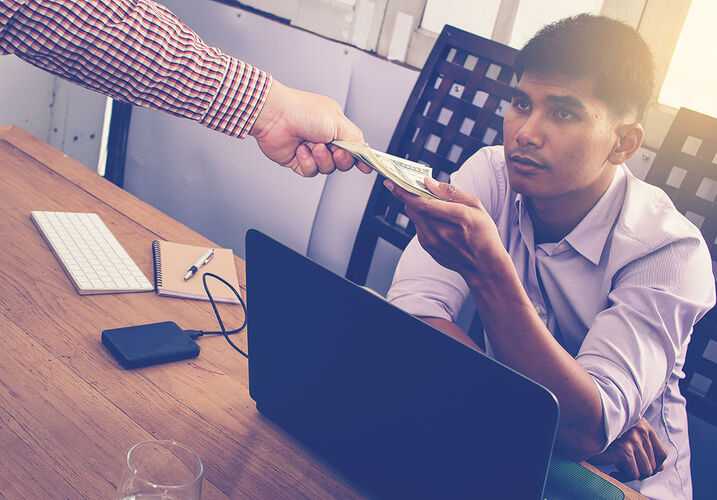 Months after a federal judge blocked the U.S. Department of Labor’s attempt to expand overtime pay to millions of employees, Congress is attempting to make a change of its own to federal labor law. The proposed legislation would give employees the choice of taking comp time — paid time off that’s offered after working overtime — instead of taking cash for their extra labor.

Currently, the Fair Labor Standards Act mandates that all employees without administrative or managerial job duties and those who make less than $23,660 a year be paid the time-and-a-half overtime rate for every hour over 40 they work in a week.

On the surface, the Working Families Flexibility Act — the bill’s official title — seems like a good idea. However, some are concerned that changing overtime compensation like this could hurt employees by making it more difficult for them to receive compensation for their extra work.

When it comes to the wages and benefits offered by employers, the more options the better. We all live busy lives outside of work and the more flexible our jobs are, the easier it is to handle everything happening in our personal lives.

This is the opinion of those who would like to see the bill passed, such as its sponsor, U.S. Rep. Martha Roby, R-Alabama.

"Think about the parents of young children, those caring for elderly parents, military families with one of the parents about to deploy," she said{:target="_blank"}. "They need more time to be able to take care of personal responsibilities."

In theory, the bill would allow people to take more paid personal time, but others question how the law would change overtime compensation in practice.

One way the bill gives businesses increased flexibility is by allowing them to defray the cost of paying for overtime. Currently, overtime is paid at the special time-and-a-half rate during the pay period the work was done. If this bill passes, those who elect to receive comp time would only be paid at their regular rate when they take the time off, which their employer must first approve.

As a result, although taking comp time instead of cash sounds like a good option, in reality, there is no guarantee employees will be able to use the time when they want it.

Additionally, if a business were to have some workers elect to receive comp time while others choose cash, some fear employers would retaliate by withholding overtime hours from those employees who choose the cash. Rep. Roby acknowledged these concerns and pointed out that employees who felt forced into choosing comp time or faced retaliation for not taking it would be able to take legal action against their employer.

The intense debate over this proposed change to overtime compensation sits in stark contrast with the overtime rule put on hold a few months ago.

An Overtime Rule ‘For The People’

Prior to Congress’s attempt to amend overtime compensation, the DOL made an attempt in 2016 to more than double the minimum threshold for overtime eligibility to $47,476.

This would have expanded overtime pay to include an additional four million workers, but 21 states and pro-business groups were able to successfully argue in a joint lawsuit that the effects on businesses would be too drastic. Just days before the rule was supposed to go into effect, a federal judge in Texas issued an injunction that delayed the rule's implementation.

That was at the end of November 2016, and little has changed since then.

The injunction has been extended three times{:target="_blank"} because the DOL has been leaderless and unable to organize a response. That changed on April 27 — the day after the house committee vote on the overtime bill — when the Senate finally confirmed the new Secretary of Labor, Alexander Acosta. The DOL now has until June 30 to respond to the injunction, but with new leadership, it is unclear how the department will proceed.

On the other hand, the overtime bill proposed in Congress will likely soon go to a vote in the House of Representatives, where it could pass on a party-line vote. If it passes the Senate and is signed into law by President Donald Trump, the bill could put overtime compensation in jeopardy for employees with exploitative employers.

This bill does not take away employee rights, but it does give unscrupulous employers more leverage over their employees’ overtime compensation. While most employers are fair and honest, many are comfortable taking advantage of their employees. In just the last year, we have covered wage theft at Wells Fargo and Wahlburgers, among several other banks and restaurants.

Have You Been the Victim of Wage Theft?

Wage theft can occur in many forms, and withholding an employee's rightfully earned overtime is only one-way employees lose out on wages. Whether you have been misclassified, denied overtime pay, or experienced some other form of wage theft, we may be able to help.

At Morgan & Morgan, we have decades of experience helping employees that have allegedly been cheated out of their hard-earned wages. Whether performing white-collar or blue-collar jobs, employees across the spectrum can become the victims of wage theft. With the help of an overtime lawyer from Morgan & Morgan, you may be able to recover lost wages, among other damages.

To learn more about how we may be able to help, contact us for a free, no-risk case evaluation.