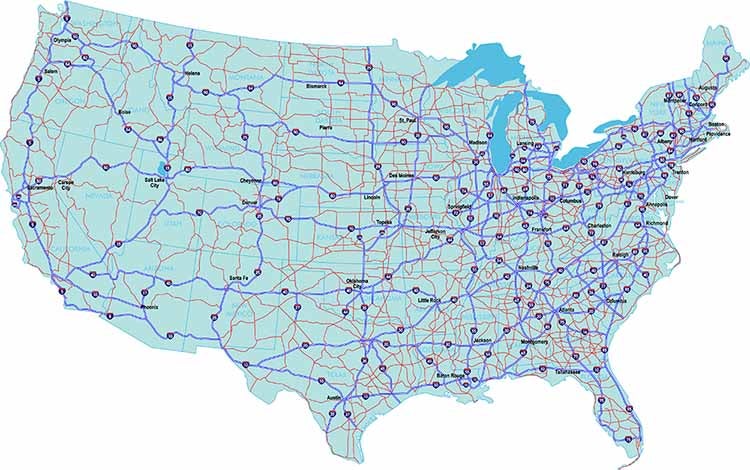 The Most Dangerous Places to Drive in America

Big cities can be stressful places to drive, but by the numbers, drivers should be far more wary of country roads, many of which are some combination of poorly lit, poorly maintained, winding, narrow, and populated by large trucks. In some rural areas the speed limits are significantly higher, which can lead to more frequent and more catastrophic collisions.

Which parts of the country are safest for drivers, and which are the most dangerous?

The Most Dangerous Counties for Driving
Based on 20 years’ worth of fatal crash data from the NHTSA, the ten most dangerous counties for drivers are concentrated mostly in the southern, western, and southwestern United States:

Those are the counties with the highest fatality rates per 10,000 residents. The fatal crash heatmap is hottest (riskiest) in the middle and bottom of the map.

The Safest Counties
Conversely, the map is coolest at the coasts and in the northeast, and many urban and suburban areas are a reassuring shade of blue. These are the ten counties with the lowest auto fatality rates:

Other than a few outliers (in Alaska, Colorado, and Minnesota), these counties are all located on the East Coast or in New England. New York City alone has three of the ten safest counties (Bronx, New York, and Kings). So as frustrating as it might be to drive in Manhattan, you’re not statistically likely to be involved in a fatal accident there.

The Most Dangerous States
As you might expect after seeing the list of most dangerous counties, the most dangerous states for driving are found mostly in the southern and western U.S.:

If you’re ever road-tripping across the southeast, beware: You could find yourself blazing a trail through three of the five most lethal states for driving (Mississippi, Alabama, and South Carolina).

The Safest States for Driving
"Safe" is not usually the first word that comes to mind when one thinks of the Jersey Turnpike, but maybe it should be. Based on the data, the five safest states for driving are as follows:

It makes sense when one considers that major interstates in the northeast tend to be well-lit, well-maintained, and well-trafficked, with plenty of places to stop in the event of an emergency. Plus, the speed limit never exceeds 65 miles per hour — unlike in parts of Texas, Utah, Wyoming, Montana, and other western and southwestern states where the max speed can be as high as 85 mph.

By familiarizing yourself with these numbers, you know which parts of the country where you should slow down, stay alert, and exercise extra caution on the road. If you’re injured in a car or truck crash, no matter where it occurred, don’t hesitate to contact us for a free case evaluation to see if you’re owed money for medical costs, auto repairs, and other damages.