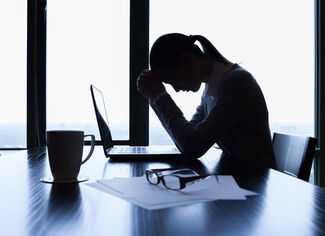 State and federal labor laws strictly forbid employers from retaliating against employees for taking legally-protected actions. It is illegal to terminate, demote, harass, refuse promotion, alter benefits, change job assignments, or otherwise retaliate against an individual for filing a complaint or lawsuit against an employer for discrimination or harassment, or to receive deserved benefits under various labor laws.

In addition, federal law protects whistleblowers who report fraud against the government under the False Claims Act. Employees who were wrongfully retaliated against may have legal recourse through a labor and employment lawsuit.

Some state laws also offer additional protections. For example, Florida has a Private Whistleblower statute which protects an employee from retaliation for objecting to an activity, policy, or practice of the employer that is in violation of a law, rule, or regulation. Our attorneys regularly handle such claims on behalf of employees.

To find out if you have a claim, do not hesitate to contact our labor and employment attorneys today. Simply fill out our case review form for a free, no-obligation assessment of your claim.

In addition to specific company policies on retaliation, state and federal labor laws forbid employer retaliation against employees for any of the following:

Some of the most common forms of retaliation that are illegal under state and federal law include:

Whistleblowers: If an employee "blows the whistle" on an employer for abusing labor laws, the employee is protected under the Whistleblower Act for reporting the misconduct. For instance, if an employee files a qui tam lawsuit against their employer for committing fraud against the federal government under the False Claims Act, they are protected by federal law. If the lawsuit is successful, the employee is even entitled to a portion of the winnings collected on the government's behalf.

Seeking Due Benefits: It is generally illegal for employers to seek revenge on an employee who rationally exercises their employee rights under workers' compensation and unemployment laws, such as filing and appealing genuine claims for benefits. Depending on which state you're in, certain methods of retaliation are illegal. Benefits and laws vary by state as well.

If an employer or union illegally retaliates against an employee, the worker may seek relief by filing a formal complaint to the government branch responsible for enforcing the appropriate law and/or filing a lawsuit with the help of a lawyer. Normally, to report workplace retaliation, the employee does not have to be 100 percent positive that the employer broke the law. The employee must logically believe that they have been illegally targeted. It is left to the discretion of the associated government agency or an attorney to decide if the employer violated any code of conduct.

If a complaint is filed with a company, the company may take concerted steps to stop the retaliatory acts and reverse any adverse consequences of the illegal conduct. If a complaint is filed with the relevant government agency, they may conduct an investigation, discuss conciliatory options with the company, and/or construct legal or equitable relief for the injured employee. Employees who receive relief from government solutions or those who file lawsuits may seek back wages, rehiring, reimbursement for fees, and compensation for other damages as a result of the retaliation.

To find out if you may have a claim against your employer for retaliation, fill out our free case review form today. Our employment attorneys will review your case to determine if you have legal recourse.