Who Is to Blame for Mass Shootings? 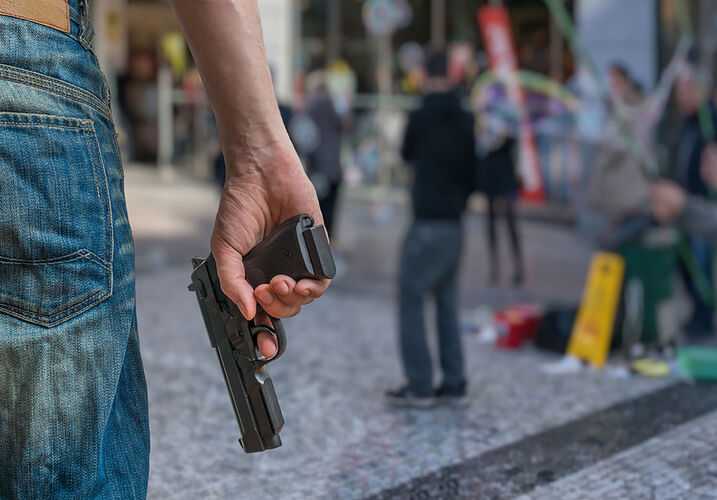 The Gun Violence Archive defines a “mass shooting” as any incident in which four or more people are shot, not including the shooter. By the database’s definition, the number of mass shootings in the United States thus far in 2019 has outpaced the number of days crossed off the calendar. Through 279 days, 324 mass shootings have been recorded.

Who Is to Blame for the Rise in Mass Shootings in America?

If you were to ask 10 people who or what is to blame for the mass shooting epidemic in the United States, you might get 10 different answers. From relaxed gun laws and racism to video games and mental illness, there’s no shortage of potential culprits.

An Ipsos/USA Today poll taken following the August deadly shootings in El Paso, Texas, and Dayton, Ohio, revealed that Americans are split on what causes these violent acts. The researchers surveyed 1,004 adults 18 and older — 446 Democrats, 392 Republicans, and 100 independents — just days after the incidents, which occurred mere hours apart. Respondents placed the blame on a variety of factors:

Republicans most often blamed the mental health system (77%) and violent video games (60%), while Democrats pointed to racism and white nationalism (84%), relaxed gun laws (83%), and the president (74%).

In a Gallup poll taken shortly after the Ipsos/USA Today poll, respondents identified the spread of extremist views on the internet (79%) as well as inflammatory statements by politicians and commentators (58%) as major contributors. However, they agreed that the biggest factor is a failure of the mental health system (83%).

Are Mental Problems Really at Fault?

While Americans often point to psychological disorders as a leading cause of mass shootings, some mental health professionals disagree and fear that blaming cerebral illness is stigmatizing. Some doctors point to data from other countries with similar mental health problems, violent video games, and religiosity. While they don’t have nearly the number of mass shootings as the U.S., they do have stricter gun laws.

The American Psychiatric Association explained: “The rates of mental illness are roughly the same around the world, yet other countries are not experiencing these traumatic events as often as we face them. One critical factor is access to — and the lethality of — the weapons that are being used in these crimes. Adding racism, intolerance, and bigotry to the mix is a recipe for disaster.”

No matter where you stand on the issue, one thing is certain: Mass shootings happen too often. You should be aware that property owners may be liable in these tragedies. Measures such as installing cameras, metal detectors, and alarms can help keep patrons safe. Hiring security guards, monitoring the flow of visitors, and maintaining a public security presence can likewise reduce risk.

In the event that you or someone you love is affected by this type of tragedy, you may be able to recover significant compensation with the help of Morgan & Morgan’s highly skilled attorneys. Contact us now to schedule a free case evaluation and learn more.