Mass Shootings: By the Numbers 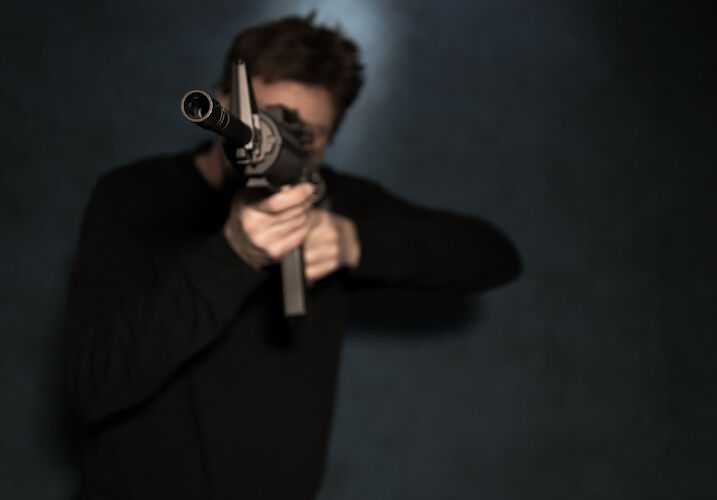 The August mass shootings in El Paso, Texas, and Dayton, Ohio, have brought renewed attention to gun violence in the United States. In the space of less than 24 hours, 29 people were killed by two gunmen in those incidents.

One of the ongoing debates about mass shootings in America is over the term itself: What exactly constitutes a “mass shooting”? The FBI has no set definition for these occurrences. Instead, the organization tracks “mass killings,” or events in which four or more people are murdered by a shooter. Meanwhile, the Gun Violence Archive, a Washington, D.C.-based nonprofit organization dedicated to tracking such events in the U.S., defines a mass shooting as any incident in which four or more people — excluding the shooter — are shot, whether or not the victims are killed.

How Often Do Mass Shootings Occur?

According to the Gun Violence Archive, there have been 324 mass shootings in the U.S. in the first 279 calendar days of 2019. That’s more than one mass shooting per day. The pace has increased — albeit slightly — from 2018, in which there were 337 mass shootings over the course of the year.

How Many People Die in Mass Shootings?

Because there is no single, agreed-upon definition of “mass shootings,” death totals vary depending on the source of information. According to the Gun Violence Archive, there were 373 deaths in mass shootings in 2018, or slightly more than one per day. The FBI reported 85 deaths — excluding shooters — in mass killings in 2018.

If you watch the news, you’re likely to think mass shootings are increasing in frequency. Per FBI data, you’re right. The agency found an increase in active shooter incidents from 2000 to 2013, from 6.4 per year in the first seven-year period to 16.4 per year in the second. The Gun Violence Archive paints a similar picture. In 2014, there were 269 recorded mass shootings. That figure increased in 2015 and 2016 to 335 and 382, respectively. Interestingly, the numbers decreased in 2017 and 2018 (346 and 337, respectively), but 2019 appears to be the worst year to date in terms of frequency.

What Do Americans Blame for Mass Shootings?

A pair of surveys following the El Paso and Dayton tragedies found that Americans place blame for mass shootings on a number of factors: racism, relaxed gun laws, gun manufacturers, the NRA, violent video games, and rhetoric from politicians and pundits, among other factors. However, in both surveys, failings of the mental health system generated the largest percentage of blame for these incidents.

If you or a loved one has been affected by a mass shooting, schedule a free case evaluation with Morgan & Morgan. Our attorneys provide not only expert legal assistance but also compassion in a difficult time. We’ve helped thousands of Americans in all walks of life navigate the most challenging moments of their lives. Find out how we can help you by contacting us now.