Where Do Recalled Products End Up? 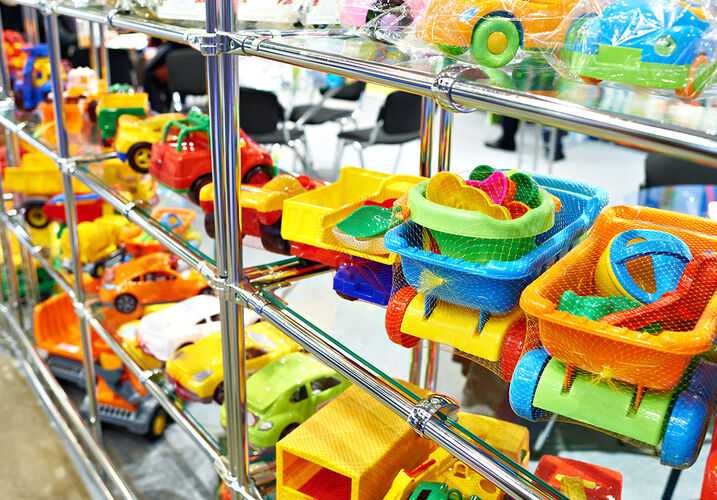 When a product recall officially goes out, a series of events take place: the item is pulled from shelves and consumers are generally given the option of a refund, replacement, or repair.

But where do the recalled products end up when they’re removed from supermarkets, malls, or consumers’ homes due to product liability? After all, the number of products recalled each year is not an insignificant figure.

In 2016, the U.S. Consumer Product Safety Commission recalled 250 million products. The U.S. Department of Agriculture, which has jurisdiction over meat and poultry products, recalled 58,140,787 lbs of food in 2016 alone. That’s twice as heavy as the Brooklyn Bridge! And those figures only reflect the annual recalls from two of the six government agencies.

Clearly, there are a lot of recalls annually, and all of these products can’t just end up in the dump, especially if the products are non-biodegradable, or the products are tainted with dangerous chemicals such as lead.

So what happens to them? Today, we take a dive into the complex world of recalled products.

How Do Recalls Work? An Overview

Recalls are a cornerstone of consumer rights. Some of the greatest triumphs in product safety were thanks to the complaints of concerned consumers and the investigative work of government agencies tasked with taking the dangerous products off the market.

When a government agency receives complaints from consumers about a product, an investigation is launched to test out the potentially dangerous product.

Product recalls have even led to advancements in product protection methods, such as the tamper-proof safety seal seen on bottles of over-the-counter medicine, which was developed after the Tylenol murders of 1982.

There are six government agencies in charge of product recalls in our country: the U.S. Food and Drug Administration, the U.S. Coast Guard, the U.S. Environmental Protection Agency, the U.S. National Highway Traffic Safety Administration, and the aforementioned USDA, and CPSC.

In nearly all cases, the company will voluntarily recall the item, but a government agency has the power to sue a company to force a recall if it’s necessary for consumer safety. This was the case in 2012, when the CPSC sued Maxfield & Oberton over their hazardous Buckyballs, magnetic toys that seriously harmed children who ingested then.

Sometimes, a manufacturer will initiate a recall on its own if it has reason to believe a product is dangerous.

Where Do Recalled Toys and Other Consumer Goods Go?

The CPSC has jurisdiction over the recall of consumer products, including clothing, baby products, toys, furniture, electronics, drywall, personal care products, and much more.

With consumer goods, where the recalled product ends up depends on the circumstances of its recall. Manufacturers and distributors generally have the option to repair, recycle, or destroy the problem product.

In some cases, parts of the recalled products can be safely reused or recycled. This is known as the “sustainable disposal of products,” Mike Rozembajgier, a vice president at ExpertRECALL, said in an interview with TheStreet.

But not all dangerous consumer products are removed from the market and disposed of properly.

In the case of the infamous recalled Samsung Galaxy Note 7 — a defective phone that would dangerously overheat and combust — Samsung opted to participate in the EPA’s sustainable materials management program, requiring the manufacturer to send devices to a certified recycling facility, according to Wired. The faulty battery is taken out of the device and the rest of the phone is recycled for precious metals and other materials.

On the other hand, if the product is found to be toxic, the retailer or manufacturer would have to discard of the product in compliance with federal regulations to prevent contamination or leakage of hazardous materials, according to the EPA. This may involve storage and treatment before the products are ultimately discarded.

But not all dangerous consumer products are removed from the market and disposed of properly. In some cases, shady profiteers make a quick buck by obtaining and reselling these dangerous and often toxic recalled items online.

Until Recently, Recalled Items Could Be Resold Online

It was only in 2008 that Congress finally prohibited the sane of recalled items, passing a law known as the Consumer Product Safety Improvement Act (CPSIA). This law came after a crisis involving the resale of recalled Chinese-made toys tainted with lead paint in 2007. Unknowing shoppers could purchase these toys and other dangerous items online without realizing they were recalled, placing consumers at serious risk.

"Those who re-sell recalled children's products are not only breaking the law, they are putting children's lives at risk," said CPSC Chairman Inez Tenenbaum.

The CPSC spearheaded a “Resale Round-up” campaign shortly after the passage of the law, targeting resale stores, online auction sites, and more selling products that were recalled due to hazards. The CPSC’s Internet surveillance team monitors online retailers and auction sites for potential sales of recalled items and intervenes when necessary.

"Those who re-sell recalled children's products are not only breaking the law, they are putting children's lives at risk," said CPSC Chairman Inez Tenenbaum in the 2009 press release for the “Resale Round-up” campaign. "Resale stores should make safety their business and check for recalled products and hazards to children."

Unfortunately, the resale of recalled toys still poses a problem online. The U.S. Public Interest Research Group’s 2016 Trouble in Toyland report found that of the 44 toys recalled from January 2015 to October 2016 by the CPSC, 16 of those toys were still available for purchase online.

What Happens with Recalled Cars?

It seems like there’s a new car recall every week. That’s not too far from the truth: after all, auto recalls hit a record of 53.2 million recalled vehicles in 2016, according to Reuters. But in reality, most car recalls don’t involve such catastrophic and fatal defects as the Takata airbag recall or the General Motors ignition switch recall, in which vehicle owners were told to stop driving their recalled vehicles immediately.

Most car recalls involve the manufacturer sending out a notice telling consumers to bring their car to their dealership for a free part replacement or repair.

Most recalls involve more minor issues, such as a suspension spring that could wear out prematurely, according to Consumer Reports. But that doesn’t mean you should ignore the problem: it’s always best to follow the recommended course of action recommended by the manufacturer and NHTSA.

Most car recalls involve the manufacturer sending out a notice telling consumers to bring their car to their dealership for a free part replacement or repair. Your recalled car’s safety defect must be remedied through repair, replacement, refund, or repurchase at no cost to you under the National Traffic and Motor Vehicle Safety Act, according to the NHTSA.

So most cars won’t end up in the scrapyard for a recall, and repairs or part replacements are feasible the majority of the time. But what happens to vehicles under mass recall buyback programs, like in the case of Volkswagen’s 500,000 cars affected by the emissions cheating scandal?

Unless Volkswagen is able to come up with an approved emissions modification that fixes these vehicles and brings them into compliance, these 500,000 cars are doomed to the salvage yard to be scrapped for parts, according to a U.S. Justice Department’s decree. However, the scrapping is limited to only certain parts — no part of the problematic engine is allowed to be salvaged, sold, or reused under the terms of the decree.

For now, the cars are in storage awaiting their fate.

Where Does Recalled Food Go?

Food recalls are governed by two agencies: the FDA, and the USDA, in the case of meat, poultry, and egg product recalls. Food can be recalled for a number of reasons, such as bacterial contamination, improper labeling (which can pose an allergen risk), and containing foreign objects.

Once a problem is discovered with a food product, the recall is announced. If the food product is already stocked in supermarkets and stores, the company responsible for it must pay to have those products taken off shells, disposed of, and replaced with safe products, according to Eater. If the recalled product is already in the homes of consumers, it is advised that they return it to the store where they purchased it for a refund or exchange, or throw the product away.

These recalled products will generally be disposed of in a landfill or by incineration, depending on local, state, and federal regulations, according to the FDA.

However, not all recalled food necessarily ends up in landfills. Depending on the reason for the recall, there is an entire secondary market that takes tainted meats, such as raw meats that test positive for E. coli, and safely cooks them into processed foods, according to a 2016 report by Buzzfeed. These formerly-tainted processed foods can be found in your supermarket freezer section, in fast-food, or even in pet food. And this method is USDA-approved.

“By cooking the product, the company is destroying the pathogens and preventing consumers from being exposed to contaminated product. That's a good thing,” Christopher Waldrop, the Director of the Food Policy institute at the Consumer Federation of America, told Buzzfeed.

Food safety experts, along with the USDA, say that this process is safe and reduces food waste. However, there are no labels that specify if the processed foods you’re eating were made from formerly recalled meats, so consumers simply have no way of knowing.

You Play an Important Role

With dozens of regulations and multiple government agencies controlling it all, recalls can seem like a mysterious and lengthy process. But if there’s one thing for you to take away, it’s that your voice matters in all of this.

Most recalls are initiated by a consumer making a complaint, whether it’s over a toy with a choking hazard or a car with a faulty part. Your complaint can make the difference between a defect that’s caught early and safely addressed and an undiscovered problem that ends up hurting or even killing other consumers.

That’s why you should always file a complaint if you suspect something is wrong with the products you buy. Fill out our free, no-risk case review form to learn more today.