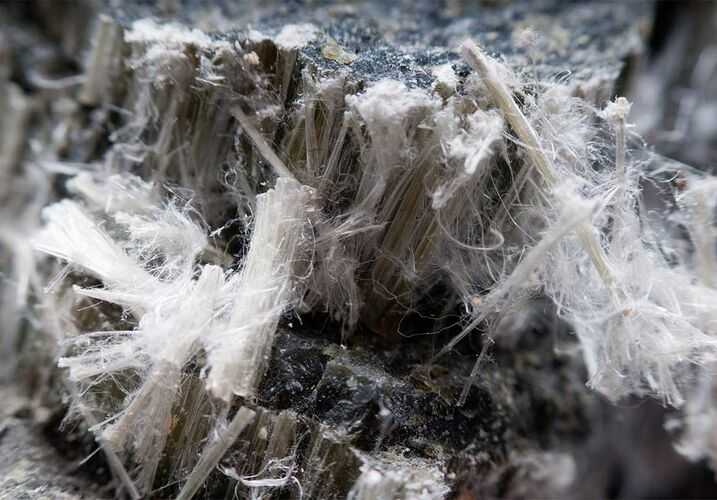 What exactly happened that was so egregious that the courts mandated such a large and unprecedented source of compensation for victims?

The general outline of the story is well known: asbestos was used for decades in many industries until its full danger become known to the public and former employees began pursuing compensation en masse and effectively forced companies out of business. But the details of a decades long cover-up by the asbestos industry has faded with the passage of time.

"In the United States, doctors observed lung scarring in asbestos-factory workers as early as 1917."

To understand why an unprecedented fund for compensation was established for past victims of asbestos-related diseases like mesothelioma — and the thousands who don’t even know yet that they’re sick — it’s critical to understand the scope of the cover-up perpetrated by the asbestos industry.

Today, in recognition of Mesothelioma Awareness Day, we dive into one of the biggest cover-ups of the century.

The health problems associated with asbestos in modern times can be traced back more than 100 years. Among the earliest contemporary findings about the dangers of asbestos came in 1900, when a physician in London discovered asbestos fibers in the lungs of a 33-year-old textile worker who had died of severe pulmonary fibrosis, according to the Environmental Working Group, a non-profit organization dedicated to protecting human health and the environment.

In the United States, doctors observed lung scarring in asbestos-factory workers as early as 1917. The following year, the U.S. Bureau of Labor Statistics published a report by an insurance statistician that noted asbestos workers died unusually early. The report also revealed it had become routine for insurers to deny coverage to workers because of the "assumed health-injurious conditions" in the asbestos industry.

"...just as certain as death and taxes is the fact that if you inhale asbestos dust you get asbestosis."

The evidence that asbestos was dangerous to those who handled it would continue to mount.

In 1927, the first workers’ compensation disability claim for asbestos-related health issues was upheld in Massachusetts. Soon after, a case of lung issues related to asbestos was discussed in the medical journal Minnesota Medicine.

By then, the ill effects of asbestos on those who handled it were clear to both insurers and asbestos manufacturers. In fact, the use of asbestos was in sharp decline prior to World War II. However, when the war began, asbestos use recovered and reached new heights that wouldn’t recede until the industry collapsed in the 1970s and ‘80s.

The reason we know that a cover-up took place to hide the ill effects of asbestos from those who worked with it: the damning internal memos from asbestos manufacturers revealed during the initial onslaught of lawsuits that eventually forced many of those companies into bankruptcy.

The memos do not beat around the bush. Many even explicitly say that asbestos is linked to illnesses such as cancer. For instance, an internal memo from National Gypsum in 1958 read:

"We know that you will never lose sight of the fact that perhaps the greatest hazard in your plant is with men handling asbestos. Because just as certain as death and taxes is the fact that if you inhale asbestos dust you get asbestosis."

Even more authoritative information was available to some companies. In a 1964 report commissioned by Philip Carey Manufacturing, a doctor described the relationship between asbestos and disease:

"There is an irrefutable association between asbestos and cancer. This association has been established for cancer of the lung and for mesothelioma. There is suggestive evidence... for cancer of the stomach, colon and rectum also... Evidence has been established for cancer developing among members of the household. Mesotheliomas have developed among wives, laundering the work clothes of asbestos workers. Substantial evidence has been presented that slight and intermittent exposures may be sufficient to produce lung cancer and mesothelioma.”

Still, no moves were made to protect workers and their families]. Exxon was also aware of the potential for secondhand mesothelioma, and in a 1974 memo the company stated:

"Not only are we violating the existing regulations concerning clothing by not providing such clothing and laundering it, but we are also failing to protect our employees and the families of our employees from asbestos exposure."

This was a calculated decision, though, and revealing the dangers of asbestos would not only lead to punishing litigation but would affect the bottom lines of each company using the mineral. An internal memo from a manufacturer of asbestos-laden products, Johns Manville, lays out the calculation many companies made:

"The fibrosis of this disease is irreversible and permanent so that eventually compensation will be paid to each of these men. But, as long as the man is not disabled it is felt that he should not be told of his condition so that he can live and work in peace and the company can benefit by his many years of experience."

An even more cold-hearted memo came from the Director of Purchasing for Bendix Corporation in 1966. One line sums up the callous thinking:

"...if you have enjoyed a good life while working with asbestos products, why not die from it."

These are just a few of the many memos you can read on the EWG website that demonstrate how companies using asbestos knew it would kill their employees and possibly their loved ones. Such companies put profits before the lives of their employees for decades, and those effects are still felt today.

After learning the history of asbestos and how the health risks associated with handling it were well known for nearly a century, it’s easy to understand why an unprecedented trust fund of $30 billion was established for victims of asbestos-related diseases.

"...if you have enjoyed a good life while working with asbestos products, why not die from it."

The length and scope of the cover-up by the asbestos industry is unmatched and it remains to be seen if $30 billion is enough to compensate all the future victims of asbestos-related disease like mesothelioma. For now, the trusts are sufficiently stocked with funds for compensation in addition to the other avenues asbestos victims can take to recover compensation.

If you are suffering from mesothelioma or another asbestos-related disease, you are the victim of one of the largest cover-ups ever. You may be entitled to compensation.