Social Security 101: All Your Retirement and Disability Questions Answered 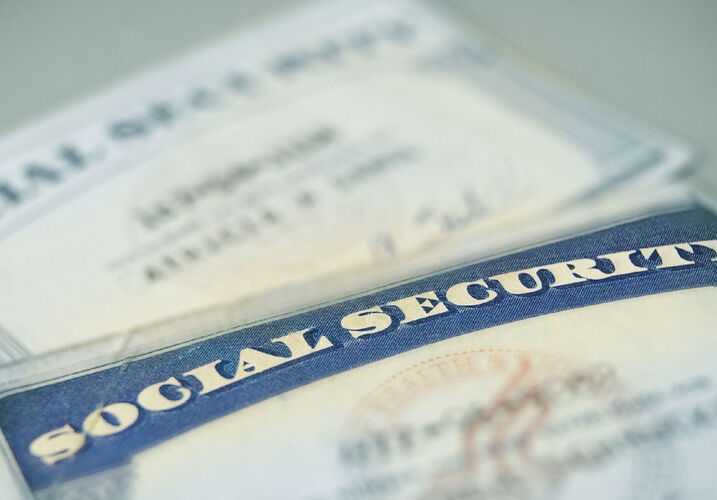 If you look at your last paystub, you will almost certainly see a deduction for Social Security. That’s because — with very few exceptions — all workers and employers pay into Social Security through a dedicated payroll tax, with the expectation they will receive supplemental income during their retirement years.

However, few know how much they’ll receive in benefits, how the amount is calculated, or their full retirement age. In fact, only 14 percent of workers know how much Social Security they'll be getting when they retire, according to a 2017 survey by Fidelity Investments. Many also don’t realize that the program doesn’t exist solely to serve retirees — others benefit from the program as well, thanks to expansions to the original Social Security Act.

Needless to say, there is a great deal of misconception and confusion surrounding the benefit. So today, we dive into the basics about Social Security: What exactly is it? Who benefits from it? And when did the program first begin in our country?

The Origin of Social Security

Social Security is one of our country’s most important federal programs, but it’s also a relatively young program, with roots tracing back to less than 100 years ago.

The program was born in the midst of the Great Depression, the worst economic crisis in modern history, when the stock market crashed, thousands of banks collapsed, and millions of citizens were left unemployed as a result.

While the Great Depression was universally devastating, the elderly were particularly hard-hit, and poverty among older adults grew dramatically after the Great Depression, according to the U.S. Social Security Administration. There are a few reasons for this.

Our country experienced a major demographic shift in the early 20th century. The traditional way of life went from large families and an agricultural, farm-based society — one where grandparents and elders could expect to be comfortably cared for in their old age — to an industrial society in large cities where people depend upon wages to live, according to the SSA.

Young people left the farm — and their parents — behind, moving to cities en masse to find work.

This change in the way people earned a living and cared for retired relatives, along with a significant increase in life expectancy, put the elderly in a precarious situation with little economic security to depend upon in their golden years.

The nation was in crisis, and something had to be done. In 1934, President Franklin D. Roosevelt announced his intentions to model a solution based on the social insurance programs seen in Europe at the time. That’s how the Social Security Act was born.

Upon signing the act, President Roosevelt said, “We can never insure 100 percent of the population against 100 percent of the hazards and vicissitudes of life, but we have tried to frame a law which will give some measure of protection to the average citizen and to his family against the loss of a job and against poverty-ridden old age."

Additional amendments were made in the decades following the initial signing of the Social Security Act, adding protections for the families of deceased workers, disabled workers and their family members, and people with little income and resources who have a disability or are 65 years or older.

Fact: Absolutely false. Social Security provides benefits to 61 million people in the United States, including retired workers and their families, survivors of deceased workers, disabled workers, and their families, according to the SSA. When you pay into Social Security, you don’t just pay into your retirement — you pay to protect yourself and your family in the case you are disabled or die a premature death.

Myth: “The Social Security taxes you pay go into a dedicated account under your name, which you get back with interest once you retire.”

Fact: Social Security works by pooling together the tax contributions of all workers into one large fund, and paying those benefits out to those who are eligible for them at the time.

Myth: “You should always begin collecting Social Security as soon as you’re eligible for benefits at age 62.”

Fact: Some people believe if they begin collecting earlier, they’ll earn more over the long run. However, if you delay, your benefits could increase by approximately 8 percent for every year you wait until age 70, according to financial publication The Street. The choice of when to begin collecting depends on each person’s individual circumstances and finances, but it often pays to wait. (It can be helpful to consult a financial advisor for advice tailored to your particular situation and needs.)

Myth: “Your Social Security benefits are based on your most recent working years.”

Fact: Some people worry that a lower income before retirement could negatively impact their Social Security benefits, but that’s incorrect. The SSA averages your highest 35 years of earnings to calculate benefits, regardless of when those years occurred in your career.

SSD provides benefits for people who have a disability that is expected to last for at least one year or result in death, and prevents them from being able to work, according to the definitions set out by the SSA. The amount of disability benefits a person can receive is based on their work history and earnings.

And while the likelihood of becoming disabled may seem slim, it actually isn’t. Studies have shown that a 20-year-old worker has a 25 percent chance of becoming disabled before reaching full retirement age, according to the SSA. That’s why the amendment to the Social Security Act to include SSD benefits was so important.

There are some big misconceptions about Social Security Disability, according to Bartholomew C. Zadel, a Morgan & Morgan attorney who has handled thousands of disability hearings before the Social Security Administration. Those include:

Myth: “A person can seek Social Security Disability for a short- term injury or illness, or, if they cannot perform their past work and are limited to lesser jobs.”

Facts: There are no temporary or partial disability benefits with Social Security.

Myth: “If you are denied by Social Security after the initial application, you will never be able to receive those disability benefits.”

Facts: Definitely untrue. Applicants who had their claim for SSD denied always have the option to appeal the decision within 60 days of receiving the decision letter.

“In fact, most cases are denied at the initial stage and claimants may have to appeal several times before ultimately being found disabled and entitled to benefits,” says Zadel.

SSI provides monthly benefit payments for people who have low income and few resources and are ages 65 or older, blind, or disabled. These benefits may also be available for families with children who have severe disabilities and limited resources, regardless of the parent’s ability to work, and parents can receive these benefits as long as their child is disabled and unable to support themself financially.

Denied Benefits? We May Be Able to Help

While Social Security benefits provide a crucial safety net for our country’s citizens, it’s not always easy to get the benefits to which you’re entitled. The application and appeal process can be disheartening for many, but it’s important not to lose hope.

“Most claims are denied after the initial application is filed. The process for appealing a claim can be complicated and confusing, causing some people to just give up,” said Zadel. “But an experienced attorney gives a claimant an advantage in this process. Hiring an experienced attorney helps to avoid missed deadlines, common filing mistakes and denials for technical reasons.”

If you applied for Social Security Disability or Supplemental Security Income and your claim was denied or lowballed, we may be able to help. Fill out our free, no-risk case review form today to learn how a Social Security disability benefits attorney could help you appeal a denied claim.