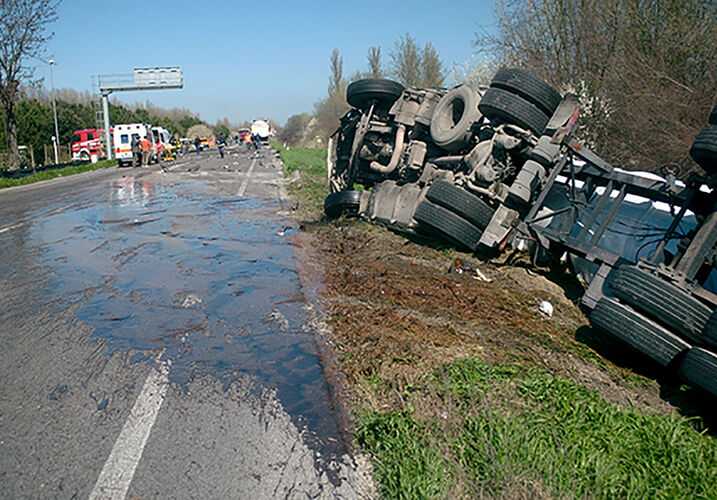 Two tractor-trailers collided on the Kansas Turnpike in the early hours of Nov. 21, KAKE reported. One truck was traveling behind the other when an axle of the truck in the front seized up, and the driveshaft broke. When this happened, the second vehicle hit the first in the rear. The driver of the second truck was transported to a hospital in Wichita, while her passenger, Stanley Sims, 49, of Waldron, Arkansas, died at the scene. The two people in the leading truck were unhurt. The Kansas Highway Patrol reported that the debris from the wreck caused another crash, but no one was seriously hurt in that incident.

According to the Insurance Institute for Highway Safety, 4,102 people died in large-truck crashes in 2017, and around 17% of those were occupants of those vehicles. There were also 107,000 large trucks involved in accidents in which an injury occurred, according to the Federal Motor Carrier Safety Administration, up 5% from the previous year. In 2018, manufacturer recalls exceeded vehicles sold, Forbes reported.

A motor vehicle accident, and even one that doesn’t kill, can derail your life with medical bills, missed days at work, and permanent impairments. If a defective part is responsible for a car accident, the motor vehicle manufacturer is likely liable for damages. Recovering those costs, however, is not easy when stubborn insurance companies try to deny you what you are owed. Fight back and contact Morgan & Morgan. Hiring a lawyer earns on average three times what unrepresented clients receive in damages. This is because money-hungry insurance companies will use underhanded legal maneuvers to attempt to avert liability. At Morgan & Morgan, we have won over $5 billion for our clients, and we’re ready to fight for you.