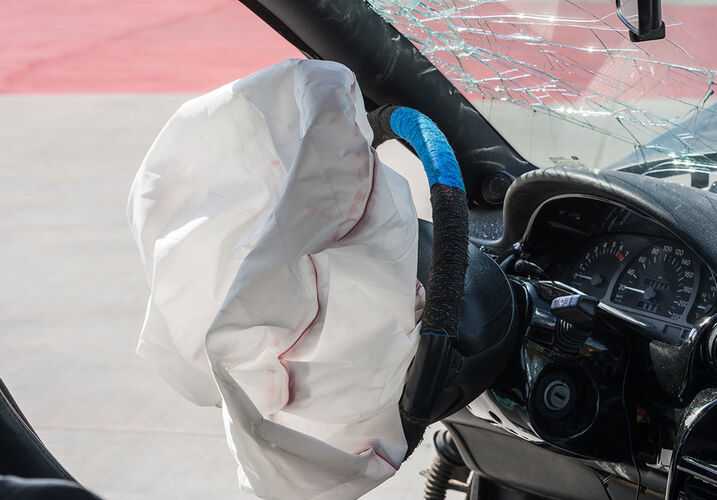 A Texas teen is the latest victim of exploding Takata airbags, after she died last week following a minor traffic accident. The death underscores the serious risk of severe injury or death these airbags could cause, despite federal regulatory action and a national recall of more than 20 million cars.

As of October 2016, 16 deaths and over 100 injuries have been linked to Takata airbags, and more than 60 million airbags contain a defect. 28 million airbags have been recalled in the U.S. and the recall will potentially expand to even more manufacturers.

Hum Hanif, 17, died on March 31, after she rear-ended the car in front of her, prompting the airbag in her car to deploy and eject metal shrapnel into her neck, according to a New York Times report. Models from companies such as Honda, Toyota, and BMW, among others, have been a part of the recall.

Eye witnesses claim that Hanif exited the vehicle following the accident and immediately collapsed with what appeared to be a wound on the side of her neck. First responders pronounced her dead at the scene, according to news reports.

Hanif is the 10th person in the U.S. to die as a result of Takata’s airbags, which are in many makes and models of cars sold in the U.S. and are at the center of the largest auto recall in U.S. history. Fourteen automakers have recalled 29 million airbag inflators from about 24 million vehicles so far. However, the recall is expected to expand even more.

Reuters revealed in February that 70 to 90 million more airbag inflators may need to be recalled. Yet, this is a conservative estimate compared to a controversial Bloomberg News report last month that quoted a Takata official who said a worst case scenario would involve recalling up to 287.5 million inflators worldwide.

Takata uses ammonium nitrate to propel its airbags, but the substance can become unstable over time or when it is exposed to moisture, according to a report by Reuters.

Hanif’s car model was a 2002 Honda Civic, and Honda confirmed that the vehicle had been recalled multiple times since 2011. Notices were sent to the vehicles’ owners, but the car was never brought in for repairs.

The airbag inflator recall began in 2009 with just few thousand vehicles, but has since expanded into its current historic size.

In an agreement with the National Highway Traffic Safety Administration from 2015, Takata agreed to pay $200 million, the largest civil penalty ever handed down by the safety agency.

As part of the agreement, Takata agreed to no longer use ammonium nitrate in newer models, but had until 2018 to prove that the chemical is a safe airbag inflator for cars already on the road that have not been recalled.

This incident does not bode well for Takata, as more deaths and injuries make it increasingly unlikely that ammonium nitrate is safe for use in any airbag inflator. This is especially true for those who live in warmer states, as Hanif did.

Ammonium nitrate can become unstable over time, or from a build up of moisture in the steering wheel, according to news reports. Warmer states were some of the first places where the recall was issued, because of the increased risk posed by humid climates. If you live in a warmer state, and your car has been recalled, don’t delay getting the necessary repairs.

If you were already injured by one of Takata’s defective airbags, be aware that the attorneys at Morgan & Morgan are currently filing lawsuits on behalf of victims. Some people cut by Takata’s airbags do not realize their injuries were caused by exploding shrapnel from the airbag, though. If you were in a car accident in which your airbag deployed and you sustained cuts or lacerations that needed stitches, the injuries you sustained may have been caused by shrapnel from the airbag, not the accident.

These injuries were avoidable, and if you would like to hold the company allegedly responsible for your injuries accountable, fill out a free, no obligation case evaluation form to find out if you are eligible to file a lawsuit.