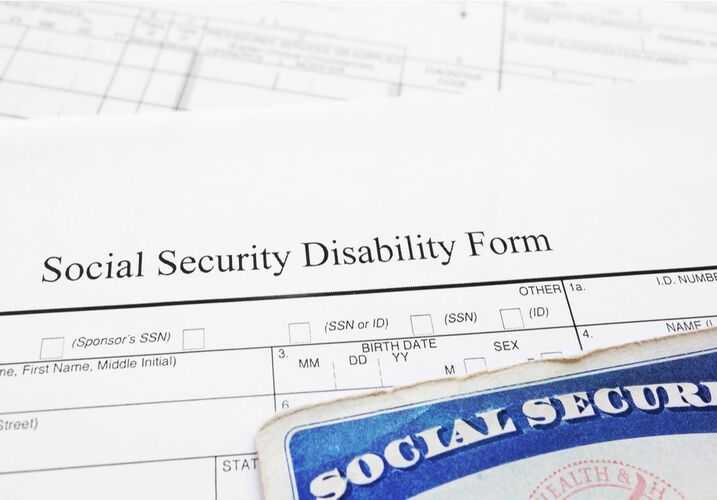 Ever since it became law in 1956, Social Security Disability Insurance (SSDI) has been a financial safety net for American workers. Workers pay into the program through the Social Security tax, and if they work long enough, they are considered “insured” under the program. If an insured worker becomes disabled and loses the ability to earn their own living, they may qualify for a monthly benefit.

The SSDI program has changed a lot since its inception, from its scope and impact to  the makeup of those  who are insured under the program. Here is a look at some of the changes over time in SSDI, and the trends we see today.

More people — and more women, in particular — are insured than ever before

While more people are getting SSDI benefits, these benefits are not going to a much higher percentage of workers. 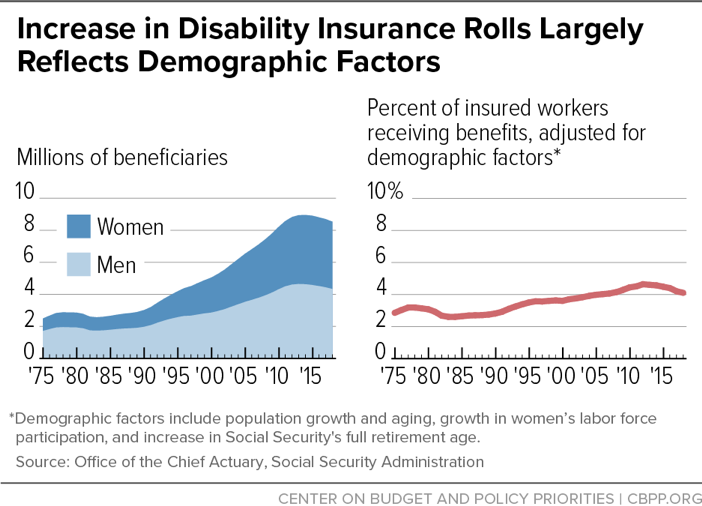 That’s because the size of the insured workforce has grown tremendously in that time, thanks to a variety of factors like population growth, more women joining the workforce, and the rise in the Social Security retirement age from 65 to 66.

Much of the percentage rise can be attributed to the Baby Boomer generation as they reach the 50-65 age bracket — the age when workers are most likely to apply for and qualify for benefits.

Fewer people apply for SSDI, and fewer applications are being accepted 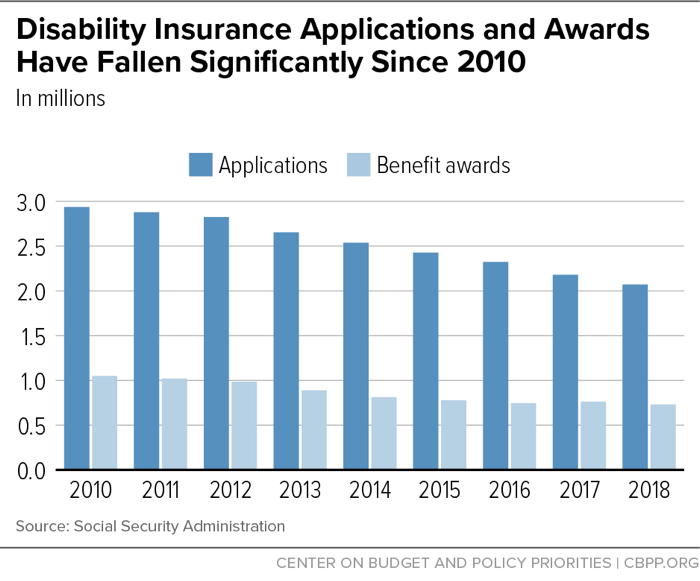 After years of growth in both applications and awarded benefits, the number of applicants and accepted applications had leveled. Now, they’re dropping. This is because the wave of Baby Boomer applicants has crested. In 2020, fewer than four in 10 applicants can expect to eventually receive benefits.

The Social Security Administration (SSA) expects the number of applications and awarded beneficiaries to remain stable.

SSDI beneficiaries are older, in very poor health, and rely almost entirely on their benefits to support themselves

Seventy-five percent of SSDI beneficiaries are 50 or older, and almost 35 percent are 60 or older. The majority of them suffer from a severe mental, musculoskeletal, nervous system, or other debilitating condition. As a consequence, SSDI beneficiaries die at a much greater rate than other Americans in their age group.

SSDI beneficiaries are also unlikely to return to work. In 2009, only 6.5% of beneficiaries had their benefits terminated due to income.

Those who do return to work are unlikely to earn much compared to same-aged peers.

In 2017, there were 1.1 million applications pending and the average wait time was 21 months. Those numbers have dropped since, but there is still a backlog comprising hundreds of thousands of applicants. They can all expect to wait months or even over a year to get a decision.

If you or a loved one is unable to work due to a disability and is thinking about applying for SSDI, or even if you’ve already applied and have been rejected, Morgan & Morgan SSDI attorneys may be able to help.

Applying for SSDI can be a complex process, with many potential pitfalls that can lead to a rejection or unnecessary delay. Working with an experienced SSDI attorney can minimize those chances, and help you get your best shot at getting the benefits you need.

The best part? You don’t pay a dime unless we successfully get you those benefits. So call today for your free consultation, and let us get started fighting for you.

On Veterans Day we honor those who’ve served our country and the families who in their own way serve along with them. Joining the armed forces is one of the highest forms of sacrifice one can make,…