How Naples Residents Can Stay Safe During a Lightning Strike 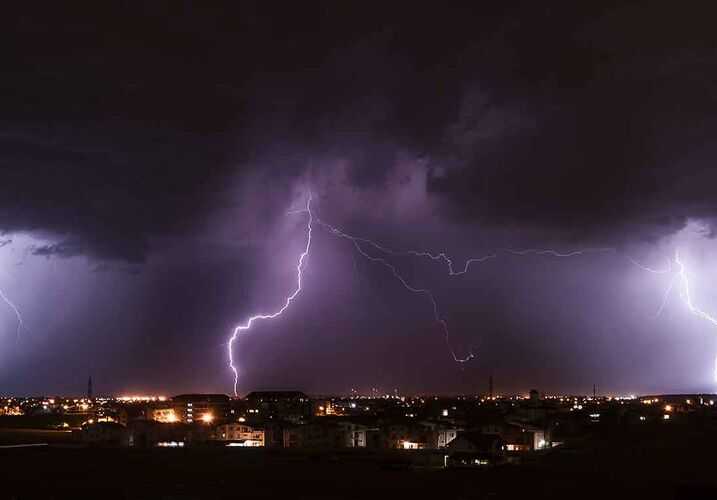 A construction worker died in the Naples area after he was struck by lightning earlier this week. The worker, who seemed to be gathering his materials to move indoors at the worksite, was struck on the chest while working on the floor deck of a development off U.S. 41.

Florida suffers from the highest number of lightning fatalities in the United States, according to the U.S. National Oceanic and Atmospheric Administration. The state has racked up four fatalities this year alone, out of the 18 deaths recorded by the National Weather Service.

“It was pouring rain when we got there,” Battalion Chief Winthrop Telford of the Bonita Springs Fire Control and Rescue District told Naples News. “We’re not sure if he was struck during the rain or before.”

Lee County EMS attempted resuscitation for 25 minutes, but the man died at the scene after the lightning went through his chest and out his left leg. While major thunderstorms continue to rage through Florida this steamy summer, here are some ways to stay safe.

The saying, “when thunder roars, go indoors” couldn’t ring truer than the situation that occurred in nearby Bonita Springs.

“If you hear thunder, lightning is right behind it,” he said.

The Centers for Disease Control encourages people to follow the 30-30 rule: After seeing lightning, start counting to 30. If you hear thunder before reaching 30, head indoors to a non-concrete structure — if possible — and suspend any outdoor activity at least 30 minutes after the last clap of thunder.

Don’t Go Near the Water

Water pipes are excellent conductors of electricity, so avoid taking a shower, getting in a bath, or using any plumbing of any kind during a storm with thunder and lightning. This is also one of the main reasons why lifeguards request swimmers get out of the pool in the event of an approaching thunderstorm.

Because lightning is random and unpredictable, the National Lightning Safety Institute says that pool activities should not resume until at least 30 minutes after the last thunder clap is heard.

It is OK to receive information prior to the storm on electronic devices, but avoid them at all costs during the storm itself, because lightning can travel through electrical systems and radio and television reception systems. The CDC and NOAA asks individuals to avoid all corded phones and only use them in case of an emergency. Opt for a cordless phone if possible.

No Shelter? Crouch Down

Being indoors does not guarantee complete safety, and lightning accidents can actually occur inside the home. If no shelter is available in your area at the given time, crouch low with as little of your body touching the ground as possible, according to the CDC. Lightning causes electrical currents along the top of the ground and can be very deadly even if the lightning struck 100 feet away from the individual.

Those are some simple steps for people to avoid lightning exposure, but what about people who are at risk on the job and can’t always practice those steps?

Don’t forget that lightning strikes the tallest objects in an area. If you’re working outdoors, that could be cranes, utility poles, trees, ladders, scaffoldings, cell phone towers, or rooftops. Don’t be the tallest object in an area, as you’re putting yourself at risk for being struck. If possible, retreat to dense areas of smaller trees or low-lying areas like a ditch or valley. Avoid any open areas like fields.

The Occupational Safety and Health Administration also encourages workers to stay away from all metal objects, equipments, and surfaces. This includes fencing, plumbing, wiring and any other metallic equipment as they make excellent conductors of electricity.

Have an Emergency Action Plan

Employers should have a written emergency action plan for their employees as per the OSHA’s requirements. This lightning safety protocol must inform supervisors and workers to take action if they hear thunder, see lightning, or any signs of an approaching thunderstorm. The EAP must indicate how workers are notified about lightning safety warnings, indicate response times necessary for all workers to reach a safe shelter, and identify locations and requirements for safe shelters.

There are a variety of ways workers can get injured on the job, and sometimes they have trouble getting what they’re owed for an on-the-job injury.