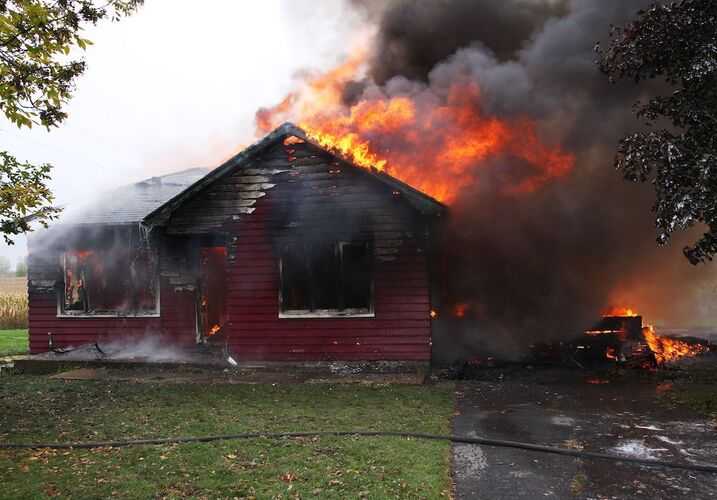 The gas explosion upended the cities located north of Boston, killing one person, injuring 20 others, and burning as many as 80 homes and businesses. Thousands of people were forced to evacuate, and although some were allowed to return within a few hours, many were left searching for somewhere safe to sleep for the next few days.

For residents of Lawrence, Andover, and North Andover who have questions about insurance claims, health concerns, and what their rights are in the aftermath of this tragedy, we are holding an informational seminar on Thursday, Sept. 2018, from 6-8 p.m. at The Claddagh Pub, 399 Canal St, Lawrence. We will have experts on hand, including environmental advocate and activist Robert F. Kennedy, Jr.

The lawsuit is also seeking an injunction ordering Columbia Gas to fix its natural gas pipes and implement safety measures to ensure nothing like this happens again, in addition to punitive damages.

Morgan & Morgan is also looking to represent those who have suffered property damage and/or personal injury from the explosions on an individual basis.

What Does The Complaint Allege?

The lawsuit alleges that Columbia Gas knew or should have known the design, operation, and maintenance of its gas pipes was insufficient and could result in the evacuation of many buildings.

To begin with, many of the pipes operated by Columbia Gas are made of cast and wrought iron, in addition to steel, some of the materials most susceptible to catastrophic explosion, according to the complaint. Many of these pipes were installed over 60 years ago, before natural gas was even piped into homes.

The pipes operated by Columbia Gas were originally designed to transport a different kind of gas, and were not properly coated to protect them from the environment. The age and lack of protective coating makes operating such pipelines risky, according to the complaint.

But, the complaint alleges Columbia Gas was well aware of this.

On Oct. 31, 2017 Columbia Gas identified 150 leaks in its distribution system that required $26,839,832 to repair, according to the complaint. These repairs were not performed before Sept.r 13, however, and the alleged result is catastrophic failures, explosions, and fires throughout Lawrence, Andover, and North Andover.

This is not the first time Columbia Gas pipes are alleged to have caused a catastrophic failure. In just the last few years, the company has been fined more than $100,000 for failing to comply with certain safety regulations.

Additionally, in 2012, Columbia Gas punctured a gas line in Springfield, Massachusetts, resulting in an explosion that injured 21 people, destroyed a place of business, damaged a dozen adjacent buildings, and caused $650,000 in damage to city property.

Other companies owned by NiSource have also caused damage, including in 2015 when a NiSource subsidiary caused $9 million in structural damage in Ohio when gas was released from an improperly abandoned gas service line, according to the complaint.

What Allegedly Caused The Explosion?

The National Transportation Safety Board is still determining what caused the explosions, but preliminary reports suggest overpressurization was the culprit, according to the New York Times. It has been reported that the pressure in the pipes at the time of the explosions was 12 times higher than they were designed to carry.

At a press conference announcing the lawsuit, attorneys Petosa and Robert F. Kennedy Jr. said that our investigators will be conducting their own investigation, in addition to the one being conducted by governmental entities. Our attorneys have experience with similar cases, previously working on the 2015 Aliso Canyon gas leak in Porter Ranch, California and the Deepwater Horizon oil spill in the Gulf of Mexico.

Columbia Gas’s response to the explosion and subsequent mass evacuation has been criticized by many, including the mayor of Lawrence and the governor of Massachusetts. Mayor Dan Rivera described Columbia Gas as “the least informed and the last to act,” according to the Times.

Governor Charlie Baker was also critical of Columbia Gas, and was particularly frustrated with its failure to communicate with residents and public officials clearly and early, according to the Boston Globe. Baker also said Columbia will ultimately be responsible for all losses.

We are now looking to help those who’ve suffered property damage or injuries as a result of the gas explosions. If the explosions affected you or a loved one, contact us today for a free, no-risk case evaluation.