JPMorgan Gold Traders Cheat Scam — Have You Been Spoofed? 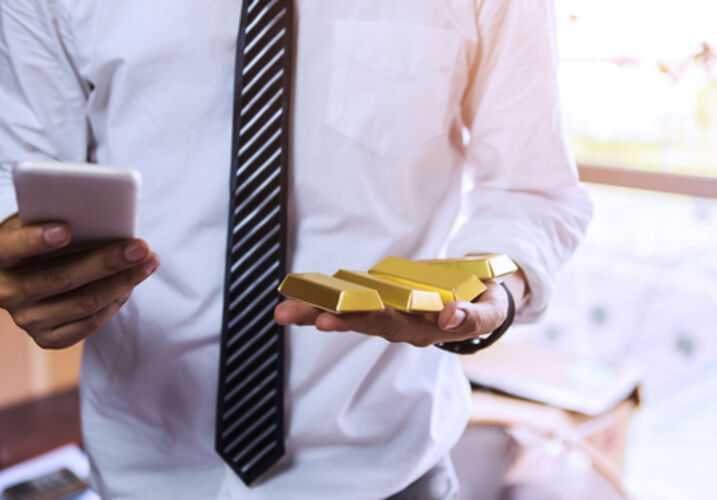 It emerged in the past couple of weeks that JP Morgan has been using “spoof” trades in the market in order to cheat traders and make more profits, as per the New York Post.

But what does that mean for JP Morgan, what exactly is “spoofing” and how has it affected people? Below you learn more about spoofing and what you can do if you’ve been affected.

The chances are that you’ve heard of JPMorgan, seeing as though they are the largest bank in America. Founded in the year 2000, but with a history that traces back to the 18th Century, JPMorgan now operates worldwide, and its revenue is in the hundreds of billions.

So why the need to operate scams such as this one? Perhaps greed knows no bounds.

It isn’t the first time JPMorgan has come under investigation from a legal standpoint, with charges of securities fraud dating back as far as 2002. Caught up in multiple fraudulent dealings involving Enron Corp, the company was ordered to pay out over $2 billion in fines and legal settlements by the Securities and Exchange Commission.

More recently, under a closely linked investigation in 2020, three of their top executives were convicted of fraud and ordered to pay $1 billion in fines, but the story rumbles on with new developments that came to light in the past couple of weeks.

Former trader and employee of JPMorgan John Edmonds is the man who’s come forward with new information about the company. As a whistleblower, Edmonds alleges that he was taught how to support the company’s culture of systematic fraud and stated “everyone at the time did it,” which alludes to just how prominent the illegal activity is.

He said learning how to spoof trades at his desk was “expected,” and he feared for his job if he didn’t comply.

“Spoofing” refers to a type of market manipulation when a trader places a highly visible order to influence the price of the shares — in this case, it was the precious metal gold — and when the share price rockets, the initial order is canceled. The trader then places a new order that takes advantage of the price change.

According to Edmonds, this rife activity was going on for all of 20 years, so you can imagine just how many millions may have been made in profits during this time.

Such huge information coming from an ex-employee at JPMorgan could have huge implications across the country, especially for those who have accounts that have been affected.

One real-life example of spoofing was given in an article for the New York Post when the investigation first began.

This made the initial deal look even better because of the falling price.

The real deal was then accepted, leaving the bank at a profit when the fake deal did not go through.

With this kind of thing happening potentially every day, across multiple desks and for years on end, there’s no way of telling just how much money may have been made from such a deeply-rooted, systemic scheme.

That being said, you can guarantee the profits will have been millions, if not billions, of dollars — all fraudulently gained from unsuspecting traders.

While scams and fraudulent activity come in many forms, with such a huge operation from one of the largest operating banks in the world, it would have been near impossible to uncover this corruption from the outside, and any number of people could have been affected in the general public.

Who’s Being Investigated at JPMorgan?

There have been three high-profile executives named specifically in the investigation so far. Former global head of precious metals trading desk Michael Nowak, precious metal trader Gregg Smith, and hedge fund salesman Jeffrey Ruffo have been charged by the Justice Department with racketing and conspiracy charges and will face trial.

John Edmonds was the first person in the company’s department to plead guilty to the crimes and has now started to work alongside the investigation in order to bring his former employers down.

What’s Next for JPMorgan?

You can bet your bottom dollar that this won’t be the last news story breaking about the giant bank. While the investigation continues, it’s clear that a number of high-profile executives at the company could be in serious legal trouble.

One has to wonder just how many other commodities or departments have also been engaging in fraudulent activities such as spoofing, as this case only relates specifically to the gold traders at the company.

As we’ve mentioned, the bank is no stranger to controversy and being dragged through the courts, as well as coming under fire for their investment in new fossil fuels as recently as 2019. The latest scandal once again shows that JPMorgan will do seemingly anything they can as long as it means that they can profit from it.

The future of JPMorgan remains to be seen, as the bank has weathered many legal storms in the past and continues to operate at huge financial gains.

Have you held an account with JPMorgan that may have been affected by the spoof trades? Let us know! We recognize the terrible impact this can have on various parts of your life, from your bank account to any mental well-being issues it can cause for you and those around you.

Our Morgan & Morgan attorneys have years of collective expertise and experience, and we’re ready to support you to get the justice you deserve.

Contact us today for a free, no-obligation case evaluation to get started.

A statement was recently released on the Japanese Nintendo’s website warning any fans who are using old hardware to stop all immediate use due to security issues.  The statement confirmed that using…

Recent complaints have alluded that credit bureau Experian’s weak website security has left some customers unable to access their accounts, which have allegedly been hijacked by hackers. The company…