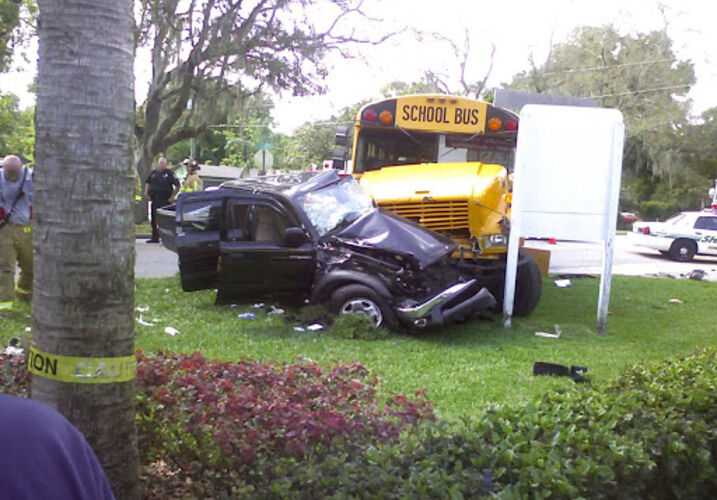 Two people are dead after a school bus collided with an SUV on Illinois 32 near the city of Sullivan, the Associated Press reported. The Sept. 27 crash occurred when the southbound bus collided with the SUV, which was proceeding after stopping at a stop sign. The driver of the SUV, Lori Samples of Decatur, and one of the children on the bus, 5-year-old Tyson Mendoza of Gays, were pronounced dead at the scene. The driver of the bus was injured.

The parents of the eleven students on the bus were contacted following the incident, the Journal-Gazette & Times-Courier reported. The Sullivan Fire Department, Moultrie County Coroner’s Office, Illinois Department of Transportation Accident Reconstruction Team, Sullivan Police Department, Moultrie County Sheriff’s Department, and Illinois State Police all assisted in the emergency response. A detour was set up to divert traffic from the scene for several hours. A school bus crash happened at that same intersection in 2017. In that accident, an eastbound minivan drove into the path of a northbound bus. The minivan driver in that incident was charged with aggravated driving under the influence.

When you send your kids off to school, you expect them to be safe from the moment they step onto the school bus to the moment they come home. The emotional devastation of a school bus crash is only compounded by the financial worry of paying for medical bills or, unthinkably, funeral costs. If your child was injured or killed in a school bus accident, you may be entitled to compensation. Contact Morgan & Morgan for a free consultation to discuss your options. Time may be running out to file your claim.